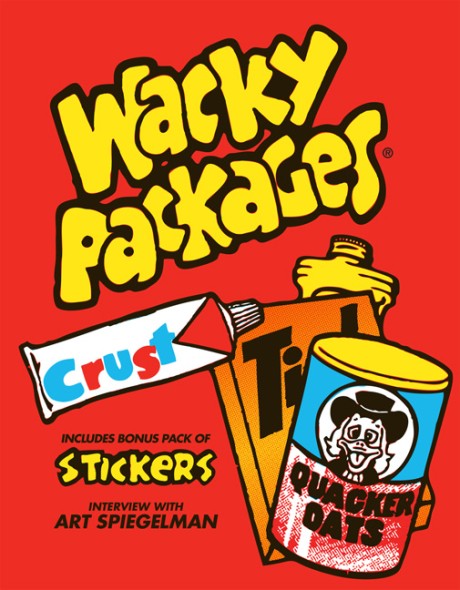 By The Topps Company
Introduction by Art Spiegelman

Wacky Packages—a series of collectible stickers featuring parodies of consumer products and well-known brands and packaging—were first produced by the Topps company in 1967, then revived in 1973 for a highly successful run. In fact, for the first two years they were published, Wacky Packages were the only Topps product to achieve higher sales than their flagship line of baseball cards. The series has been relaunched several times over the years, most recently to great success in 2007.

Known affectionately among collectors as "Wacky Packs," as a creative force with artist Art Spiegelman, the stickers were illustrated by such notable comics artists as Kim Deitch, , Bill Griffith, Jay Lynch, and Norm Saunders.

This first-ever collection of Series One through Series Seven (from 1973 and 1974) celebrates the 35th anniversary of Wacky Packages and is sure to amuse collectors and fans young and old.

The Topps Company, Inc., founded in 1938, is best known as a leading producer of baseball cards and other trading cards and stickers. They are also known for Bazooka bubblegum, which was introduced in 1947.