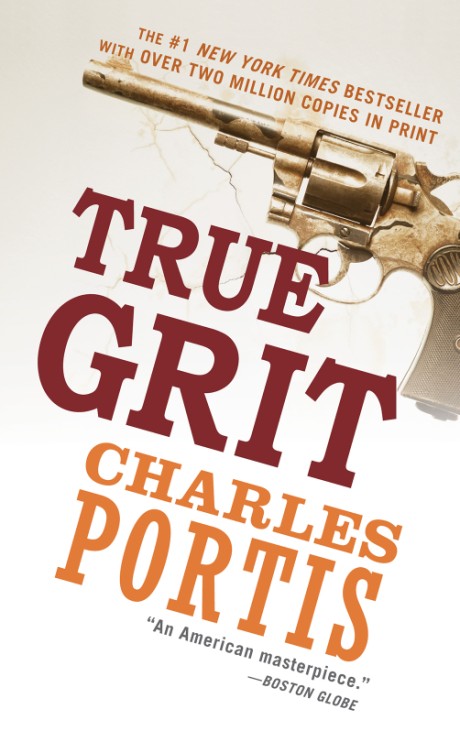 True Grit tells the story of Mattie Ross, who is just fourteen years of age when a coward going by the name of Tom Chaney shoots her father down in Fort Smith, Arkansas, and robs him of his life, his horse, and $150 in cash. Mattie leaves home to avenge her father’s blood. With the one-eyed Rooster Cogburn, the meanest available U.S. Marshal, by her side, Mattie pursues the homicide into Indian Territory. First brought to the big screen in the classic 1969 western starring John Wayne and remade brilliantly in 2010 by the Coen brothers and starring Jeff Bridges, True Grit is eccentric, cool, straight, and unflinching, like Mattie herself. From a writer of true status, this is an American classic through and through.