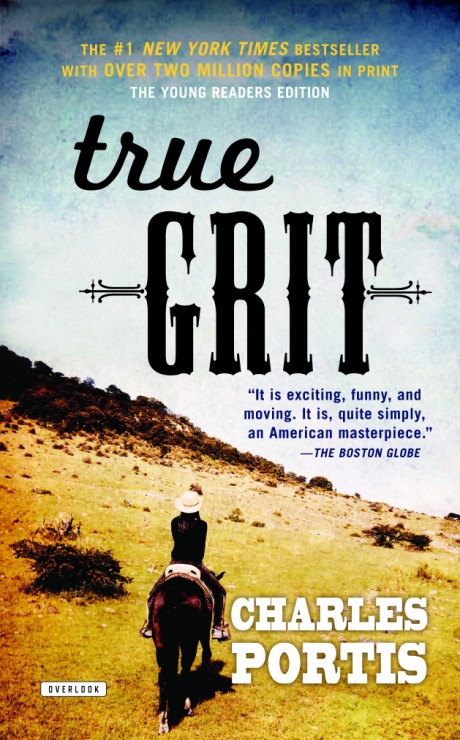 The Young Readers Edition of the #1 New York Times bestseller, with over two million copies in print, is now available for a whole new generation of Portis fans, complete with the full text of the classic novel, a new afterword, and a readers guide.

True Grit tells the story of Mattie Ross, who is just fourteen when the coward Tom Chaney shoots down her father in Fort Smith, Arkansas, and robs him of his life, his horse, and $150 in cash. Determined to avenge the killing, Mattie enlists the help of Rooster Cogburn, the meanest available U.S. Marshal, and pursue the killer into Indian Territory. As Mattie outdickers and outmaneuvers the hard-bitten types in her path, her vitality and resourcefulness amuse, impress, and touch the reader. What happens―to Mattie, to the gang of outlaws unfortunate enough to tangle with her, to Rooster and the swaggering Texas Ranger LeBoeuf―rings with the dramatic rightness of legend. An instant bestseller and critical success upon its first publication and the basis for two highly praised, award-winning films, True Grit is an American classic through and through.

The Young Readers Edition includes the complete text of True Grit, an afterword by Leonard S. Marcus, and discussion questions. True Grit is a selection of the National Endowment for the Arts Big Read Library.

Charles Portis (1933–2020) lived in Arkansas, where he was born and raised. He was a graduate of the University of Arkansas, which in 2018 awarded him an honorary doctorate in Humane Letters. He served in the Marine Corps during the Korean War, was the London bureau chief of the New York Herald-Tribune, and was a writer for The New Yorker. He is the author of four other novels, also available from The Overlook Press: Norwood, The Dog of the South, Masters of Atlantis, and Gringos. A selection of his writing has been collected in Escape Velocity: A Charles Portis Miscellany.