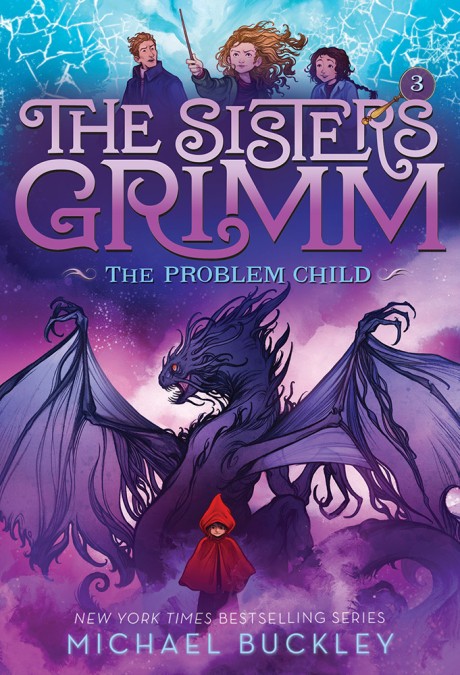 The Problem Child (The Sisters Grimm #3)

For Sabrina and Daphne Grimm, the latest in a long line of fairy-tale detectives, there is one mystery they want to solve above all others: Who kidnapped their parents? Sabrina finds the secret hideaway of the Scarlet Hand, the sinister group of Everafters who are holding her parents captive, and she has a chance to rescue their mom and dad. But her plan is foiled by the most famous fairy-tale character in the world. How can a human child defeat a magic one? With the help of her little sister (who is a lot tougher than Sabrina realizes) and a long-lost relative, Sabrina finds a powerful weapon . . . but discovers that magic comes at a high price.

Repackaged with new cover art, these anniversary editions of the beloved Sisters Grimm series are the perfect opportunity for existing fans to revisit the adventures of the Grimm family and for new readers to discover the magic of the series for the first time.