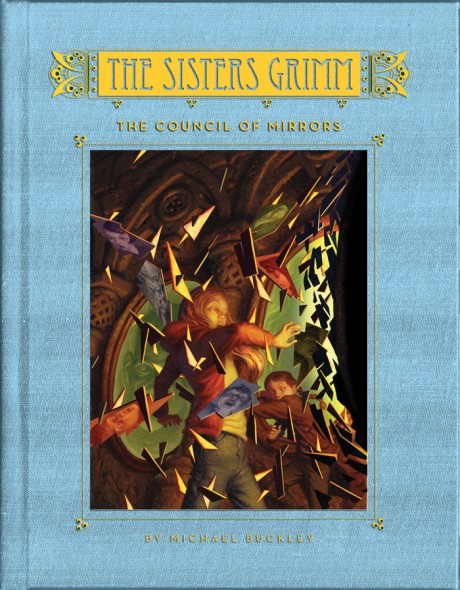 The Council of Mirrors (Sisters Grimm #9)

Grany Relda’s body has been hijacked by the Master, and it’s up to Sabrina, Daphne, and the rest of the Grimms to fight for her freedom and that of Ferryport Landing in the series’s grand finale. As war rips the town apart, Sabrina consults a team of magic mirrors, who prophesize that the only way the good guys will win is if she leads the army herself. Now, Sabrina controls the fate of all the Everafters, the very people who have made her life so difficult since she and Daphne arrived in Ferryport Landing. Will they listen to a Grimm? And can she really save them?