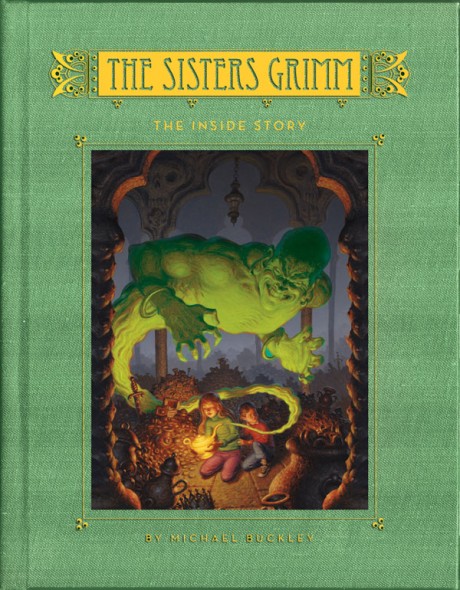 The Inside Story (Sisters Grimm #8)

By Michael Buckley, and Peter Ferguson

Sabrina and Daphne Grimm have studied hundreds of stories as part of their training as fairy-tale detectives, but they never thought they’d actually be in one. And yet that’s exactly what happens when they follow the diabolical Master into the Book of Everafter, a mysterious tome in which copies of the world’s fairy-tale characters live out their stories over and over again. The Grimms must track down the Master while avoiding the Book’s tyrannical Editor—who is devoted to keeping the stories on track—and his army of story-gobbling revisers. In the Book of Everafter, stories can be rewritten and destinies changed, which is why Sabrina and Daphne must find the Master before he can alter his own fate—and the fate of the whole world.

Michael Buckley has written and developed shows for Nickelodeon, Disney, MTV Animation, the Sci-Fi Channel, the Discovery Channel, and VH1. In fall 2009 he launched a new series with Amulet Books: NERDS: National Espionage, Rescue, and Defense Society. He lives in Brooklyn, New York, with his wife and son. Peter Ferguson is a comic book and editorial artist who just published his first picture book with Tricycle Press. He is also the illustrator of the young adult novels The Anybodies and The Nobodies, by N.E. Bode; Endymion Spring, by Matthew Skelton; and DJ MacHale’s Pendragon series. He lives in Argentina.