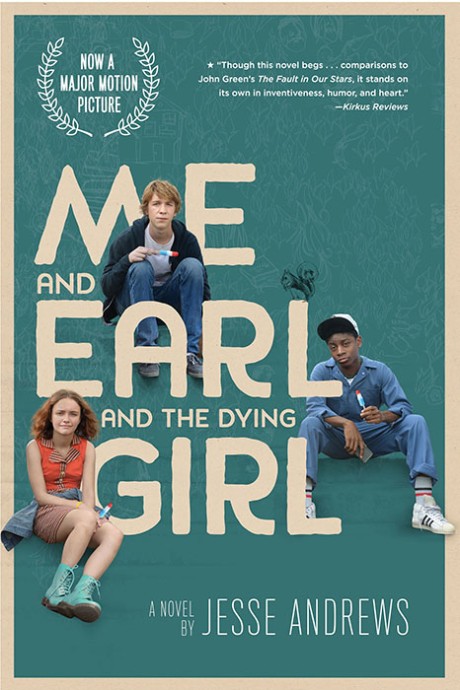 Me and Earl and the Dying Girl (Movie Tie-in Edition)

Includes a discussion with Jesse Andrews and an annotated excerpt from the screenplay!

**STARRED REVIEW**
“A frequently hysterical confessional...Debut novelist Andrews succeeds brilliantly in painting a portrait of a kid whose responses to emotional duress are entirely believable and sympathetic, however fiercely he professes his essential crappiness as a human being. Though this novel begs inevitable thematic comparisons to John Green's The Fault in Our Stars (2011), it stands on its own in inventiveness, humor and heart.”
Kirkus Reviews, starred review —

**STARRED REVIEW**
“One need only look at the chapter titles (“Let’s Just Get This Embarrassing Chapter Out of the Way”) to know that this is one funny book.”
Booklist, starred review —

"Mr. Andrews' often hilarious teen dialogue is utterly convincing, and his characters are compelling. Greg's random sense of humor, terrible self-esteem and general lack of self-awareness all ring true. Like many YA authors, Mr. Andrews blends humor and pathos with true skill, but he steers clear of tricky resolutions and overt life lessons, favoring incremental understanding and growth."
Pittsburgh Post-Gazette —

“It is sure to be popular with many boys, including reluctant readers, and will not require much selling on the part of the librarian."
VOYA —

Jesse Andrews is a writer, musician, and former German youth hostel receptionist. He is a graduate of Schenley High School and Harvard University and lives in Boston, which is almost as good as Pittsburgh. This is his first novel. Visit him online at www.jesseandrews.com.