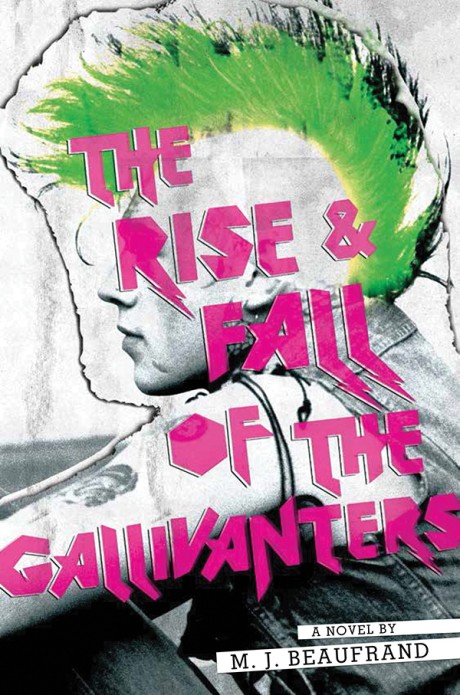 The Rise and Fall of the Gallivanters

In Portland in 1983, girls are disappearing. Noah, a teen punk with a dark past, becomes obsessed with finding out where they’ve gone—and he’s convinced their disappearance has something to do with the creepy German owners of a local brewery, the PfefferBrau Haus. Noah worries about the missing girls as a way of avoiding the fact that something’s seriously wrong with his best friend, Evan. Could it be the same dark force that’s pulling them all down?

When the PfefferBrau Haus opens its doors for a battle of the bands, Noah pulls his band, the Gallivanters, back together in order to get to the bottom of the mystery. But there’s a new addition to the band: an enigmatic David Bowie look-alike named Ziggy. And secrets other than where the bodies are buried will be revealed. From Edgar-nominated author M. J. Beaufrand, this is a story that gets to the heart of grief and loss while also being hilarious, fast paced, and heartbreaking.

STARRED REVIEW
"Noah’s voice is authentic and draws readers into the narrative and its specific time and place...A sound addition to any YA collection."
School Library Journal, Genevieve Feldman, San Francisco Public Library —

"Beaufrand's masterful pace compels readers toward the satisfying though heartbreaking conclusion, prodding them to question throughout whether Noah's story takes place in reality or in a dissociative hellscape. A chilling yet poignant story about the suffering in front of us that we can't bear to see."
Kirkus Reviews —

"Beaufrand is a talented writer...These punk protagonists are easy to root for."
Publishers Weekly —

"Readers looking for a character-driven story with plenty of plot and heart will find a lot to love here."
The Bulletin of the Center for Children's Books —

M. J. Beaufrand is the author of The River, which was nominated for an Edgar Award, and Primavera. She has an MFA in creative writing from Bennington College. She lives in Seattle with her husband, two kids, and strange dogs.