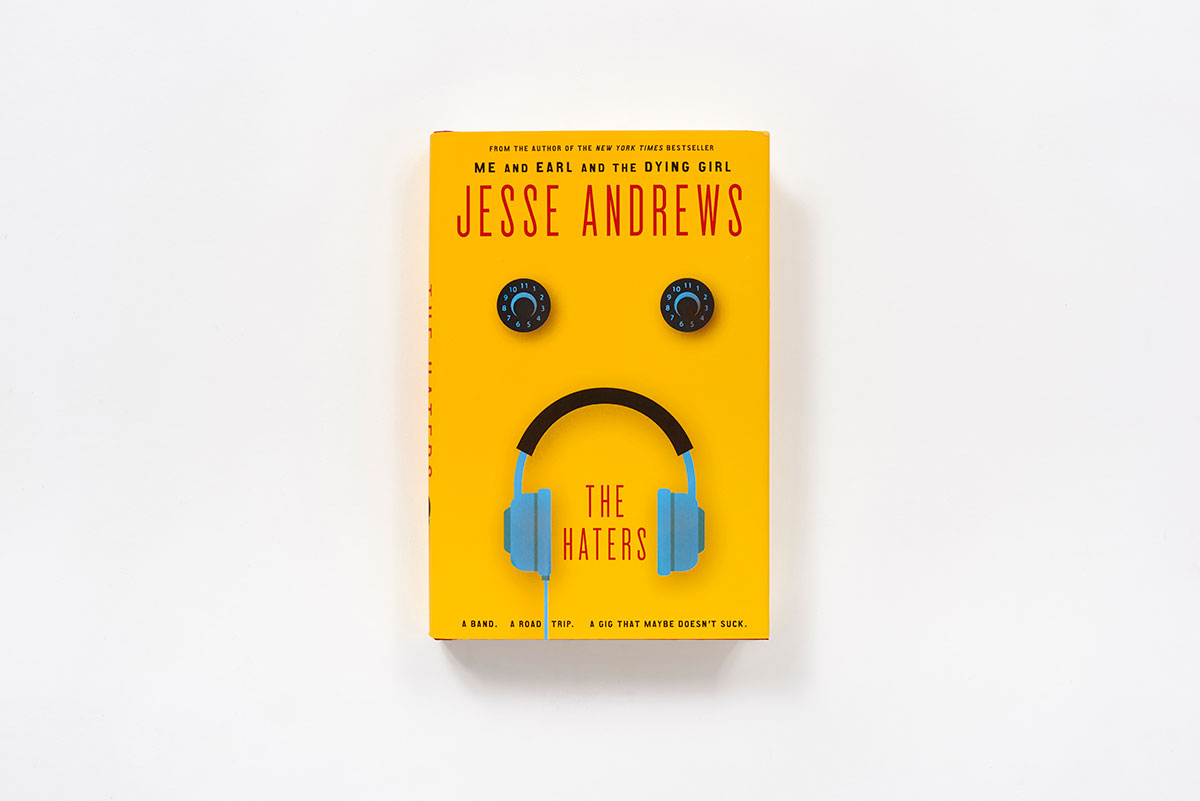 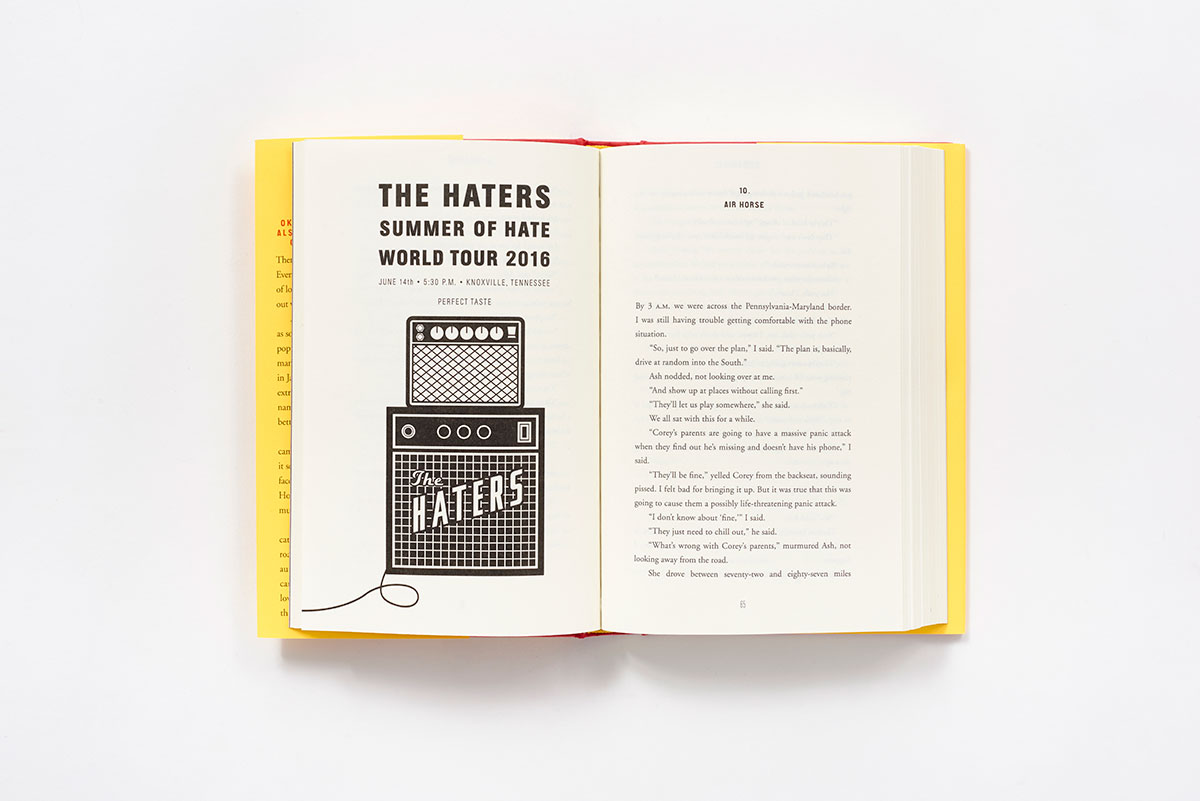 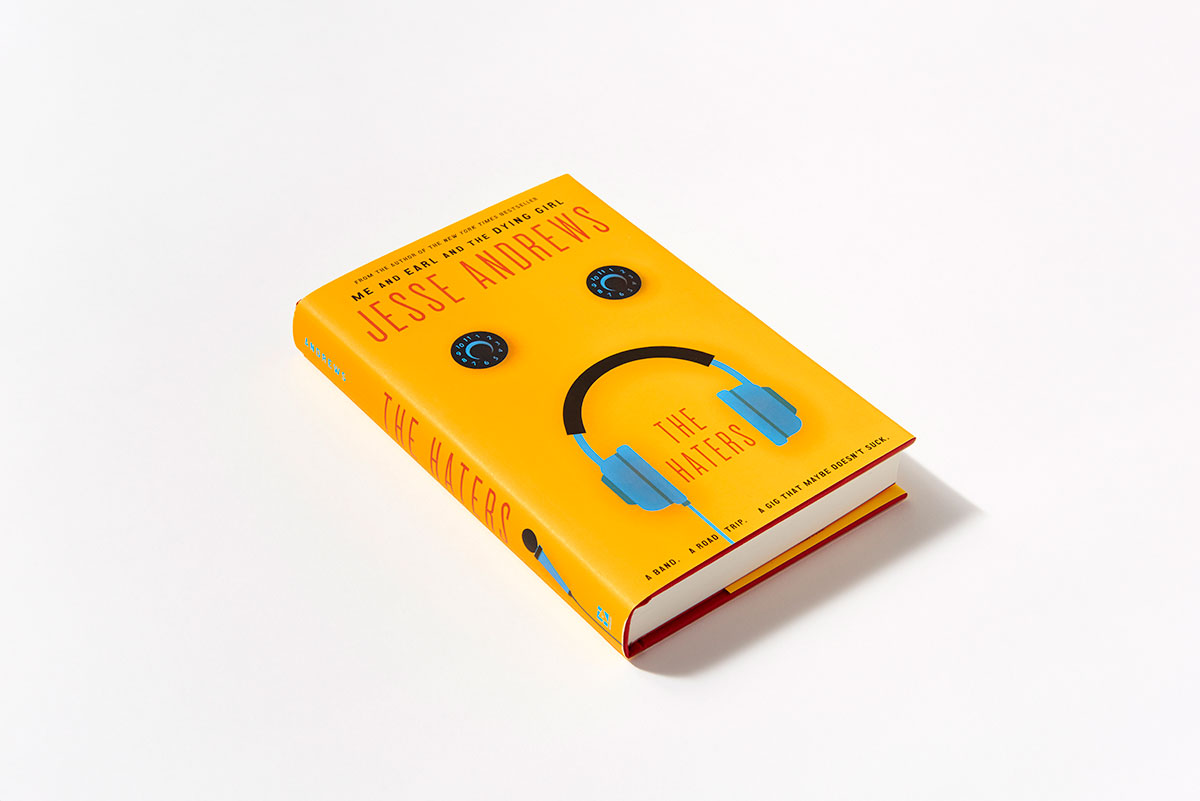 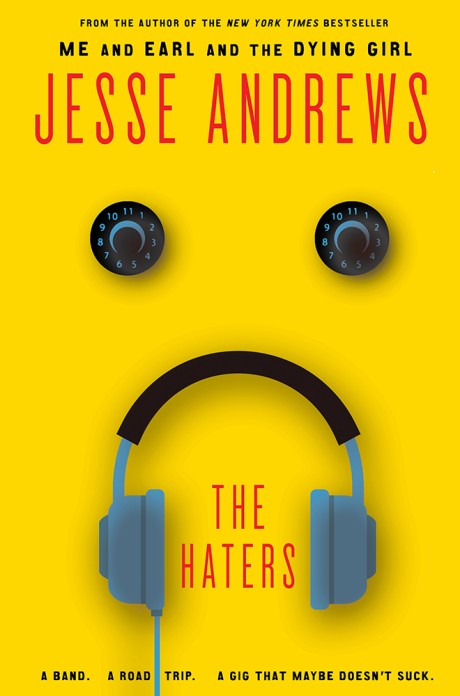 From Jesse Andrews, author of the New York Times bestselling Me and Earl and the Dying Girl and screenwriter of the Sundance award–winning motion picture of the same name, comes a groundbreaking young adult novel about music, love, friendship, and freedom as three young musicians follow a quest to escape the law long enough to play the amazing show they hope (but also doubt) they have in them.

For Wes and his best friend, Corey, jazz camp turns out to be lame. It’s pretty much all dudes talking in Jazz Voice. But then they jam with Ash, a charismatic girl with an unusual sound, and the three just click. It’s three and a half hours of pure musical magic, and Ash makes a decision: They need to hit the road. Because the road, not summer camp, is where bands get good. Before Wes and Corey know it, they’re in Ash’s SUV heading south, and The Haters Summer of Hate Tour has begun.

In his second novel, Andrews again brings his brilliant and distinctive voice to YA, in the perfect book for music lovers, fans of The Commitments (author Roddy Doyle raves "The Haters is terrific. It is shocking and funny, unsettling and charming."), and High Fidelity, or anyone who has ever loved—and hated—a song or a band. This witty, funny coming-of-age novel is contemporary fiction at its best.

". . . hilarious. . . I laughed so hard I scared my cat off the couch multiple times.  What The Haters excels at is describing music."
The New York Times —

"Jesse Andrews’ follow-up to Me and Earl and the Dying Girl is an extremely entertaining number that focuses on a couple of jazz-camp rejects. It’s also downright hilarious when they riff on band names, new songs or just living life."
USA Today —

“The Haters is terrific. Shocking and funny, unsettling and charming”
Roddy Doyle, author of The Commitments —

"...What follows is both a classic road trip novel and a contemporary and inventive teen adventure: they play (horribly) at a Chinese food buffet, hang at a commune, and almost get shot (twice!)... Issues of race, family, and socioeconomics (Wes was adopted from Venezuela as a baby; Ash’s mom is French and her dad is a Brazilian billionaire/serial philanderer) play subtly throughout the book."
The Horn Book —

**STARRED REVIEW**
“an uproariously funny addition to the teen-road-trip canon...readers will be sucked into this story, a raunchy bromance in the vein of Superbad, which celebrates friendship and adventure... Effortlessly readable, deeply enjoyable, and, given the years since Andrews’ fantastic debut, well worth the wait.”

"Fortunately for readers, Wes has a lively voice that moves smoothly betwen laugh-out-loud, self-conscious snark and candid, moving observations... The trio's road trip thus has all the requisite coming-of-age moments, with virginities and illustions lost and friendships, courage, and self-awarness found."
Bulletin of the Center for Children's Books —

“The Haters reads like a perfect jam session between the different voices in Jesse Andrews’s head. And thank God for that. It’s hilarious, emotionally pure without being pretentious or cliché, and it makes me want to be a teenager again so I can tell everyone in class to read it. Try to hate on this one. You’ll fail.”
John Corey Whaley —

“The author demonstrates his unique voice…Teens who are music nerds or fans of Me and Earl and the Dying Girl will appreciate this novel’s sharp wit and playful style.”
School Library Journal —

“The Haters is punk rock in book form, with some of the funniest dialogue I’ve ever read. I laughed till tears streamed down my face. Looking for a good time? Read this book.”
Natalie Standiford, author of How to Say Goodbye in Robot —

Jesse Andrews’s debut novel, Me and Earl and the Dying Girl, a New York Times and USA Today bestseller, was published to critical acclaim and starred reviews. His adaptation of the book for the big screen won both the Grand Jury Prize and the Audience Award at the 2015 Sundance Film Festival. Jesse is also a musician and screenwriter. He lives in Boston, Massachusetts. Visit Jesse at www.jesseandrews.com.