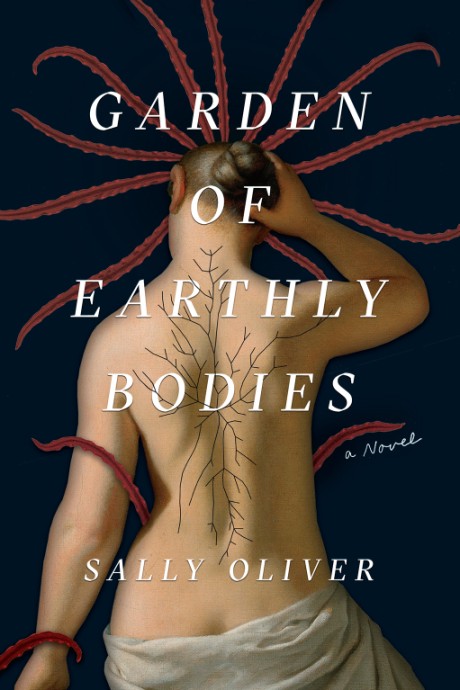 An exquisitely eerie and unsettling speculative novel that grapples with questions of trauma, identity, and the workings of memory

Months after her sister’s death, Marianne wakes up to find a growth of thick black hairs along her spine. They defy her attempts to remove them, instead proliferating, growing longer. The hairs, Marianne’s doctor tells her, are a reaction to trauma, developed in the wake of the loss of her sister, Marie. Her doctor recommends that Marianne visits Nede, a modern, New Age rehabilitation center in a remote forest in Wales where the patients attend unorthodox therapy sessions and commune with nature.

Yet something strange is happening to Marianne and the other patients at Nede: a metamorphosis of a kind. As the hairs on her back continue to grow, the past starts to entangle itself with the present and the borders of her consciousness threaten to disintegrate. She finds herself drawn back compulsively to the memory of Marie, obsessing over the impulse that drew her sister toward death and splintered her family apart. As Marianne’s memories threaten to overwhelm her, Nede offers her release from this cycle of memory and pain—but only at a terrible price: that of identity itself.

Haunting, lyrical, and introspective, Garden of Earthly Bodies is a startlingly accomplished and original debut about the bond between two sisters, love and its limits, and our inability to ever truly to know the minds of others. With an intense and precise attention to the internal workings of minds and bodies and a disturbing speculative plot, the novel welcomes an assured new voice to the genre.

Sally Oliver earned a master’s in English at Lancaster University before moving to London to start a career in publishing. She now works for the agency Greene & Heaton. Garden of Earthly Bodies is her debut novel.