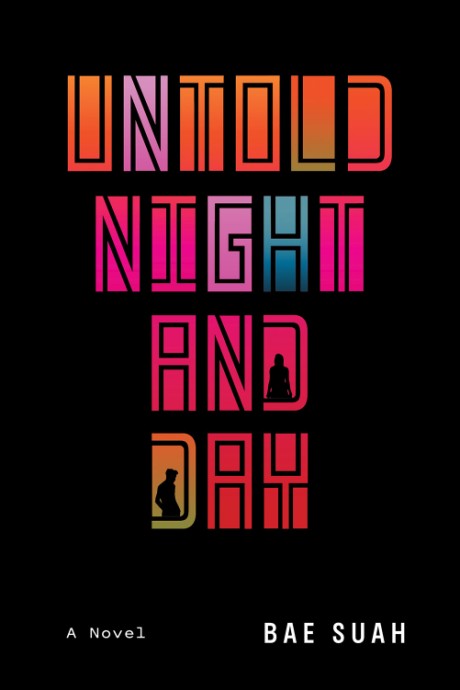 A seductive, disorienting novel that manipulates the fragile line between dreams and reality, by South Korea’s leading contemporary writer

A startling and boundary-pushing novel, Untold Night and Day tells the story of a young woman’s journey through Seoul over the course of a night and a day. It’s 28-year-old Ayami’s final day at her box-office job in Seoul’s audio theater. Her night is spent walking the sweltering streets of the city with her former boss in search of Yeoni, their missing elderly friend, and her day is spent looking after a mysterious, visiting poet. Their conversations take in art, love, food, and the inaccessible country to the north.

Almost immediately, in the heat of Seoul at the height of the summer, order gives way to chaos as the edges of reality start to fray, with Ayami becoming an unwitting escort into a fever-dream of increasingly tangled threads, all the while images of the characters’ overlapping realities repeat, collide, change, and reassert themselves in this masterful work that upends the very structure of fiction and narrative storytelling and burns itself upon the soul of the reader.

By one of the boldest and most innovative voices in contemporary Korean literature, and brilliantly realized in English by International Man Booker­–winning translator Deborah Smith, Bae Suah’s hypnotic and wholly original novel asks whether more than one version of ourselves can exist at once, demonstrating the malleable nature of reality as we know it.

“a fever dream of a novel; a book that is unknowably yet aggressively familiar to all of us”
Books & Bao —

Bae Suah is one of the most highly acclaimed contemporary Korean authors; both an award-winning writer and translator. Her translations from the German include works by W. G. Sebald, Franz Kafka, and Jenny Erpenbeck. The author of more than a dozen novels and collections of short stories, Bae Suah was longlisted for the PEN Translation Prize and the Best Translated Book Award for her first book to appear in English, Nowhere to be Found. Deborah Smith is a translator of Korean literature whose translation of Han Kang’s The Vegetarian became the first Korean-language novel to win the Man Booker International Prize. She has translated two other books by Bae Suah, Recitation and A Greater Music.