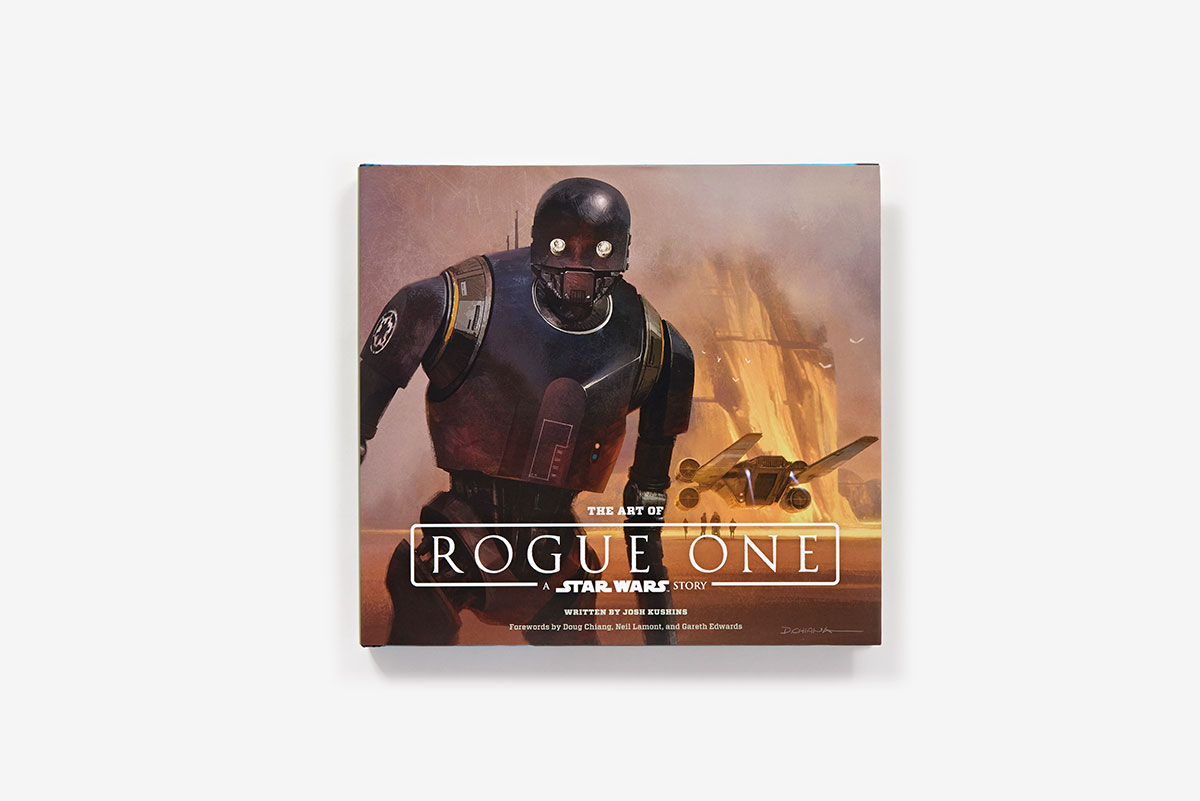 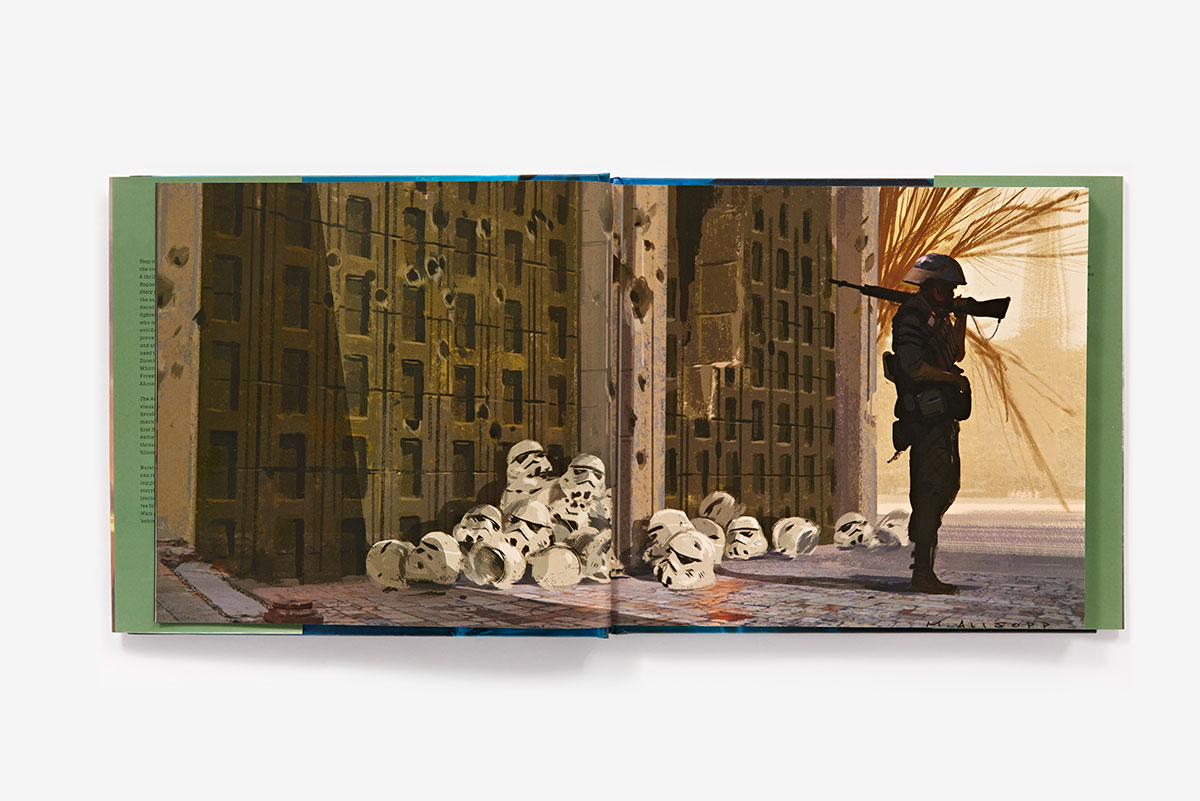 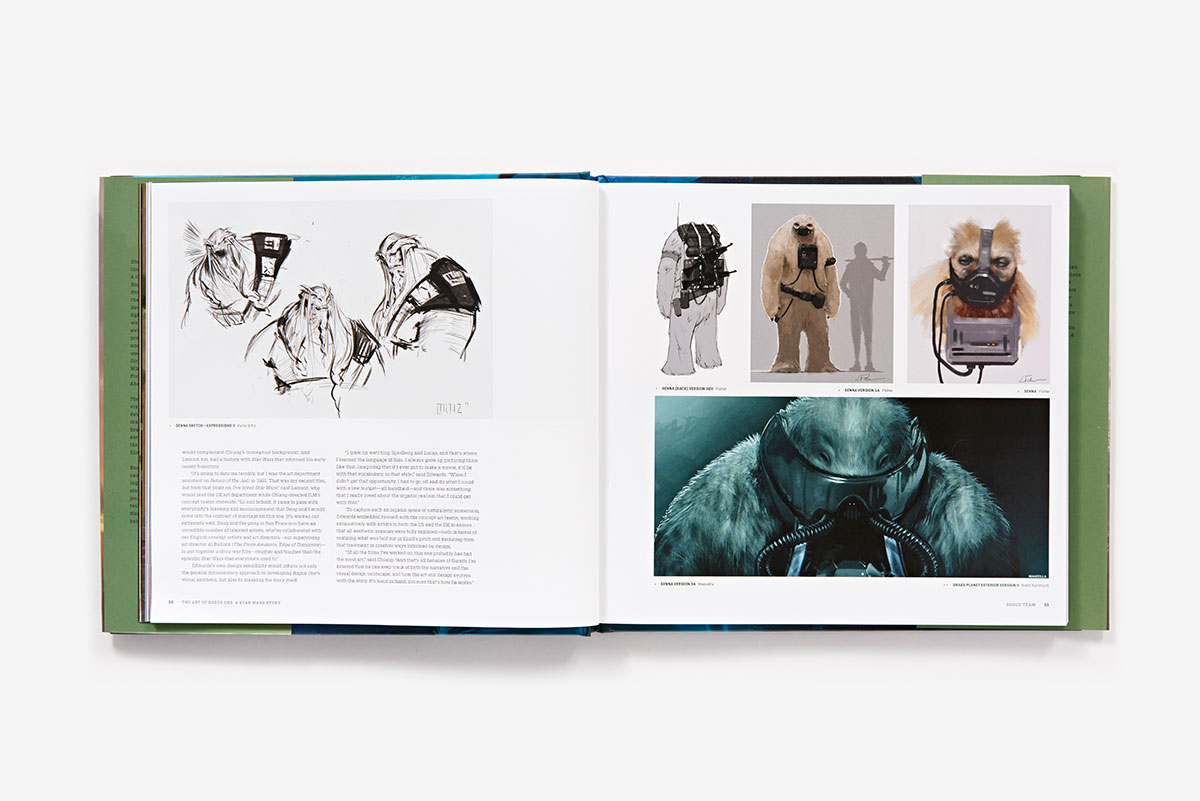 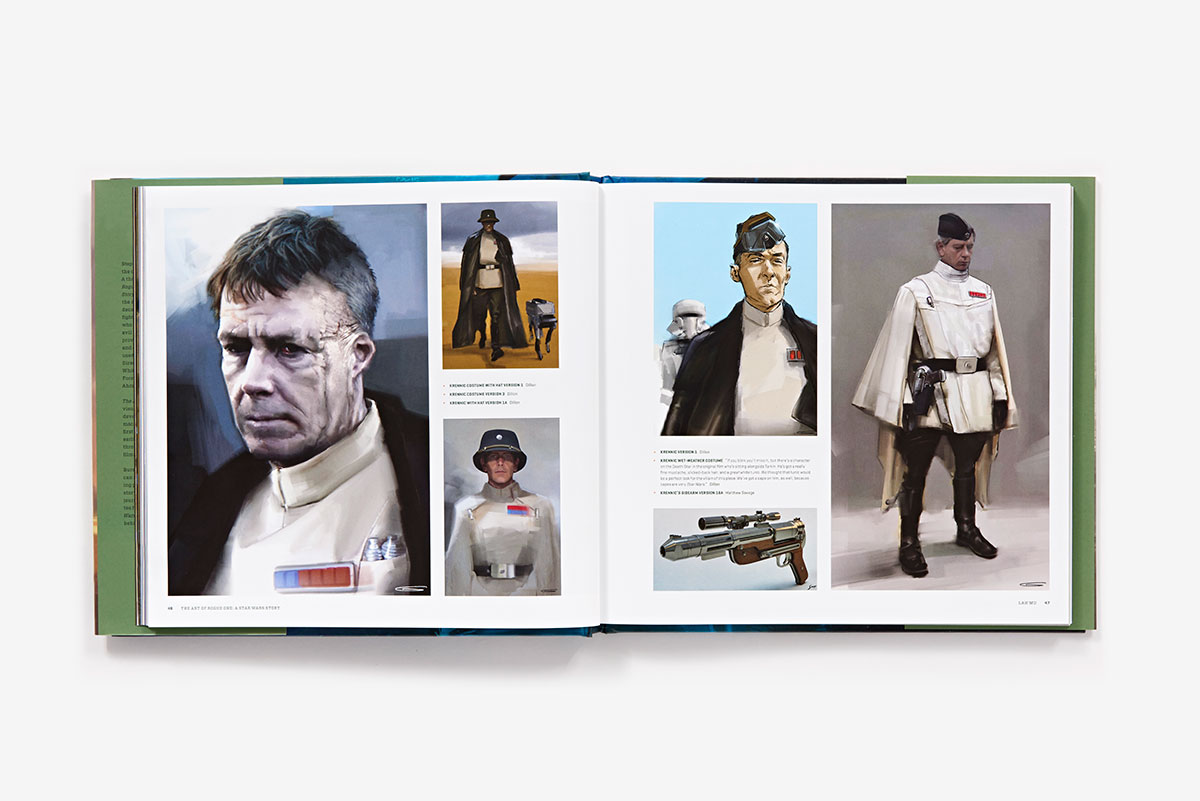 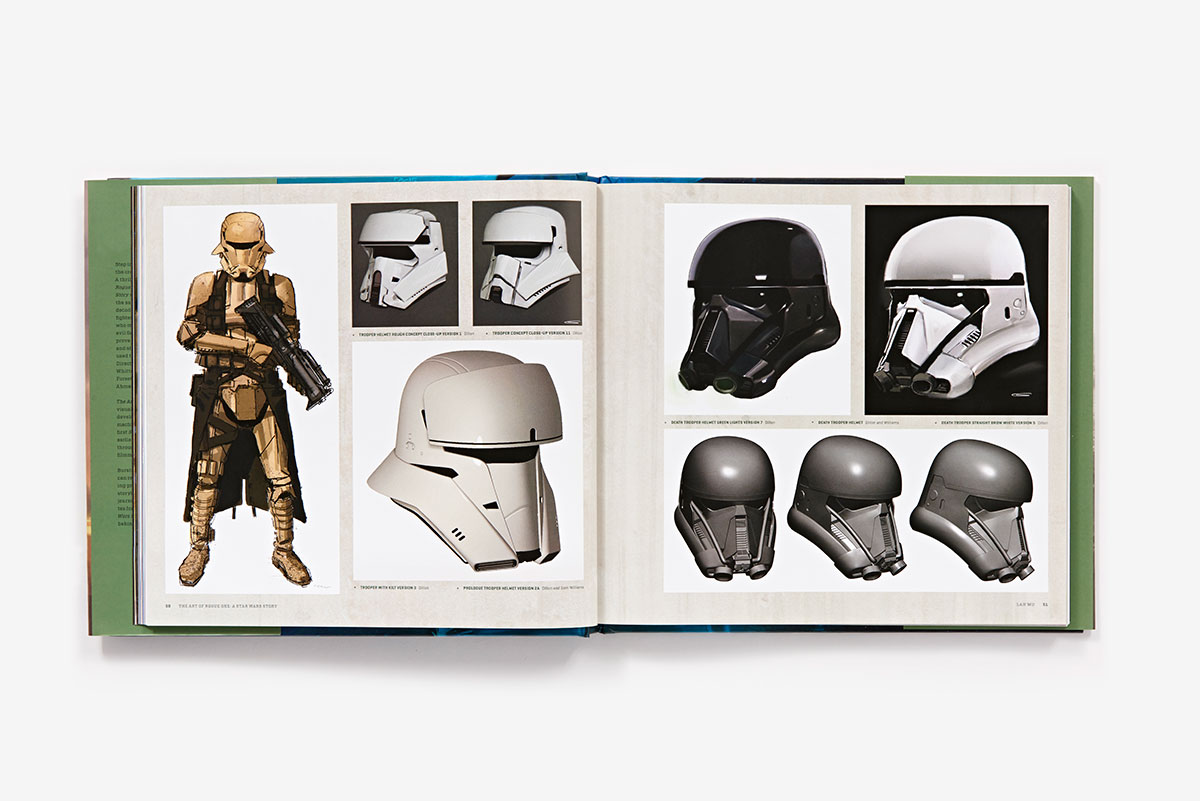 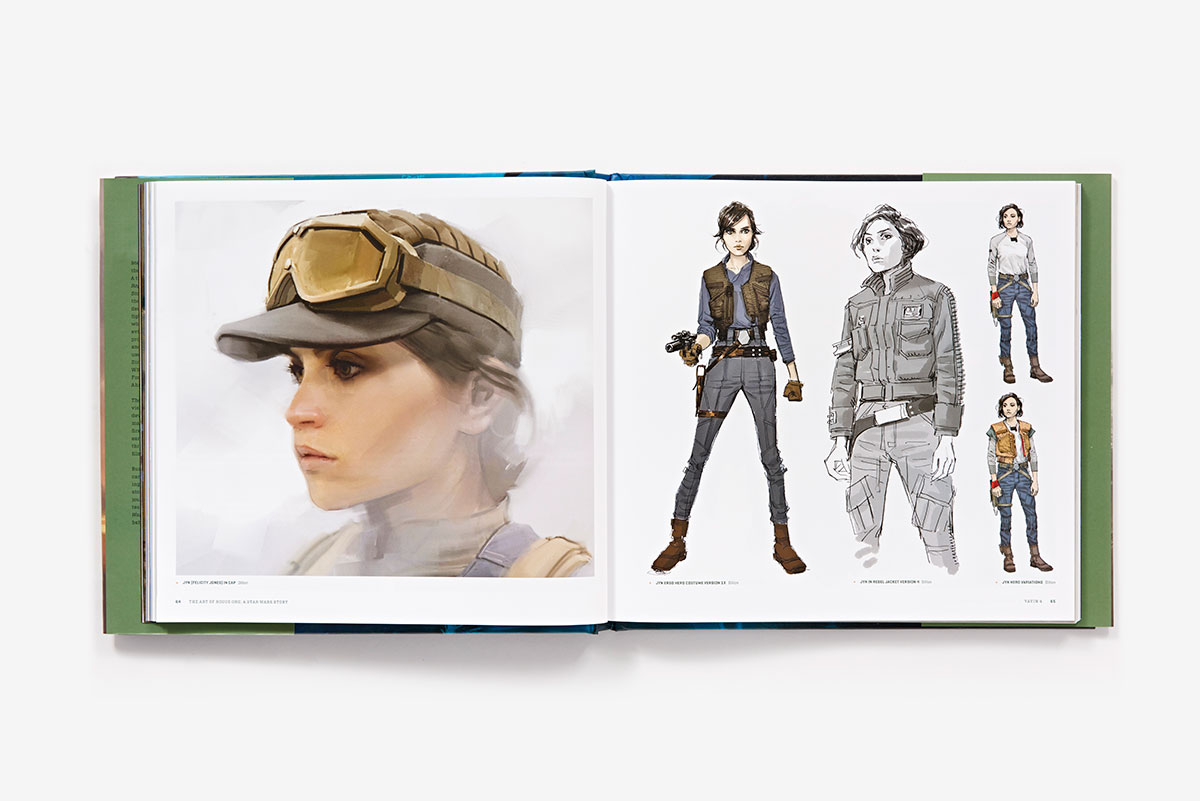 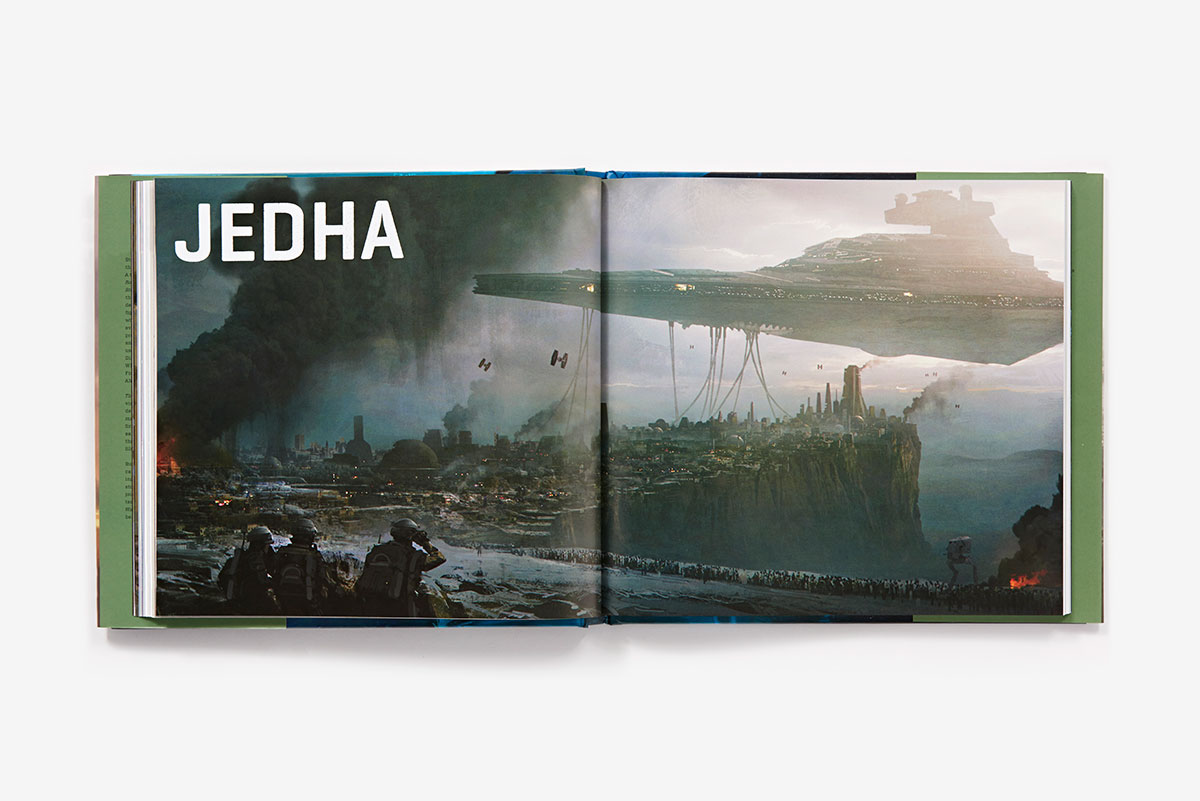 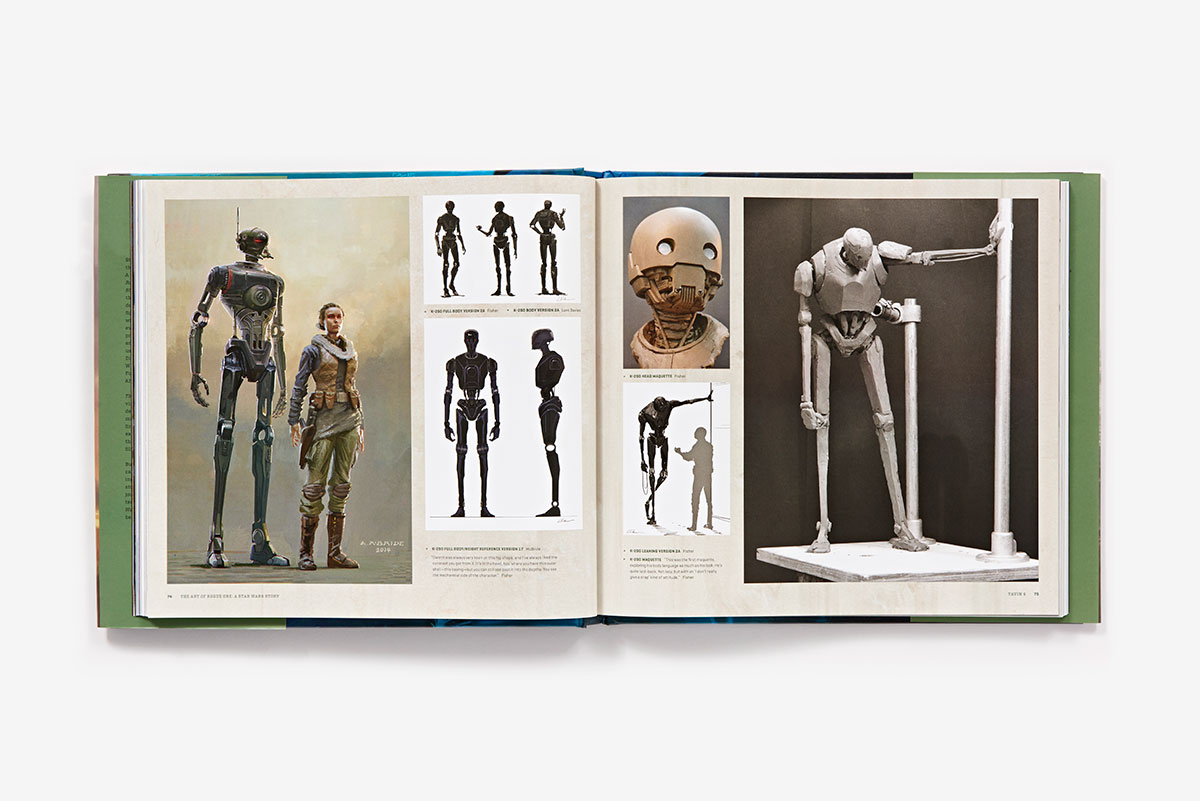 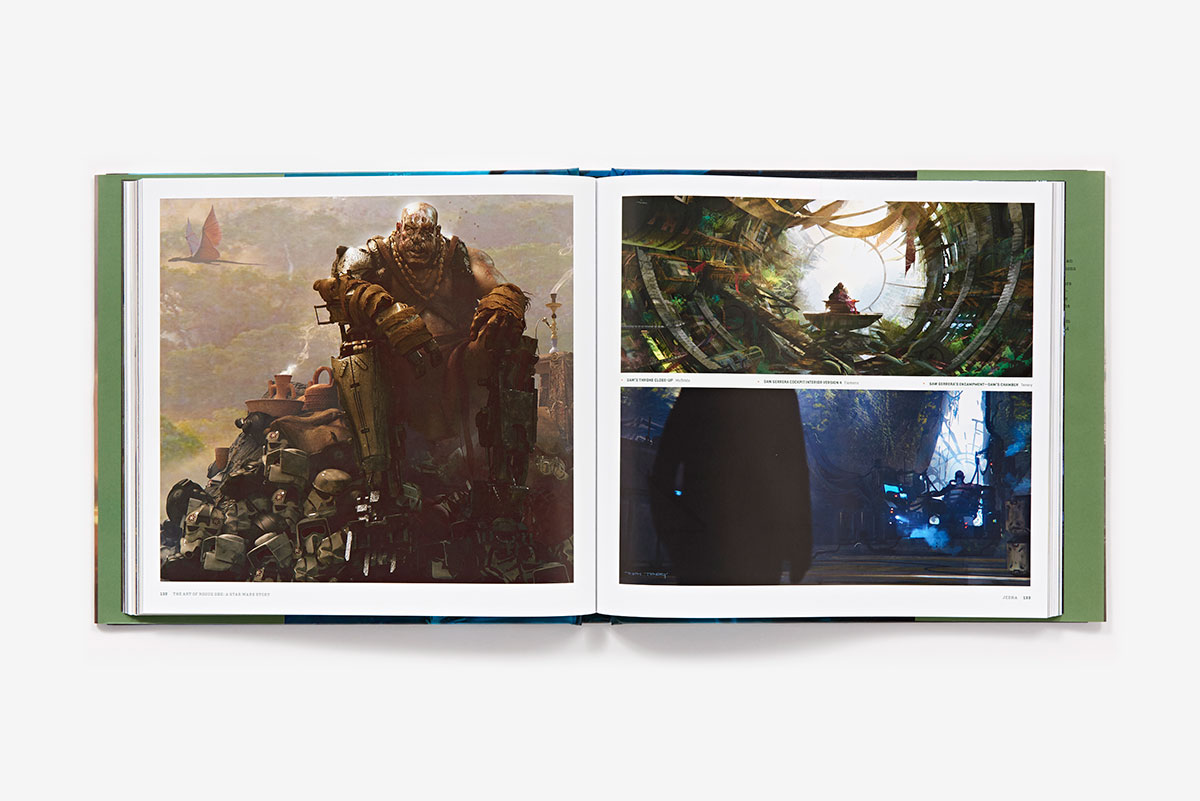 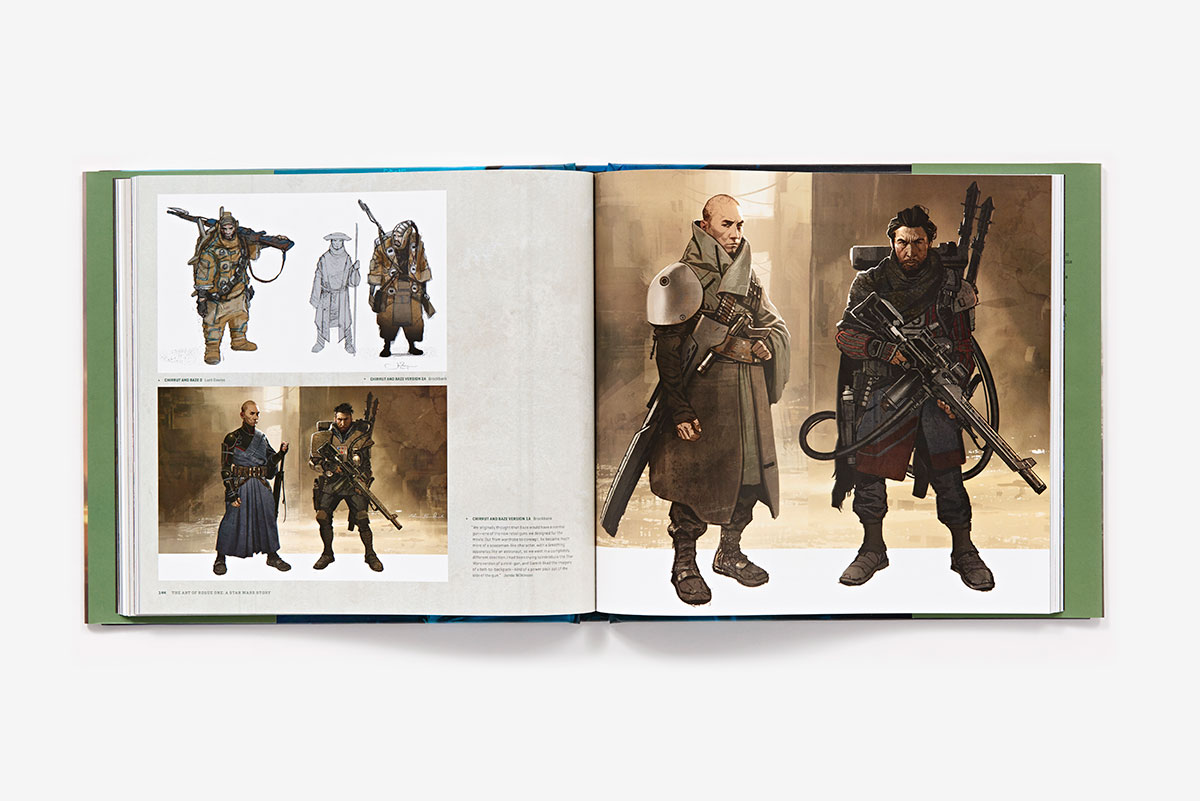 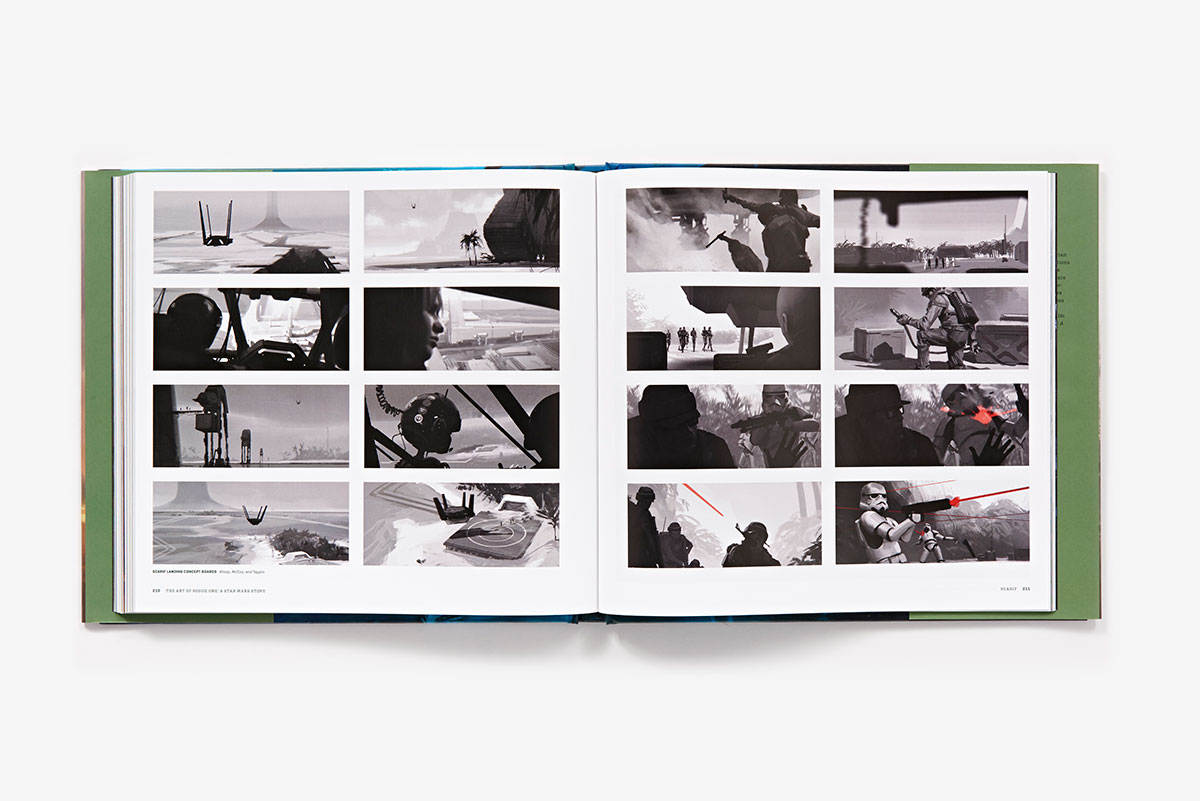 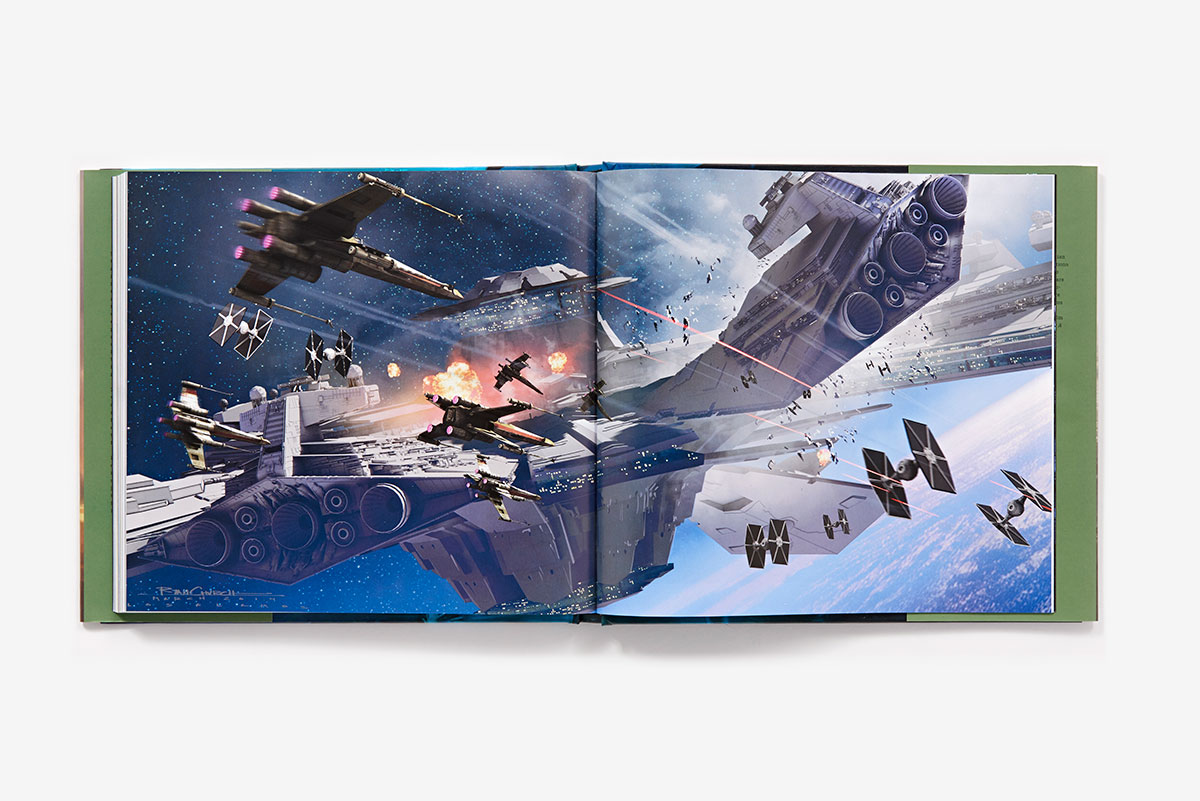 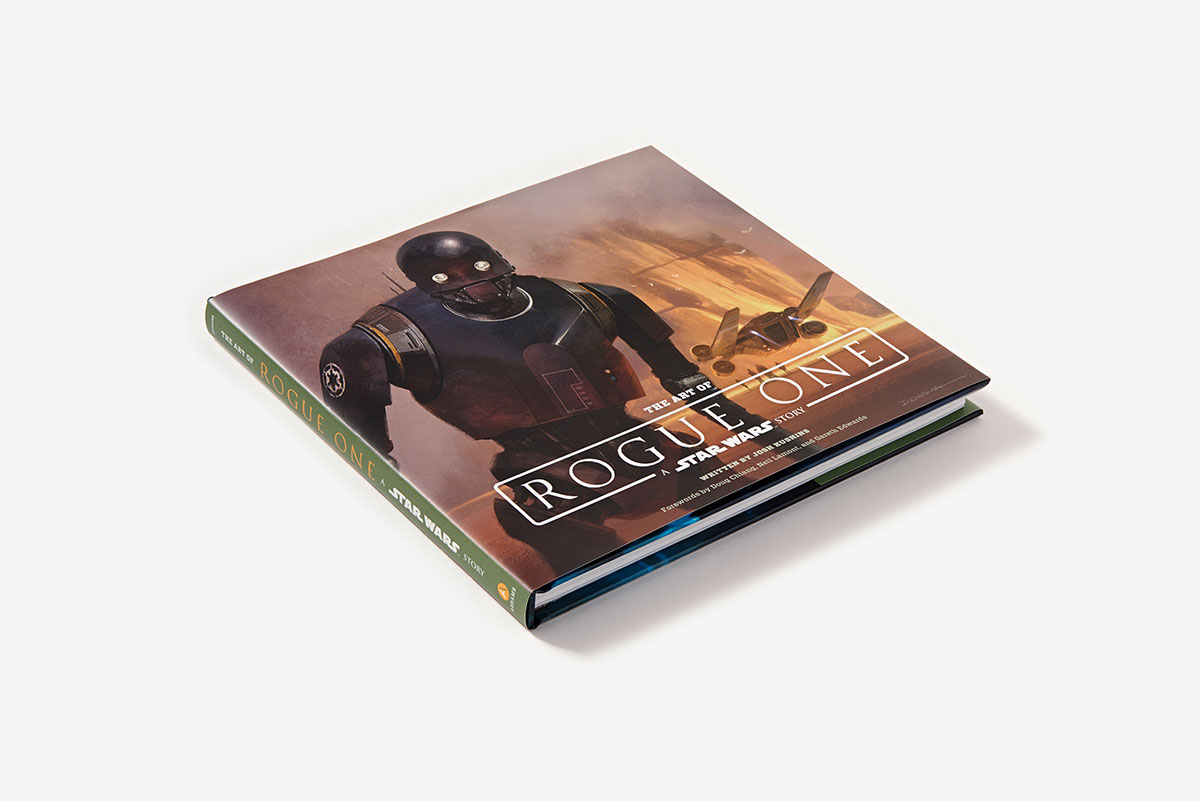 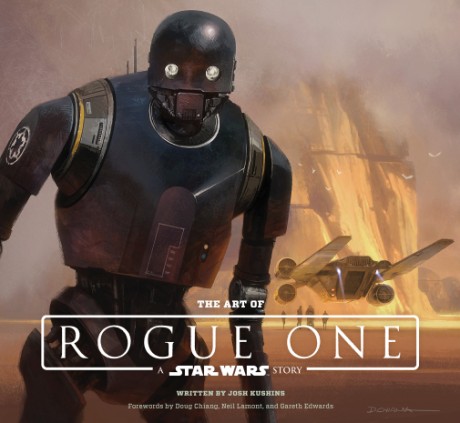 The Art of Rogue One: A Star Wars Story

This book is a visual chronicle of the Lucasfilm art department’s creation of new worlds, unforgettable characters, and newly imagined droids, vehicles, and weapons for the first movie in the Star Wars Story series—Rogue One: A Star Wars Story. In the same format and style as Abrams’ The Art of Star Wars: The Force Awakens, the book gives readers unprecedented access to hundreds of concept paintings, sketches, storyboards, matte paintings, and character, costume, and vehicle designs. The Art of Rogue One: A Star Wars Story will stand as the definitive guide to the artwork and imagination behind the newest chapter in the Star Wars franchise and will delight Star Wars fans and cineastes for decades to come.

Directed by Gareth Edwards (Godzilla, Monsters), with production design by Doug Chiang and Neil Lamont, Rogue One chronicles the adventures of a Rebel cell tasked with a desperate mission: to steal the plans for the Death Star before it can be used to enforce the Emperor’s rule. The all-star cast includes Felicity Jones, Diego Luna, Forest Whitaker, Mads Mikkelsen, Alan Tudyk, Riz Ahmed, Ben Mendelsohn, Jiang Wen, and Donnie Yen.

Josh Kushins has worked steadily for various Hollywood studios most recently on the Publicity teams for Lucasfilm Ltd. and DC Comics, and is the Director of Special Projects at the American Film Institute. He is the author of The Art of John Carter: A Visual Journey (Disney, 2012).

Doug Chiang and Neil Lamont served as co-production designers for Rogue One.