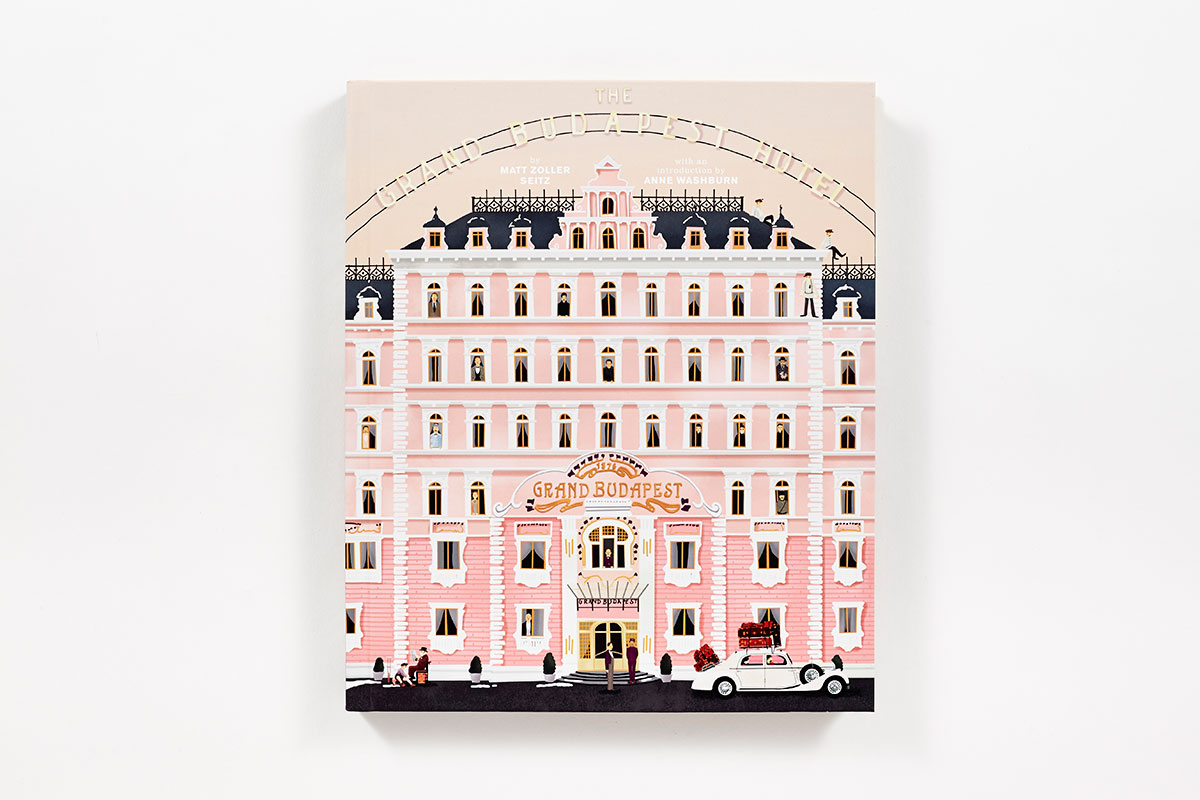 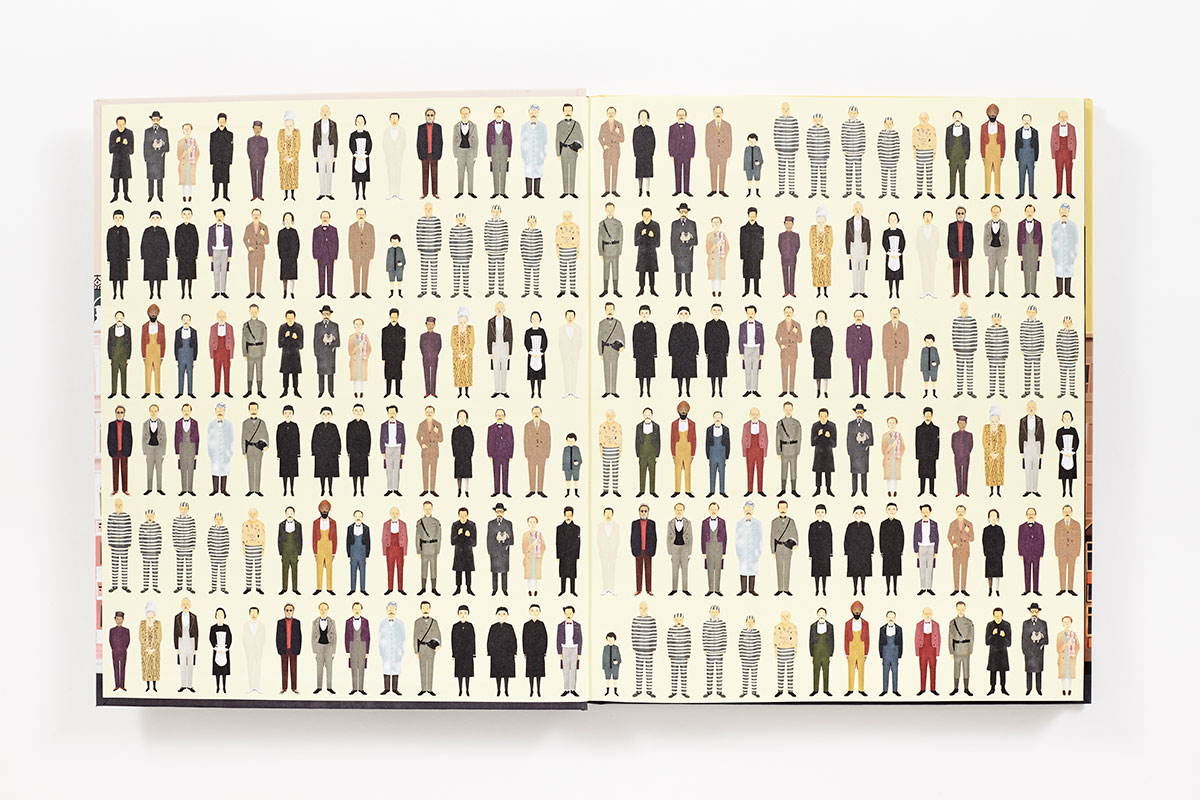 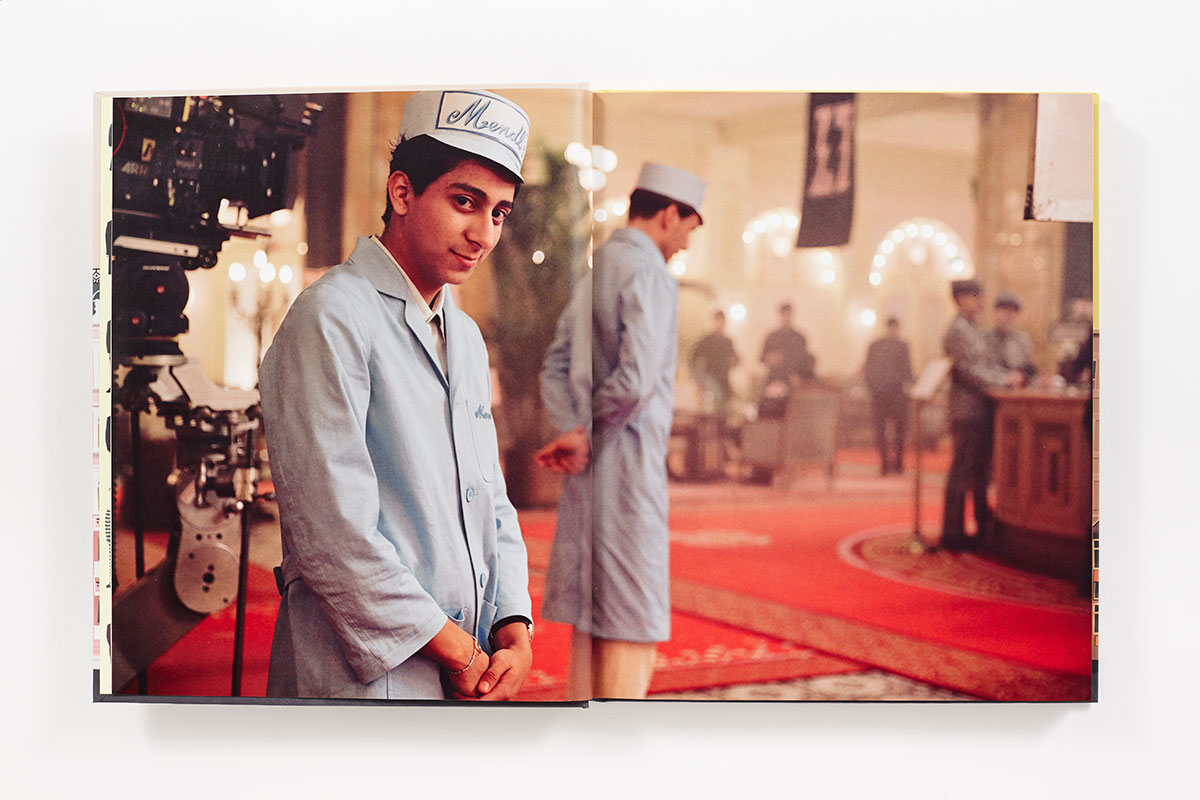 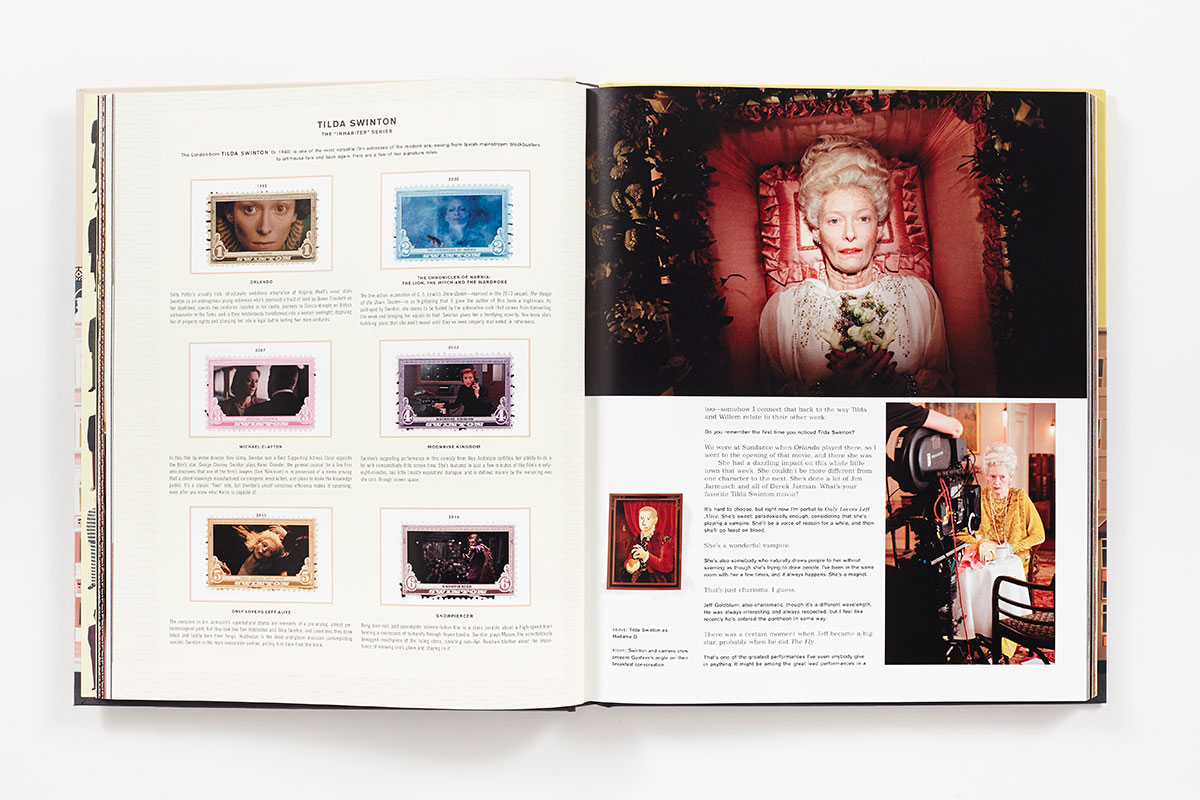 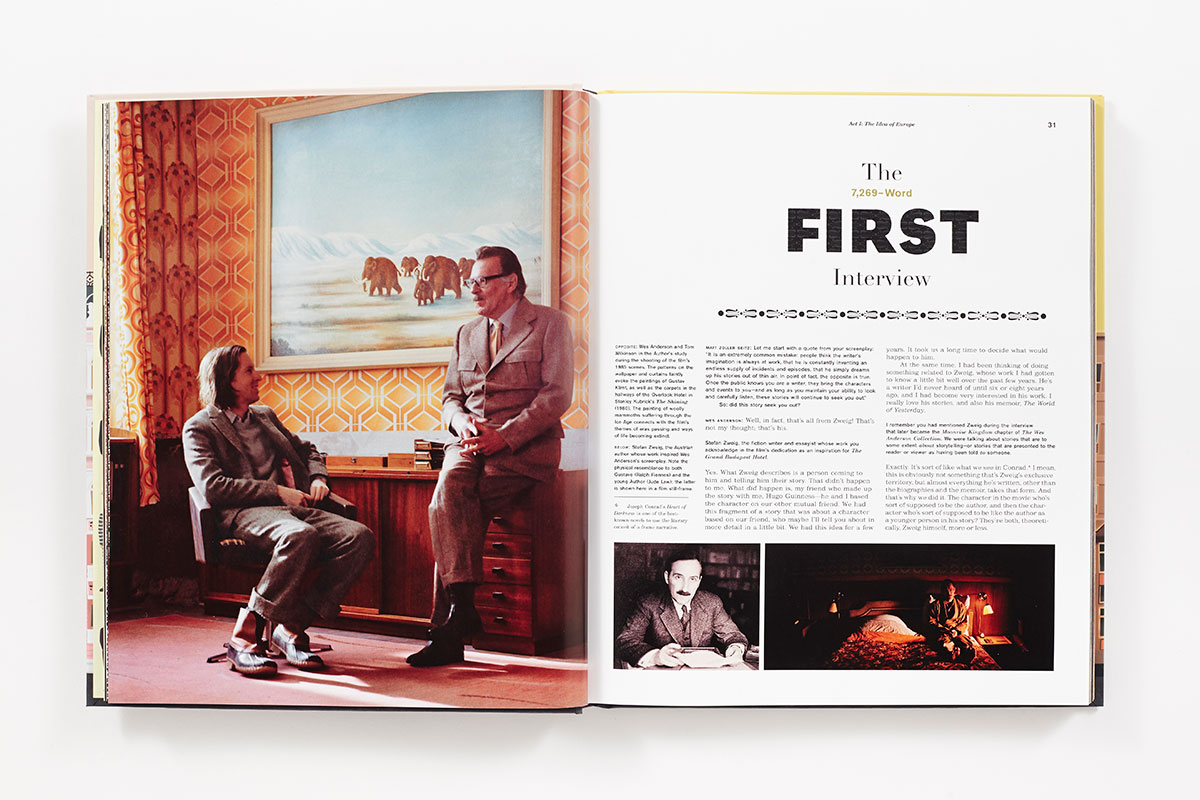 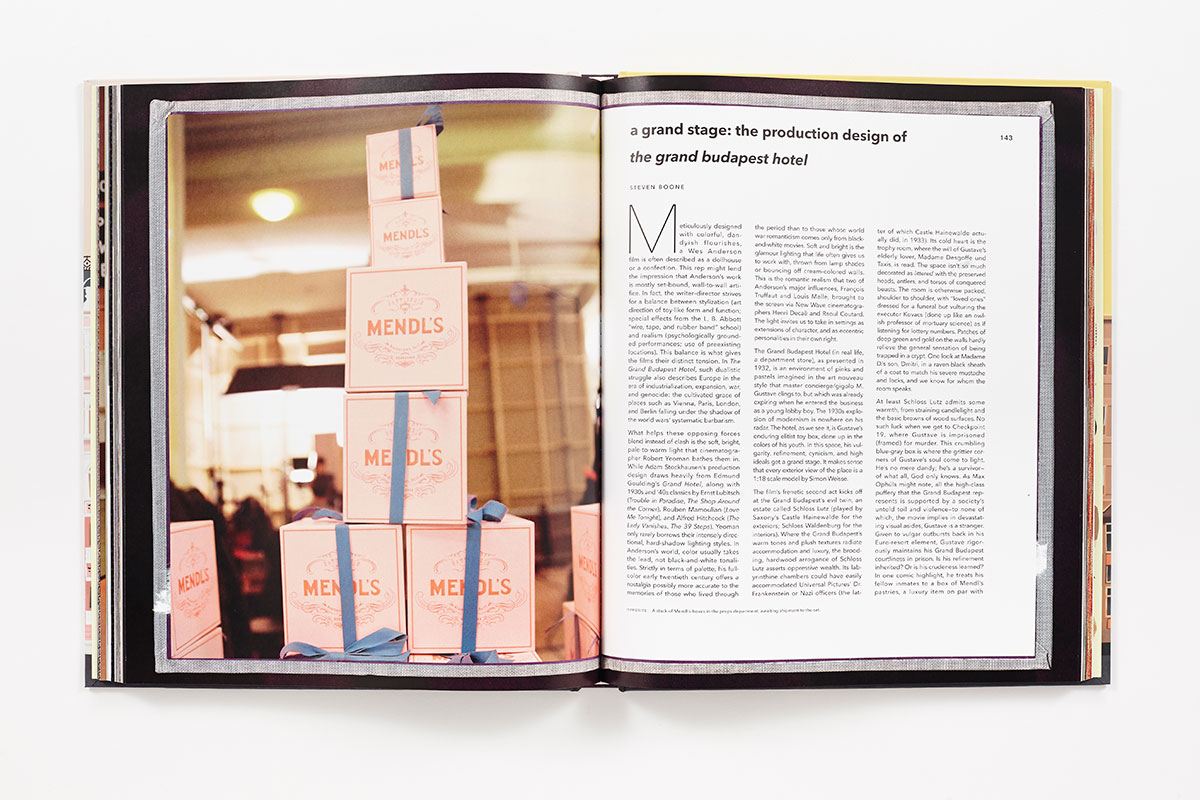 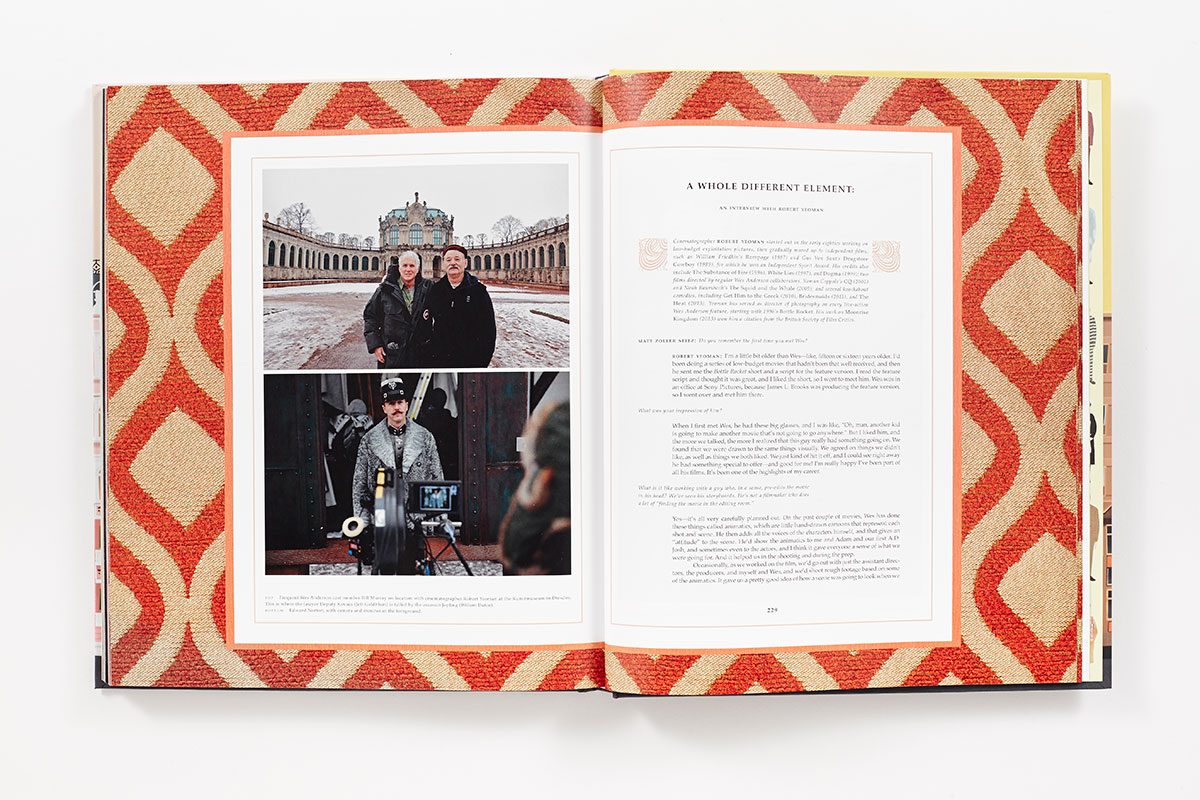 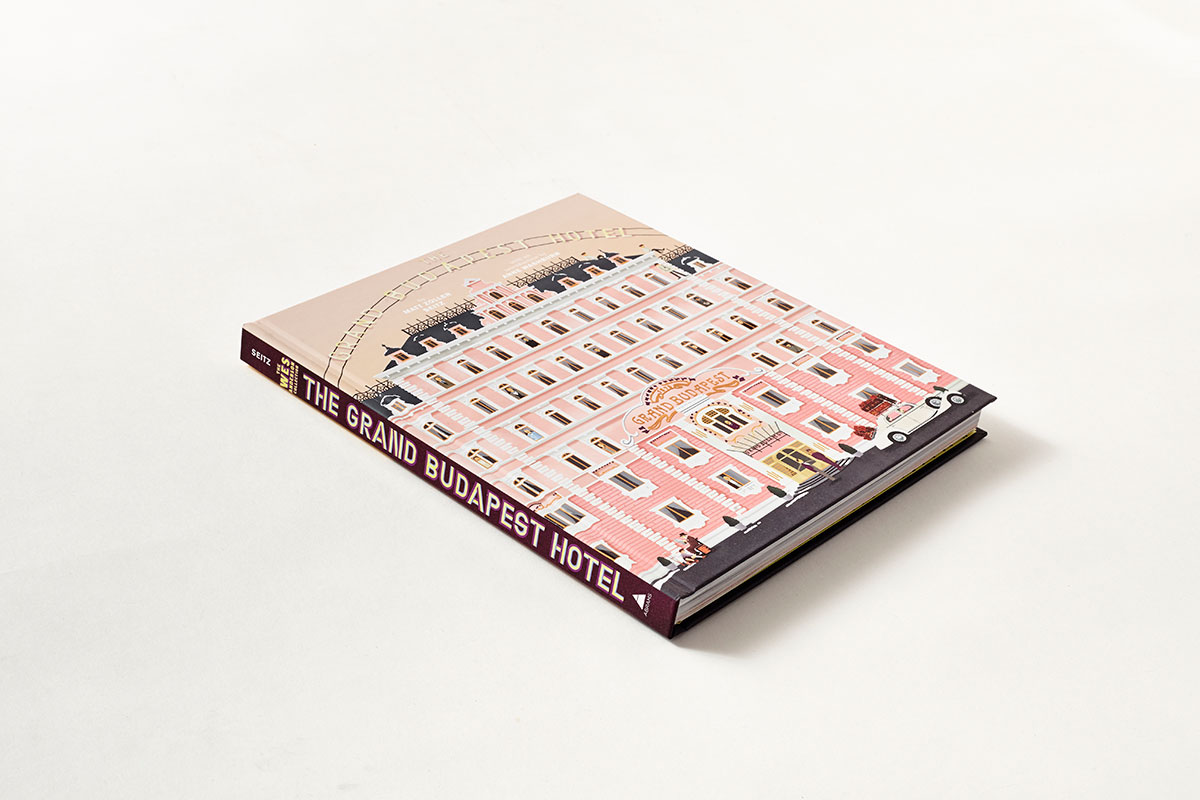 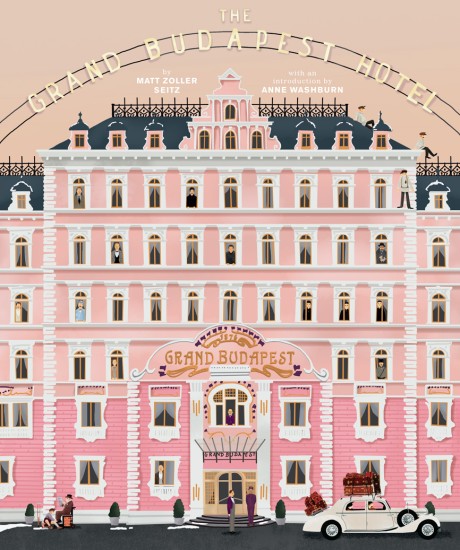 This companion to the New York Times bestselling book The Wes Anderson Collection takes readers behind the scenes of the Oscar®-winning film The Grand Budapest Hotel with a series of interviews between writer/director Wes Anderson and movie/television critic Matt Zoller Seitz.

Praise for the film, The Grand Budapest Hotel:

Praise for the book, The Wes Anderson Collection:

“The Wes Anderson Collection comes as close as a book can to reading like a Wes Anderson film. The design is meticulously crafted, with gorgeous full-page photos and touches . . .”
—Eric Thurm, The A.V. Club

“A rare follow-up that equals its predecessor, and a welcome post-script from the critic who’s become the definitive voice on all things Anderson.”
Flavorwire —

“Like Anderson’s work itself, this book’s visuals will have you coming back to it again and again.”
Boston Globe —

“More than a companion piece to the previous book—it's a veritable companion, to be taken along on exotic trips, and to be talked to when nobody is looking.”
Philadelphia Inquirer —

Matt Zoller Seitz, a finalist for the Pulitzer Prize in criticism, is the TV critic for New York Magazine and Vulture.com, as well as the editor-in-chief of RogerEbert.com.

A Brooklyn-based writer and filmmaker, Seitz has written, narrated, edited, or produced more than a hundred hours' worth of video essays about cinema history and style for The Museum of the Moving Image and The L Magazine, among other outlets. His five-part 2009 video essay, "Wes Anderson: The Substance of Style," was later spun off into a New York Times bestselling hardcover book: The Wes Anderson Collection (Abrams, 2013).

Seitz is the founder and original editor of The House Next Door, now a part of Slant Magazine, and the publisher of Press Play, a blog of film and TV criticism and video essays. He is the director of the 2005 romantic comedy Home.

Anne Washburn's plays include Mr. Burns, The Internationalist, A Devil at Noon, and a transadaptation of Euripides’s Orestes. She lives in New York City and, occasionally, Buenos Aires.

Max Dalton is a graphic artist living in Buenos Aires, Argentina, by way of Barcelona, New York, and Paris. He has published a few books and illustrated some others, including The Wes Anderson Collection (Abrams, 2013). Max started painiting in 1977, and since 2008, he has been creating posters about music, movies, and pop culture, quickly becoming one of the top names in the industry.