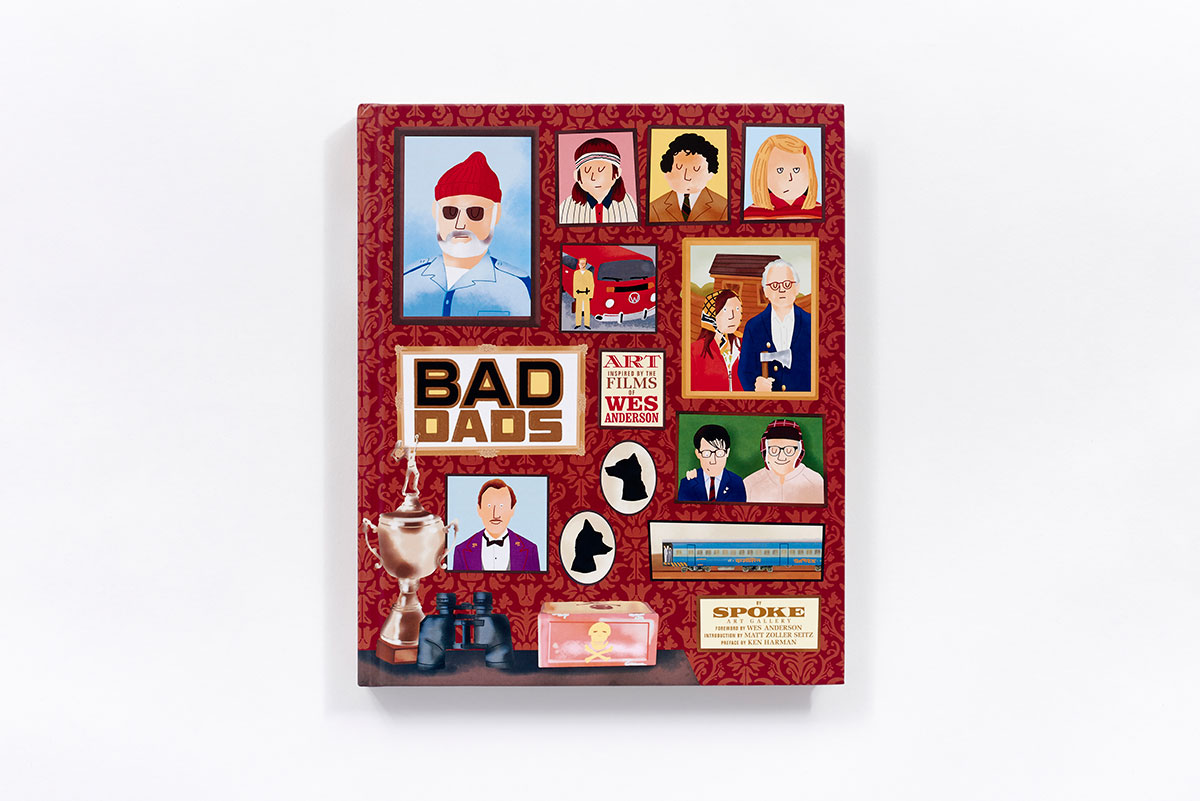 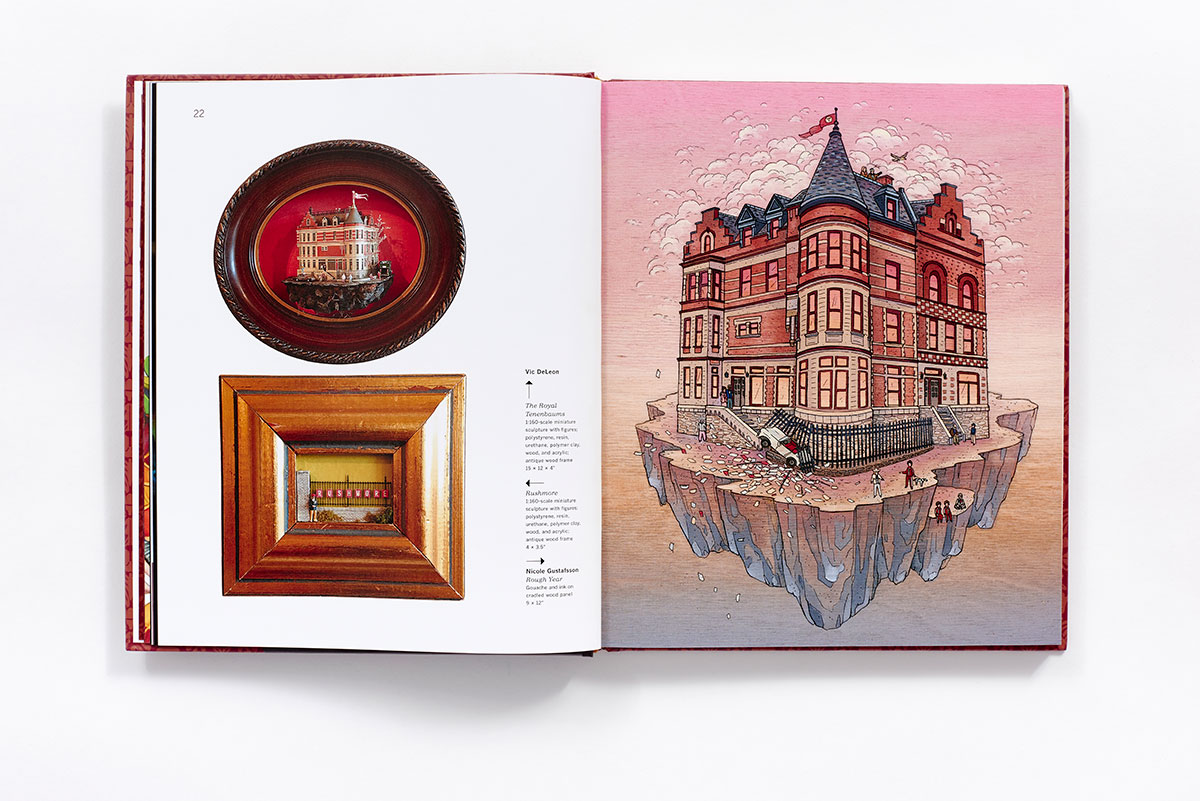 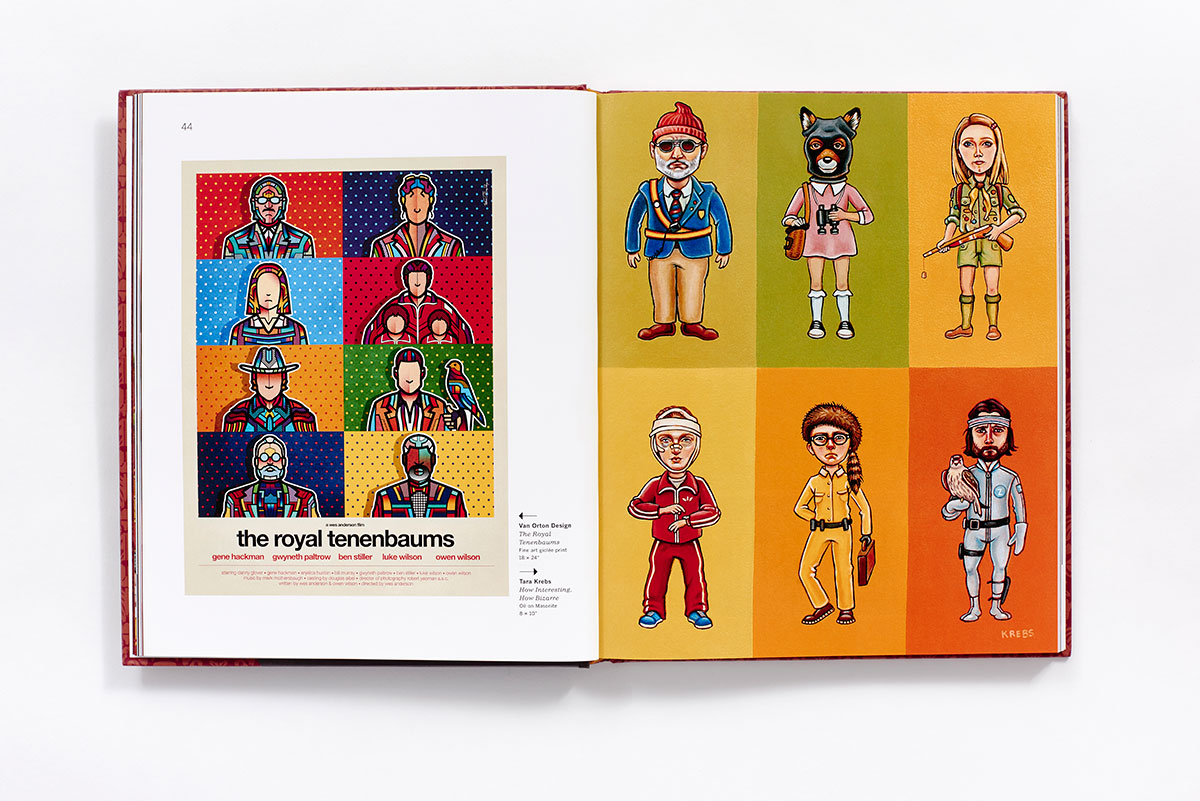 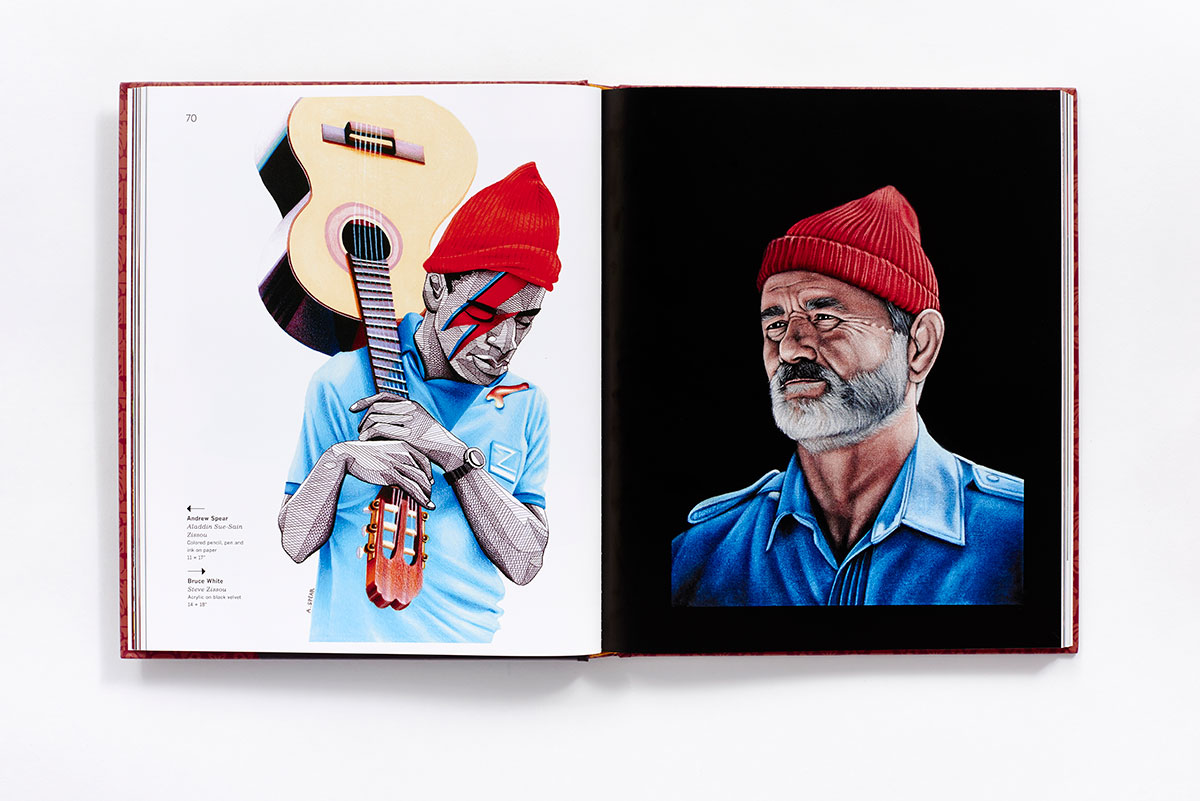 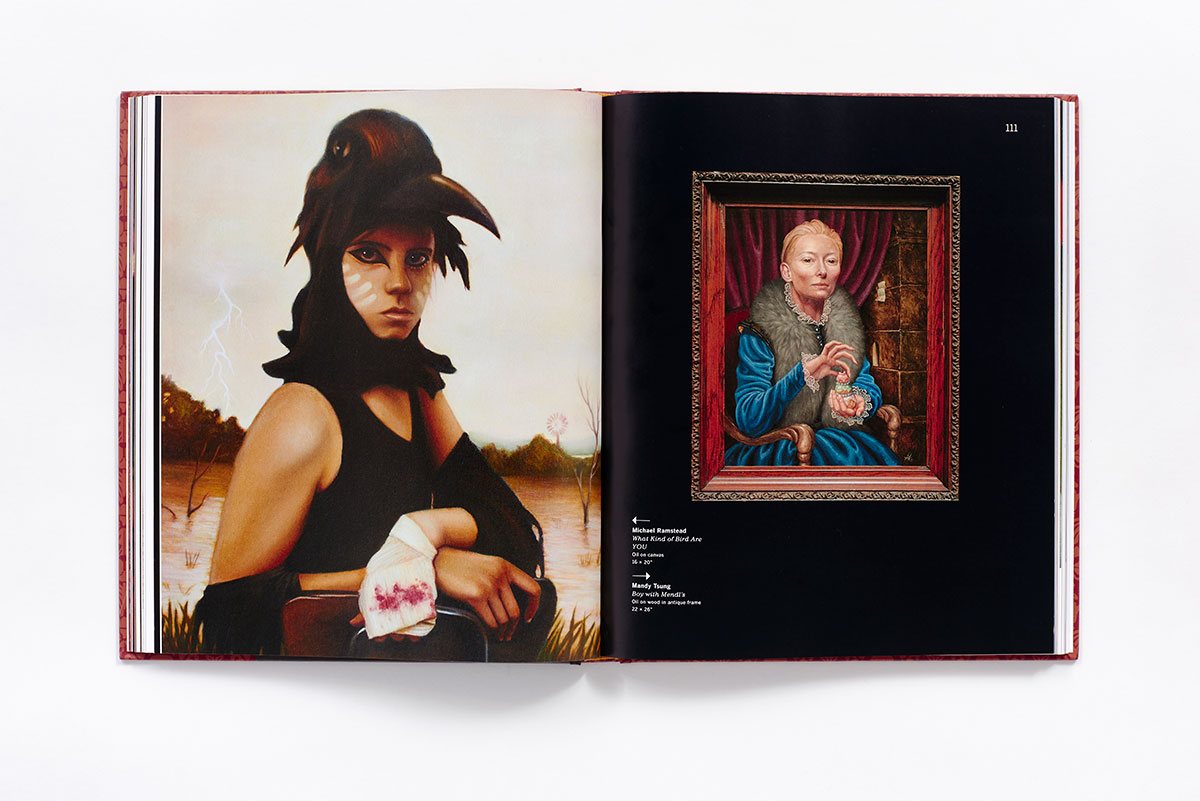 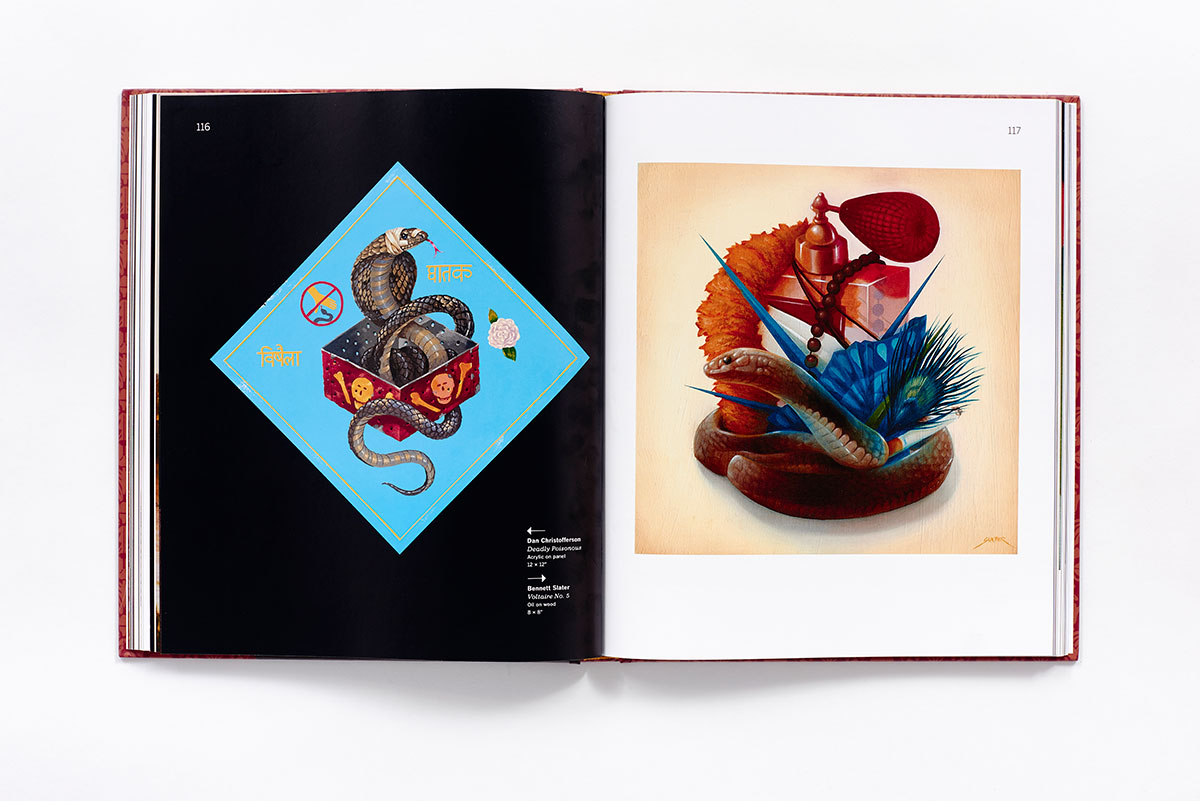 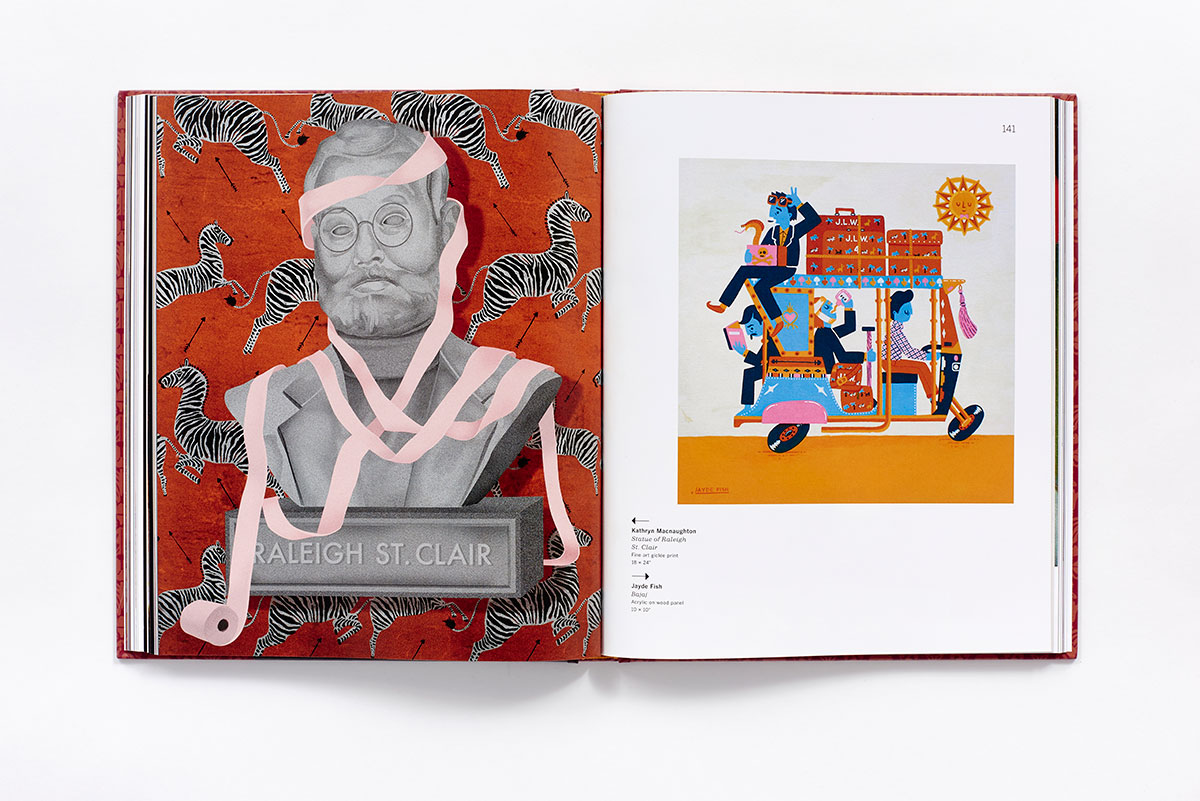 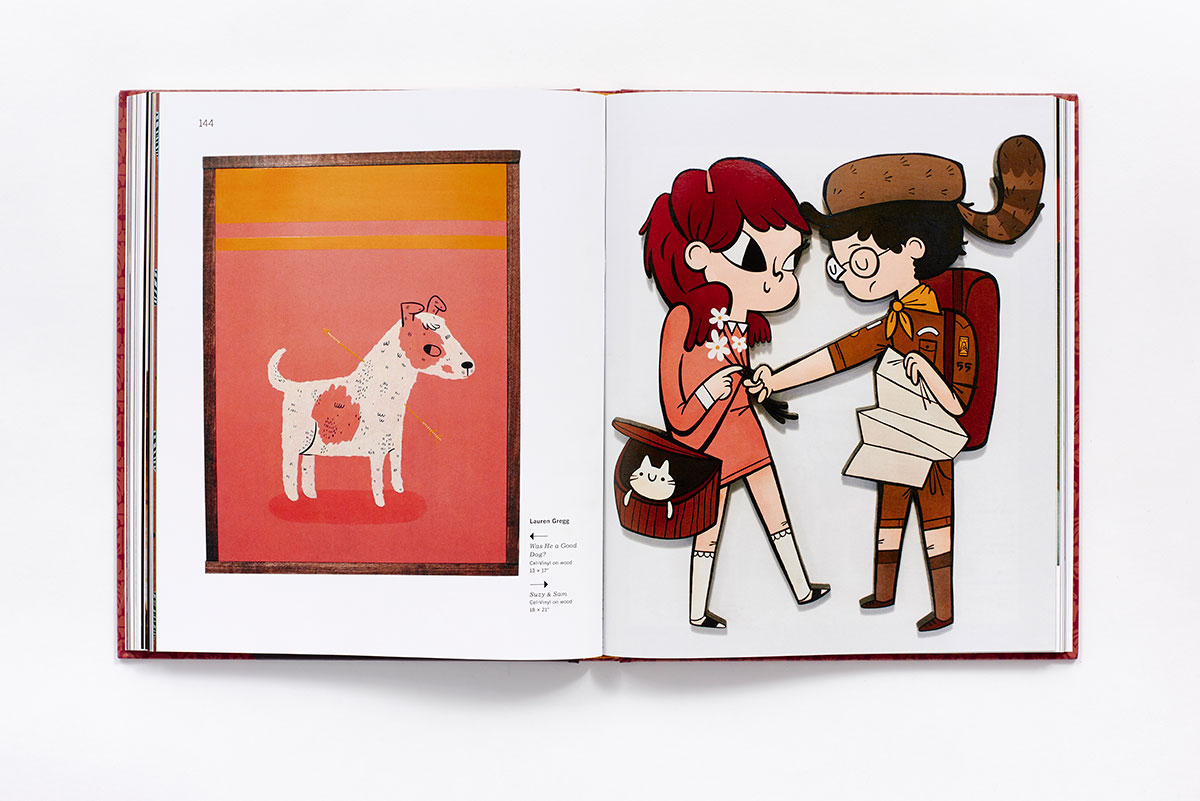 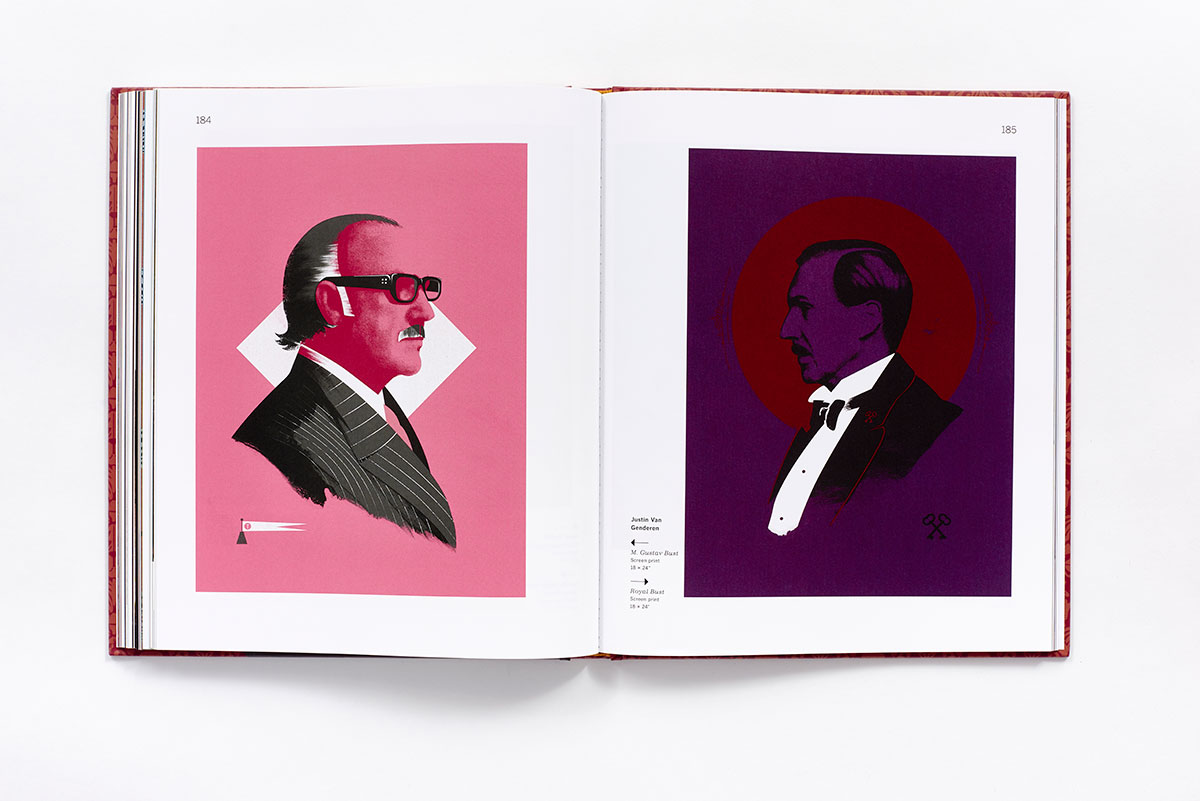 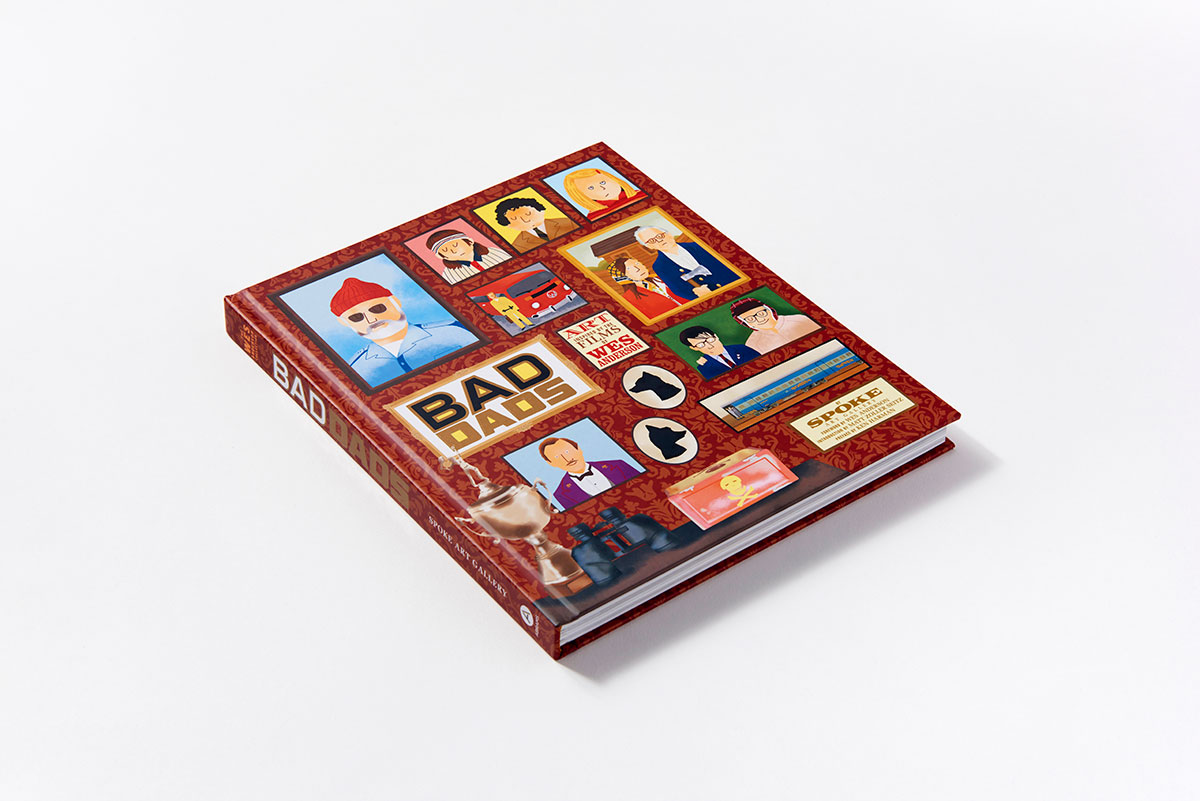 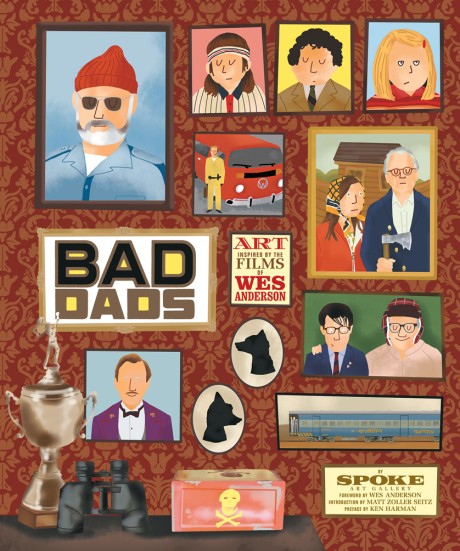 Art Inspired by the Films of Wes Anderson

The third volume in the New York Times bestselling Wes Anderson Collection series showcases the best artwork from “Bad Dads,” an annual exhibition of art inspired by the films of Wes Anderson.

Curated by Spoke Art Gallery in San Francisco, “Bad Dads” has continued to grow and progress as a dynamic group exhibition since its inaugural show in 2011, and has featured work from more than 400 artists from around the world. Those artworks range from paintings to sculptures to limited-edition screen prints and vary greatly in style, making for a diverse and lively show each year. Though each piece is distinct in its own right, the artworks’ unifying element is the shared imagery and beloved characters from:

The book features an original cover by graphic artist Max Dalton, a foreword by writer and director Wes Anderson himself, and an introduction by TV and movie critic Matt Zoller Seitz, author of the bestselling Wes Anderson Collection books.

Spoke Art is a San Francisco–based gallery, run by Ken Harman, that specializes in new contemporary painting, sculpture, and illustration. They curate a series of rotating monthly exhibits that feature a wide variety of solo and group shows.

Max Dalton is a graphic artist living in Buenos Aires by way of Barcelona, New York, and Paris. He has published a few books and illustrated some others, including The Wes Anderson Collection (Abrams, 2013). Max started painting in 1977, and since 2008, he has been creating posters about music, movies, and pop culture, quickly becoming one of the top names in the industry.

Matt Zoller Seitz, a finalist for the Pulitzer Prize in criticism, is the TV critic for New York Magazine and Vulture.com, as well as the editor-in-chief of RogerEbert.com. A Brooklyn-based writer and filmmaker, Seitz has written, narrated, edited, or produced more than 100 hours’ worth of video essays about cinema history and style for the Museum of the Moving Image and The L Magazine, among other outlets. His five-part 2009 video essay, “Wes Anderson: The Substance of Style,” was later spun off into a New York Times bestselling hardcover book: The Wes Anderson Collection (Abrams, 2013). He is also the author of Abrams titles such as The Wes Anderson Collection: The Grand Budapest Hotel, The Oliver Stone Experience, and Mad Men Carousel.