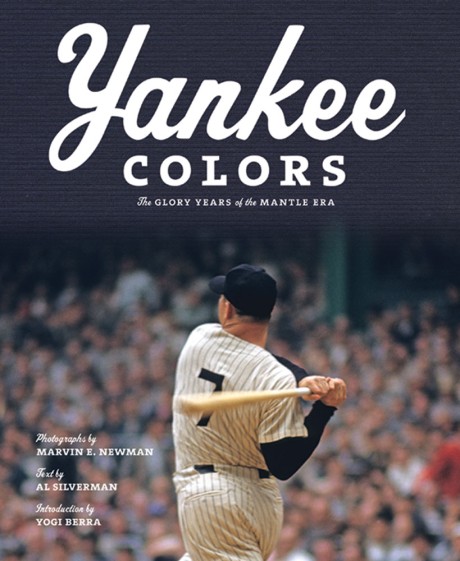 The Glory Years of the Mantle Era

Here is an intimate pictorial history featuring rare and many unpublished color photographs of the Yankees from the golden age of the celebrated baseball team. Yankee Colors tells the story of the legendary period from 1949 to 1964 when New York baseball was supreme and the New York Yankees were in the World Series almost every year. Now, this glorious period of Yankees history is captured through the intimate lens of famed sports photographer Marvin Newman. He was one of the only sports photographers of the time shooting in color and capturing the Yankee greats such as Mickey Mantle, Roger Maris, Casey Stengel, and Yogi Berra. Images of regular season games, pennant races, World Series competition, and Yankee Stadium are included.

This book is a must for every Yankee and baseball fan, with behind-the-scenes moments and photos of the greatest baseball icons of the time.

Marvin E. Newman's work has been exhibited at museums across the U.S. including the Metropolitan Museum of Art. He has been a national president of the American Society of Media  Photographers and was a contributing photographer for Sports Illustrated.

Al Silverman coauthored Gale Sayer's bestselling autobiography, I Am Third. He was a sportswriter and editor of Sport Magazine, and later the publisher of Viking.