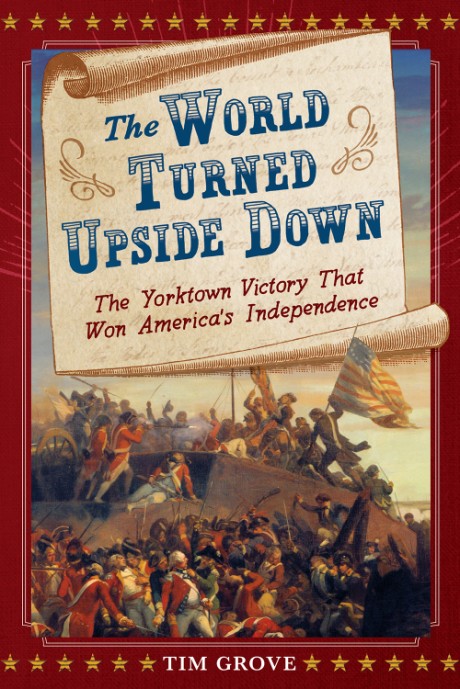 The World Turned Upside Down

A dramatic, gripping history of the Siege of Yorktown, the last major battle of the American Revolution, told through vastly different perspectives

In October 1781, American, French, and British forces converged on a small village named Yorktown—a place that the British would try to forget and Americans would forever remember. In his riveting, balanced, and thoroughly researched account of the Revolutionary War’s last pivotal conflict, author–historian Tim Grove follows the true stories of American, French, and British players, whose lives intersected at Yorktown.

Through very different viewpoints—from General George Washington to the notorious traitor Benedict Arnold, from young French hero Lafayette to British General Lord Cornwallis, and an enslaved man named James who became a spy, The World Turned Upside Down tells the story of bold decisions made by famous military leaders, as well as the everyday courage shown by civilians. For every side involved, the world forever turned upside down at Yorktown.

"This engaging, well-researched, and at times suspenseful book explains the history of the American Revolution, focusing on the decisive battle at Yorktown, Virginia. . .History enthusiasts and those interested in freedom struggles will enjoy this."
Booklist —

Author Tim Grove talks about the inspiration for the book

Historian Tim Grove has written several books for young readers. His book Star-Spangled was named a Best Book of 2020 by Kirkus Reviews and the Chicago Public Library, and First Flight Around the World was a finalist for the American Library Association’s YALSA Excellence in Nonfiction award. He holds a graduate degree in history and an undergraduate degree in journalism. Grove’s career has included positions at the Smithsonian’s National Portrait Gallery, National Air and Space Museum, and National Museum of American History. Grove lives in Falls Church, Virginia.