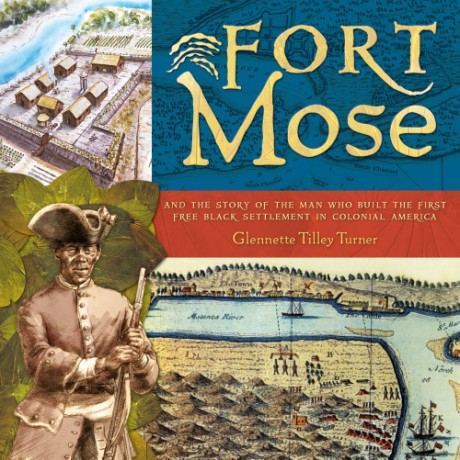 In 1724, Francisco Menendez escaped from a plantation in the colony of South Carolina and, with a small group of men, headed south to Florida, at the time a Spanish colony, to the town of St. Augustine. There he was granted his freedom. He soon became a member of the Black militia and helped defend the area from English invaders. In 1738, Menendez helped found the first legally sanctioned free Black community in America. It was called Fort Mose, and it lay just north of St. Augustine.

There were thirty-eight households of men, women, and children living together at Fort Mose, creating a frontier community that drew on a range of African backgrounds and blended them with the local Spanish, Native American, and English peoples and cultures. Fort Mose became a southern destination for travelers of the Underground Railroad many years before the birth of its legendary “conductor,” Harriet Tubman.

**STARRED REVIEW**
"Turner’s graceful account clearly distinguishes between fact and supposition. The paragraphs discussing the transport of slaves and their treatment at the “pest” house on Sullivan’s Island are particularly vivid and informative. Brightening every page of this large, handsome book are deep-green borders of tropical leaves. A significant addition to African American history collections for young people."
Booklist, starred review —

"This handsomely designed book offers an eye-opening look at a hitherto little-known community and a notable figure in Colonial American history."
Kirkus Reviews —

Glennette Tilley Turner has written nine children’s books, including An Apple for Harriet Tubman and Running for Our Lives. She has a master’s degree in history and children’s literature; has spoken at ALA, NCTE, BCALA, and the Library of Congress; has presented at Illinois library, historical, and reading organizations; and has served as an advisor to the National Park Service. She lives in Wheaton, Illinois.