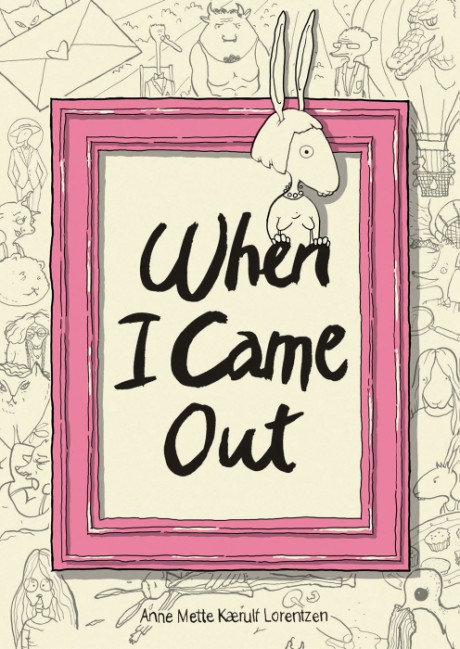 When I Came Out

A brave coming-out story of 40-something Louise, who, while married, realizes that she prefers women

Forty-something Louise is married to Peter, with whom she has four children. They live in a big house, and on paper everything looks fantastic. But Louise has a secret that she barely dares to admit to herself: a burning desire for women.
When I Came Out is the story of a woman who has met society’s expectations throughout her life but finally realizes that she has not been true to herself. From first-time creator Anne Mette Kærulf Lorentzen, this bold and elaborate piece of autobiographical work addresses personal anxieties about coming-out later in life and documents her jump from a safe, well-established, heteronormative, middle-class life to living openly as a lesbian.
With beautiful drawings using anthropomorphic animal characters, Anne Mette Kærulf Lorentzen tells her coming-out story with charming sensitivity and a loving humor.

Anne Mette Kærulf Lorentzen is an architect and LGBTQ+ activist living in Denmark. She is part of the NGO Female Oxygen, which supports women in countries where LGBTQ+ rights are threatened.