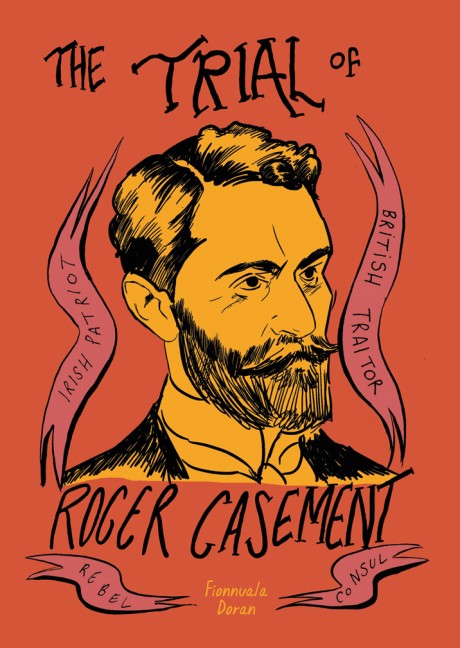 The Trial of Roger Casement

In 1911, Roger Casement was knighted by King George V for his humanitarian work. Five years later, he was hanged for treason. The Trial of Roger Casement traces the astonishing downfall of an Irishman once feted for his humanitarianism but later condemned both as a revolutionary and as a homosexual. Fionnuala Doran follows Casement’s efforts to gain German support for an independent Ireland, his drive to recruit volunteers, and his subsequent arrest in County Kerry. This politically charged and enlightening graphic novel pictures Casement’s three-day interrogation at Scotland Yard, his incarceration at the Tower of London, and his time in the dock at the Old Bailey. Hopes of a reprieve begin to vanish when his private diaries are seized and circulated by police, but Casement’s defiance never wavers: there, in the courtroom, he delivers one of the greatest speeches of all time.

Fionnuala Doran is a comics artist and illustrator. A graduate of the Royal College of Art, she won the British Library’s Comics Unmasked competition in 2014. She lives in Edinburgh.