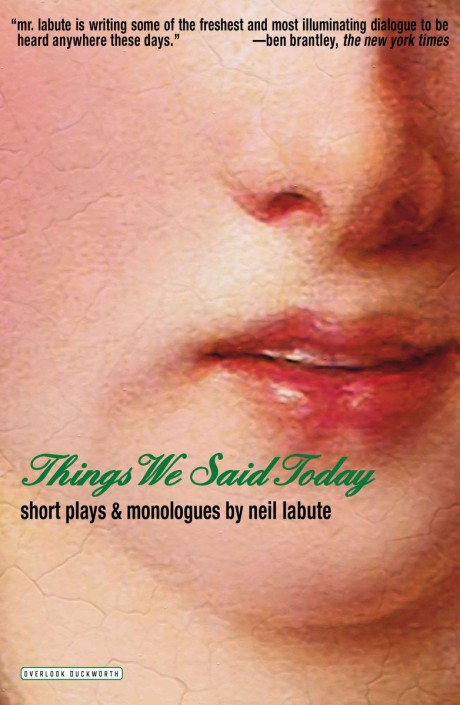 Things We Said Today features the scripts for Neil LaBute's groundbreaking Directv project 10x10—a series of short films written and directed by LaBute based on ten compelling original monologues, five each for men and women.   Also included are five short plays displaying the power and scope of Neil LaBute's creative vision. In Pick One, three white guys come up with a way to solve America's problems; in The Possible one young woman seduces another's boyfriend for an unexpected reason. Call Back features an actress and actor who spar about a past encounter that she, unnervingly, remembers much better than he does. Good Luck (In Farsi), "a pleasingly astringent study in competitiveness and vanity" (The New York Times) has two actresses pulling out all the stops in a preaudition psych out; and in Squeeze Play a father and his son's baseball coach strike a mutually beneficial deal. Rounding out the collection are two monologues commissioned as part of Centerstage's "My America" project.