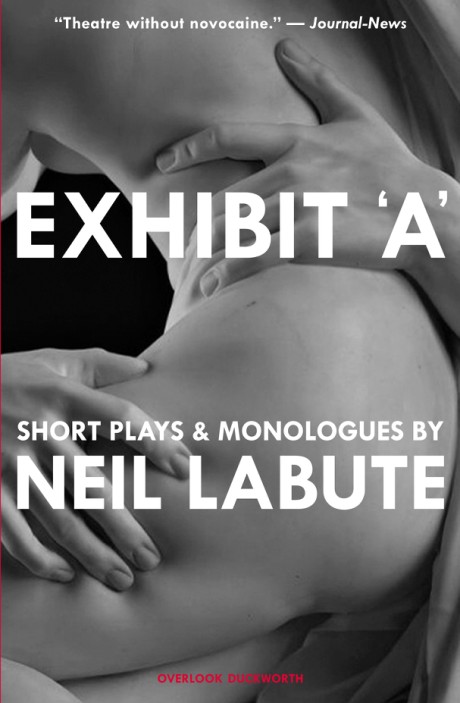 In the title play, Exhibit ‘A', an artist pushes the boundaries of his art to a previously untouched frontier, challenging the very definition of "art." 10K explores the territory where fantasy and desire merge, as a man and woman share secrets while traversing a suburban jogging path. Here We Go Round the Mulberry Bush is a tense confrontation between two men in a park. In Happy Hour, a guy and a gal meet cute in a bar. I'm Going To Stop Pretending (That I Didn't Break Your Heart) lays bare a couple at the bitter end of a relationship, where devastation and loss for one is freedom and inevitability for the other.   16 Pounds is a bleak, near-future look at water scarcity; BFF is the stage adaptation of LaBute's short film about three "friends"; Black Girls takes a white guy and a black girl through a wildly uncomfortable conversation; Some White Chick and The Unimaginable are two chillers written for Southwark Playhouse's TERROR! Festival; and the monologue Totally is a young woman's sex revenge confession like no other.