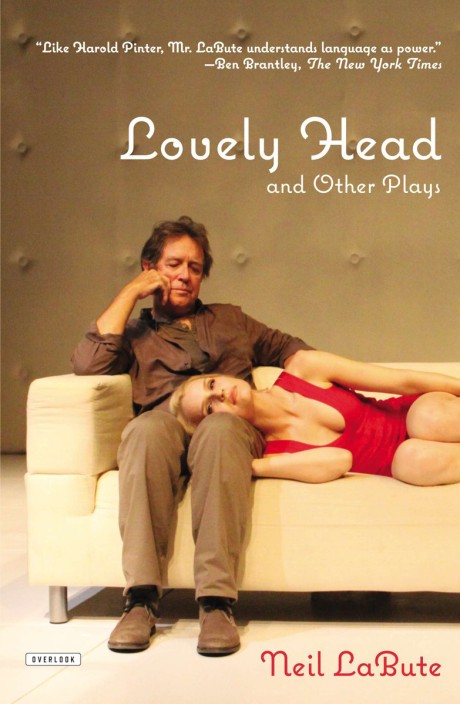 Buy
Lovely Head and Other Plays
By Neil LaBute

The title play, which had its American premiere at La MaMa in 2012, rivetingly explores the relationship between a nervous older man and a glib young prostitute, as their evening together drives toward a startling conclusion. Also included is the one-act play The Great War, which looks at a divorcing couple and the ground they need to cross to reach their own end of hostilities; In the Beginning, which was written as a response to the Occupy movement and produced around the world in 2012-13 as part of Theatre Uncut; The Wager, the stage version of the film Double or Nothing starring Adam Brody; the two-handers A Guy Walks Into a Bar, Over the River and Through the Woods, and Strange Fruit; and two powerful new monologues, Bad Girl and The Pony of Love.