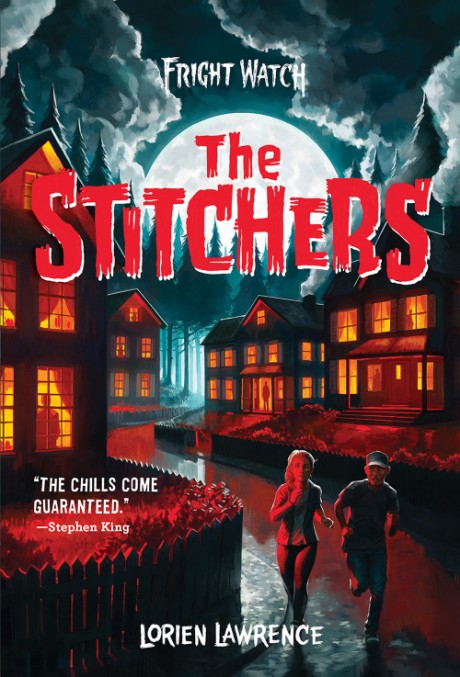 Something strange is happening on Goodie Lane . . .

Thirteen-year-old Quinn Parker knows that there’s something off about her neighbors. She calls them “the Oldies” because they’ve lived on Goodie Lane for as long as anyone can remember, but they never seem to age. Are they vampires? Or aliens? Or getting secret experimental surgeries? Or is Quinn’s imagination just running wild again?

If her dad were still around, he’d believe her. When he was alive, they’d come up with all sorts of theories about the Oldies. Now, Quinn’s determined to keep the investigation going with the help of Mike, her neighbor and maybe-crush. They’ll have to search for clues and follow the mystery wherever it leads—even if it’s to the eerie pond at the end of the street that’s said to have its own sinister secrets. But the Oldies are on to them. And the closer Quinn and Mike get to uncovering the answers, the more they realize just how terrifying the truth may be.

Lorien Lawrence is a writer and middle school English teacher from Connecticut. When she’s not reading or writing, she can be found hunting ghosts with her family. The Stitchers is her debut novel.