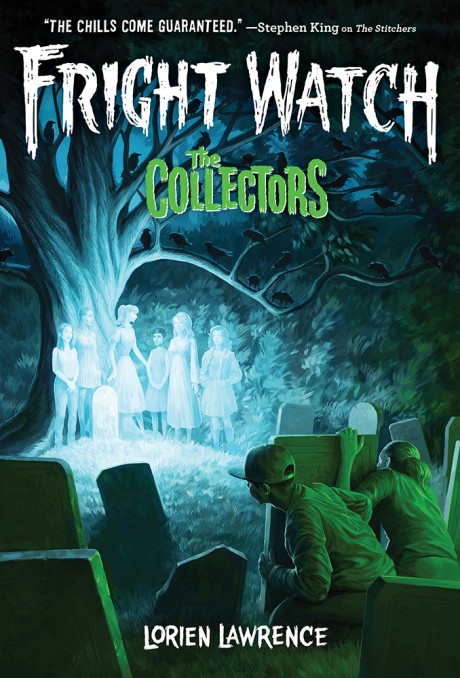 The Ladies in White want you to join their family—forever. . .

After defeating the Oldies, Quinn and Mike thought that things would settle down on Goodie Lane. But then new neighbors move in. Maybe it’s because they all work at the interior design firm, but Abigail, Eleanor, Jade, Brea, and Cami seem to always be together, dressed in only white.

After everything that happened last summer, Quinn’s a bit wary of the Ladies in White, but her friend Lex is thrilled that someone in town finally has some style. But when Lex starts volunteering at the Ladies’ design firm, things get strange. Lex is acting less like herself, and Quinn begins seeing strange shadows lurking in their neighborhood. She knows the Ladies are to blame; she just has to prove it.

Twisty and haunting, The Collectors is the second book in the Fright Watch series, which SLJ called “Perfect for fans of Goosebumps and Stranger Things” and Booklist called “Reminiscent of R. L. Stine’s Fear Street . . . [Fright Watch] can be counted on to deliver chills.”