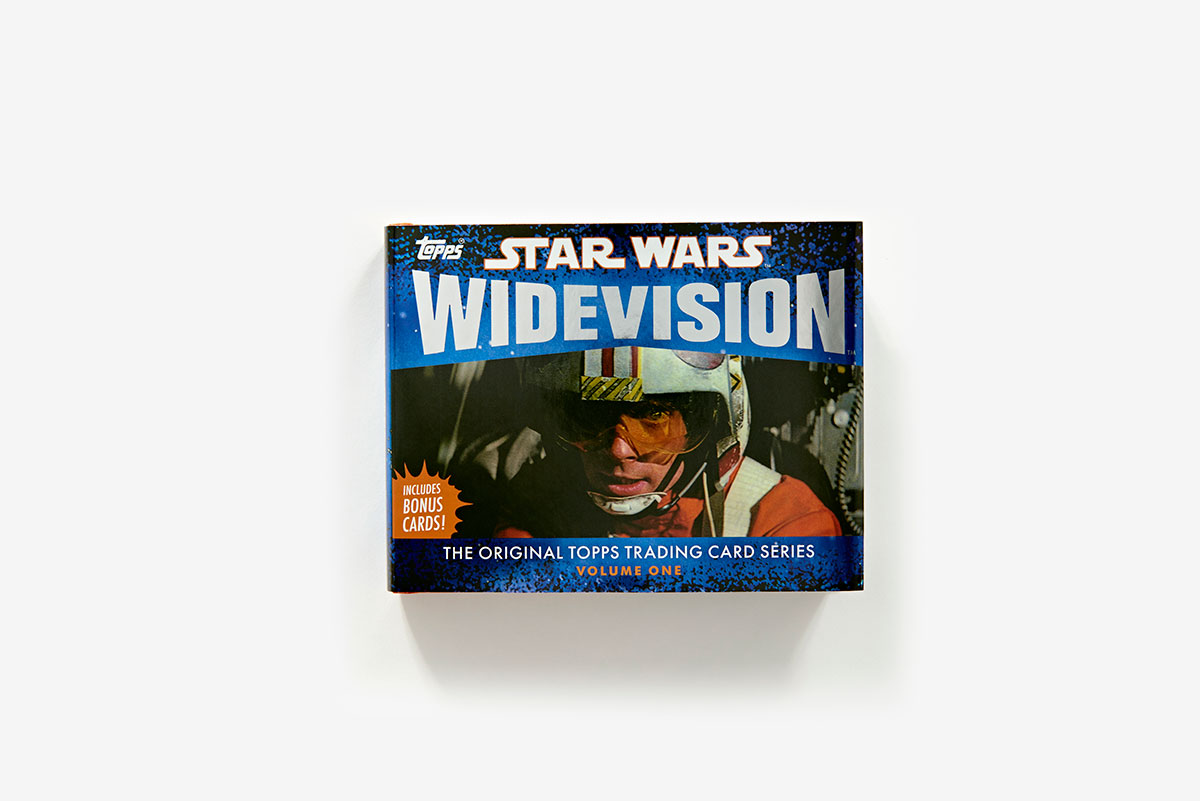 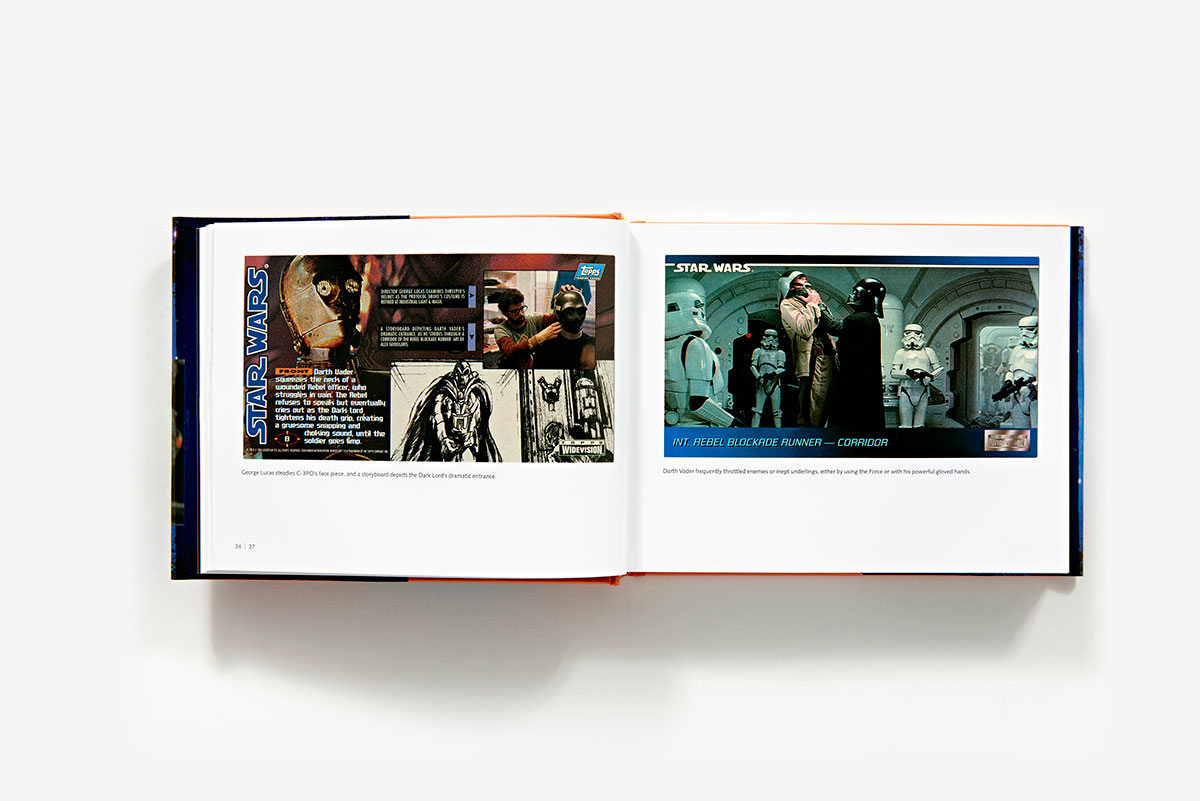 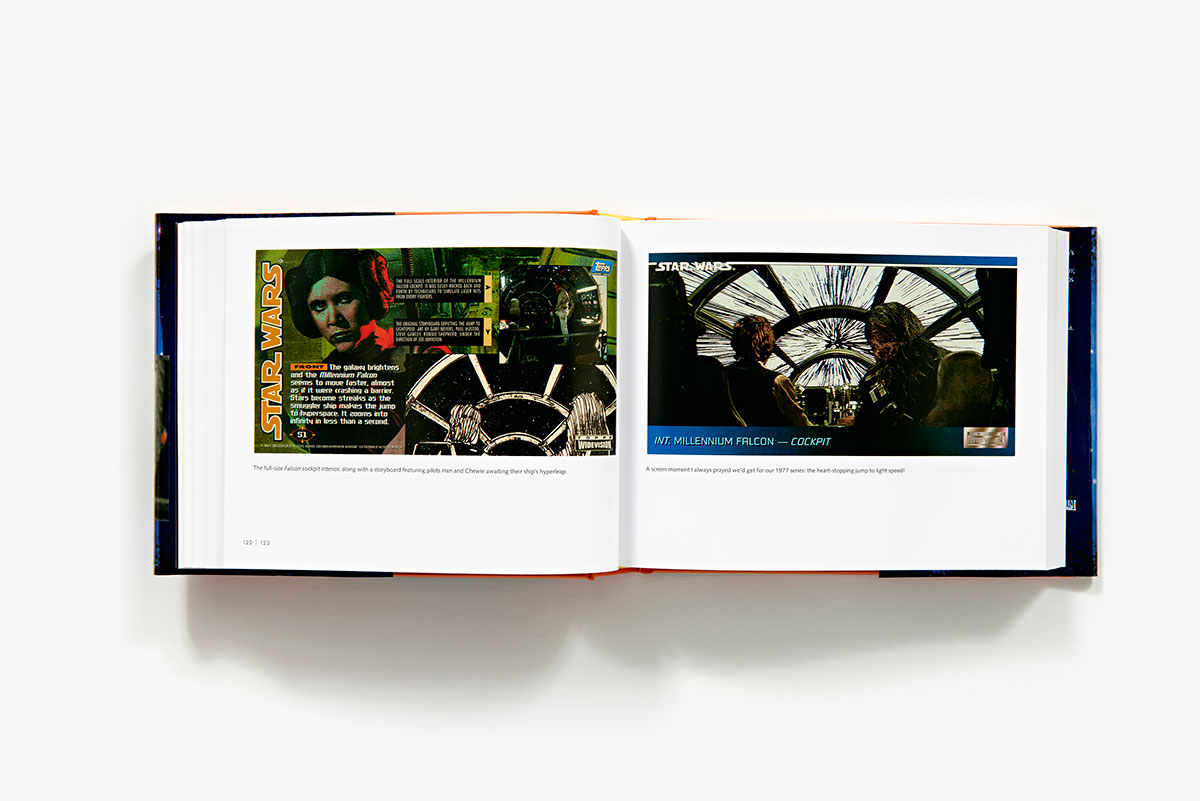 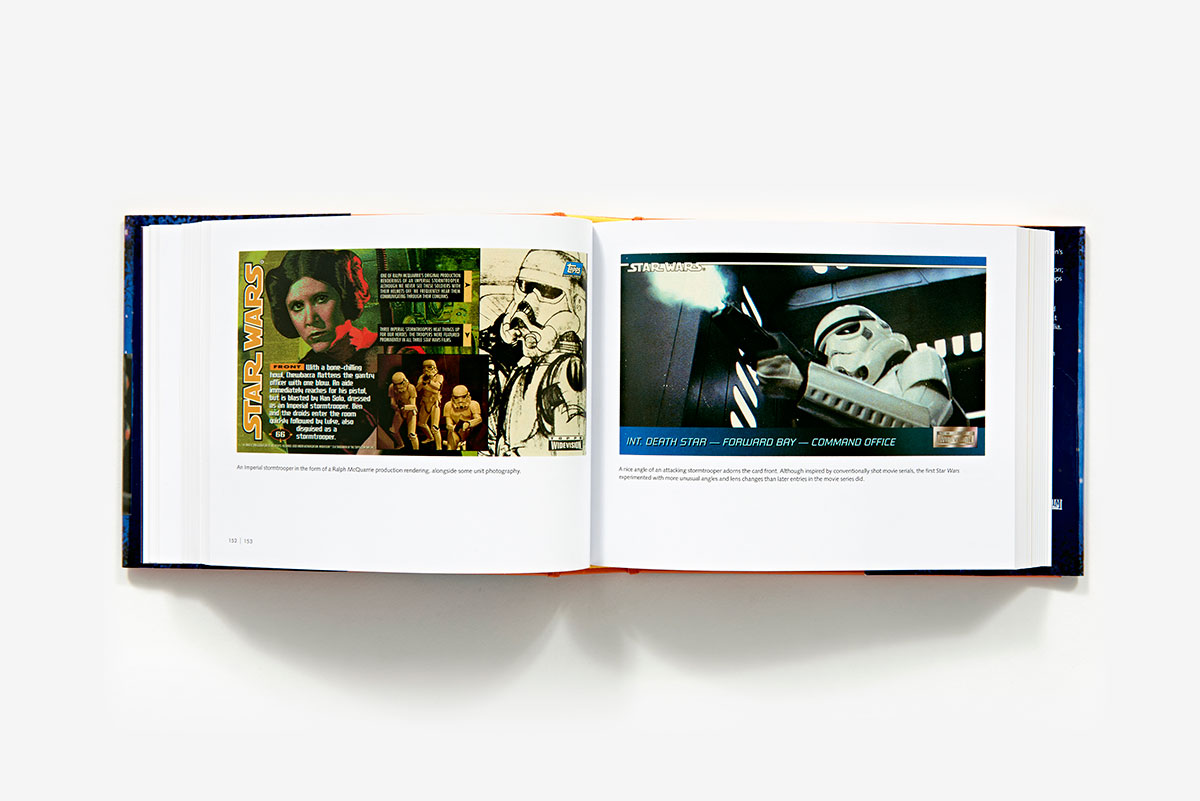 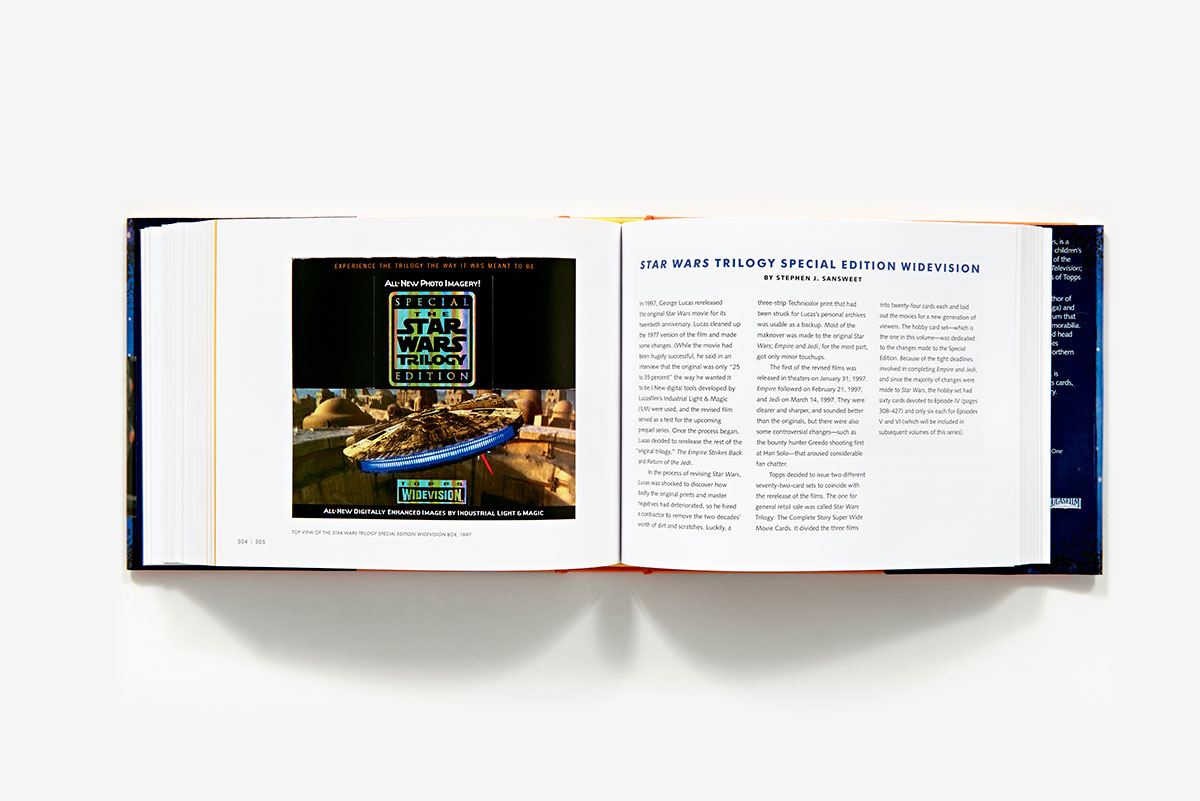 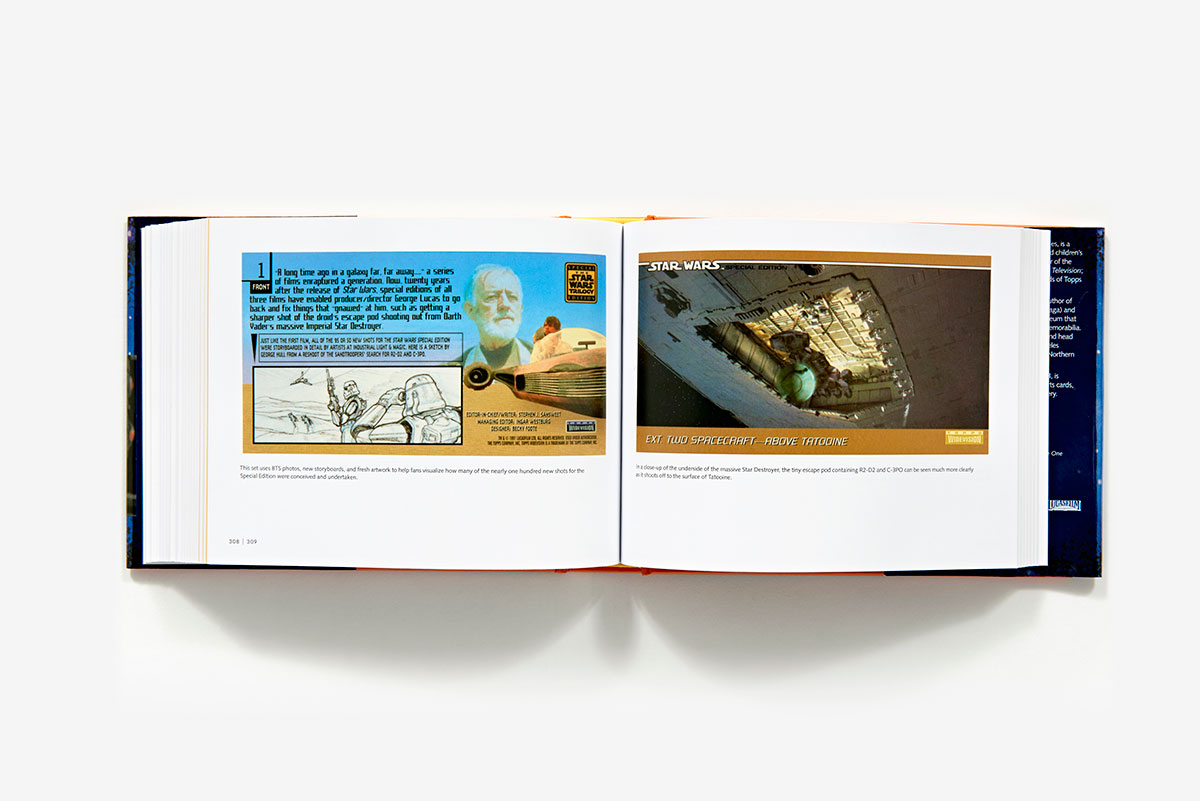 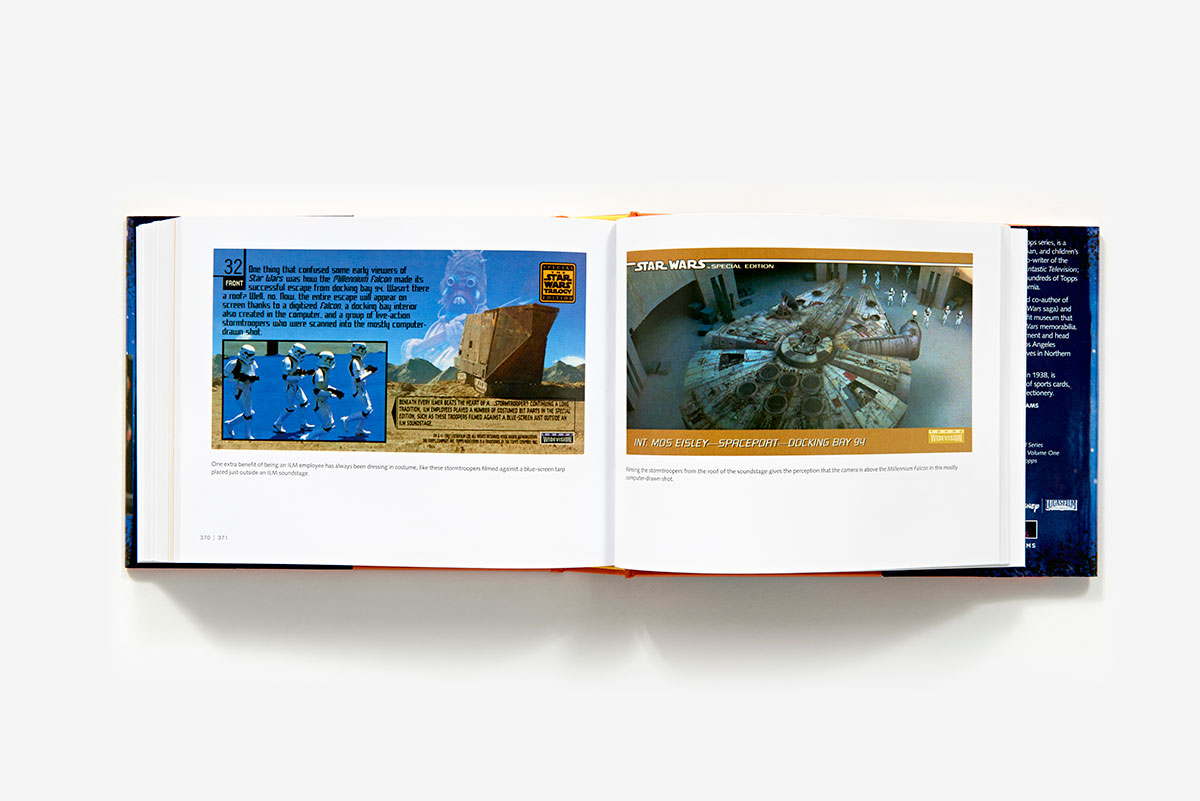 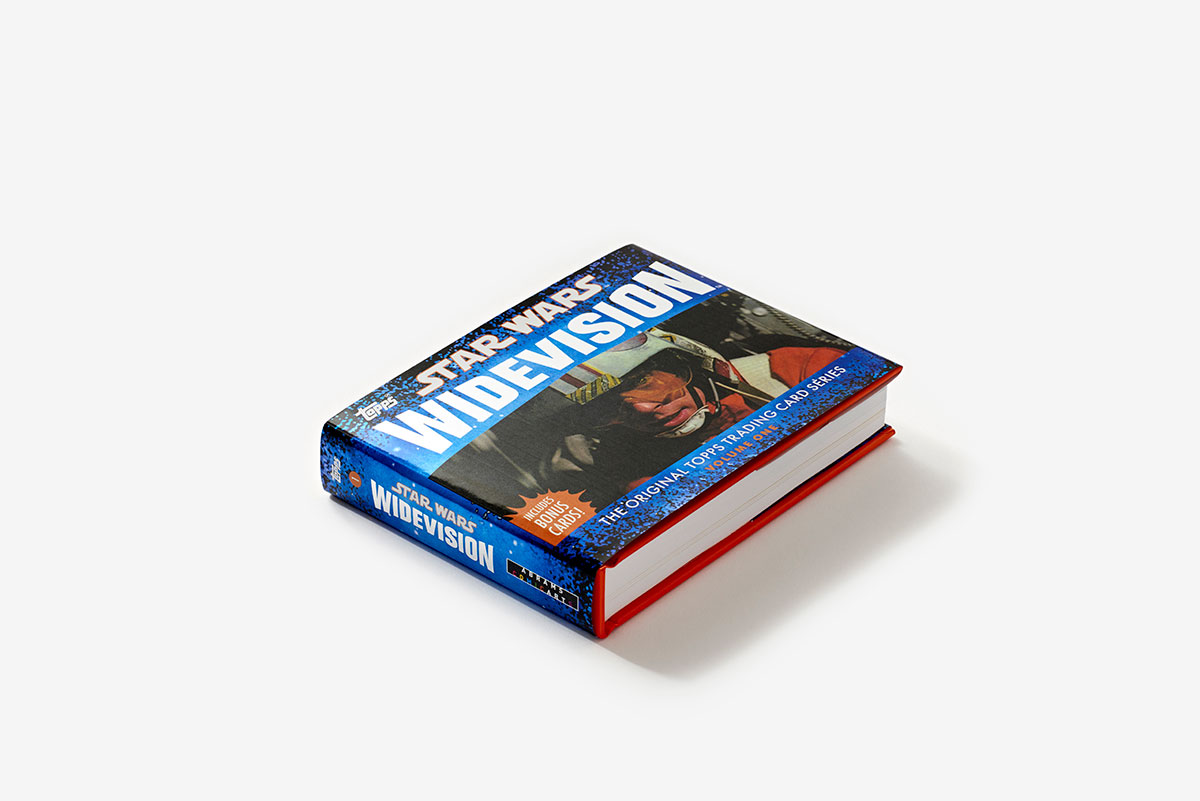 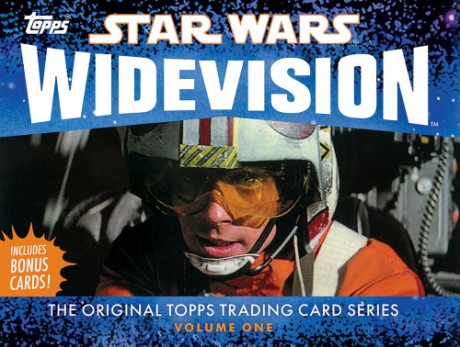 By The Topps Company, and Gary Gerani
Contribution by Stephen J. Sansweet

Following the successful release of multi-series trading cards based on the original Star Wars film series (1977–83), Topps released the first volume of its Widevision series in 1995. These special cards were just as tall as the standard Topps trading cards but twice as long—a format that better reflected the widescreen dimensions of the films. Now, for the first time, every card, as well as rare promotional cards and limited edition chase cards, are reprinted in one deluxe collection. This new volume includes the fronts and backs of each card, showcasing original storyboards, fun facts, filmmaker quotes, behind-the-scenes photos, and exclusive commentary by George Lucas. Also included are four bonus cards, rare promotional images, an introduction by Gary Gerani, the original editor of the Star Wars Topps series, and an afterword by Star Wars collector Stephen J. Sansweet.

Gary Gerani is the creator, editor, and writer of hundreds of Topps trading card sets and the author of Topps’s Star Wars series. He lives in Los Angeles.

Stephen J. Sansweet is the president of Rancho Obi-Wan, a nonprofit museum comprising the world’s largest collection of Star Wars memorabilia. He lives in Northern California.