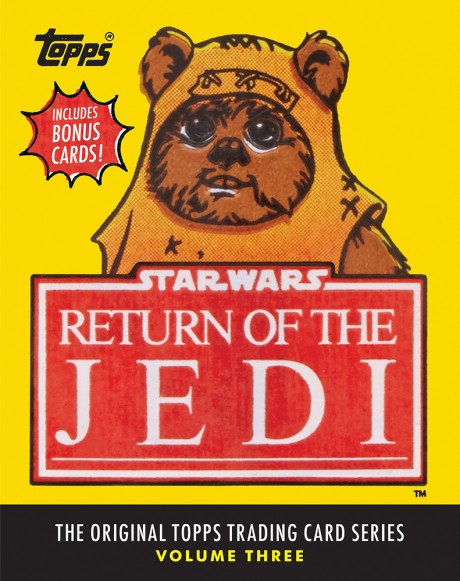 Star Wars: Return of the Jedi

By Lucasfilm Ltd, The Topps Company and Gary Gerani

Following the success of Star Wars (1977) and The Empire Strikes Back (1980), Topps released two brand-new sets of collectable trading cards in 1983 to coincide with Return of the Jedi, the final installment of George Lucas’s original Star Wars trilogy. Now, for the first time, all 220 cards and 55 stickers are reprinted in one deluxe volume. As with the previous books in the Topps series, this collection features the fronts and backs of each card, including character profiles and puzzles featuring all of your favorite scenes from Return of the Jedi. Also included are four bonus trading cards, rare promotional images, and an introduction and commentary by Gary Gerani, the original editor of the Star Wars Topps series.

Gary Gerani is the creator, editor, and writer of hundreds of Topps trading card sets and the author of Topps’s Star Wars series. He lives in Los Angeles. The Topps Company, Inc., founded in 1938, is the preeminent creator and brand marketer of sports cards, entertainment products, and distinctive confectionery.