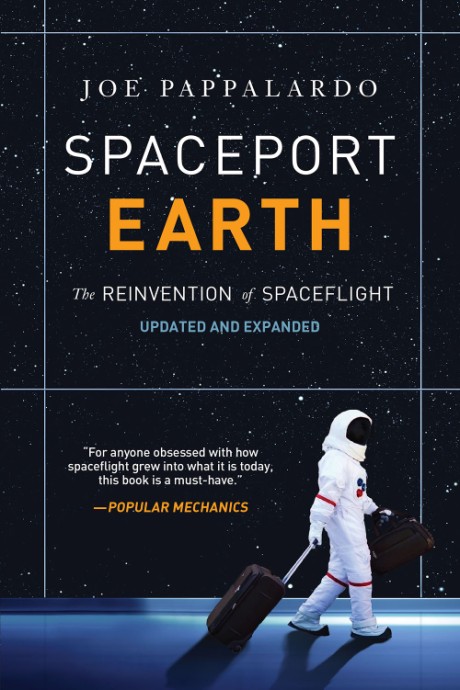 Buy
Spaceport Earth
The Reinvention of Spaceflight
By Joe Pappalardo

It's the 21st-century and everything about the space industry is changing, and leading that charge are private sector companies including Elon Musk's SpaceX and Jeff Bezos's Blue Origin, which are building a dizzying array of new spacecraft and rockets, not just for government use, but for any paying customer. At the heart of this space revolution are spaceports, the center and literal launching pads of spaceflight. Spaceports cost hundreds of millions of dollars, face extreme competition, and host operations that do not tolerate failures—which can often be fatal.Aerospace journalist Joe Pappalardo has witnessed space rocket launches around the world, from the jungle of French Guiana to the coastline of California. In his comprehensive work Spaceport Earth, Pappalardo describes the rise of private companies and how they are reshaping the way the world is using space for industry and science. Spaceport Earth is a travelogue through modern space history as it is being made, offering space enthusiasts, futurists, and technology buffs a close perspective of rockets and launch sites, and chronicling the stories of industrial titans, engineers, government officials, billionaires, schemers, and politicians who are redefining what it means for humans to be a spacefaring species.