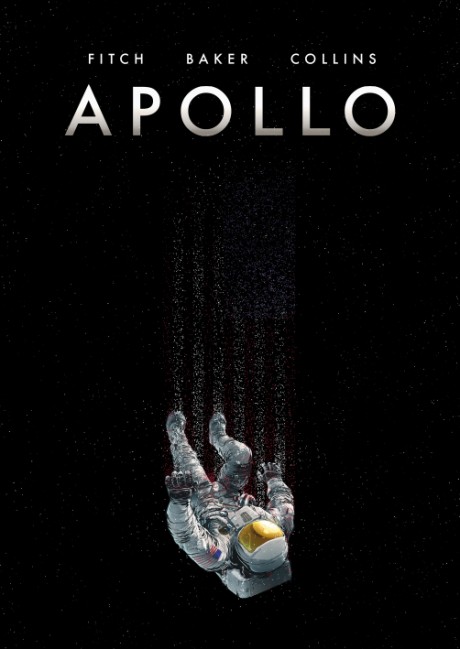 In 1969, humankind set foot on the moon. Neil Armstrong, Edwin ”Buzz” Aldrin, and Michael Collins carried the fire for all the world. Backed by the brightest minds in engineering and science, the three boarded a rocket and flew through the void—just to know that we could. In Apollo, Matt Fitch, Chris Baker, and Mike Collins unpack the urban legends, the gossip, and the speculation to reveal a remarkable true story about life, death, dreams, and the reality of humanity's greatest exploratory achievement.

“Writers Fitch and Baker teamed up with illustrator Collins … to create a graphic novel of the suspense-filled story. They convey surprising depth and emotion, as well as rich historical details of the era.”

“The moon landing is one of the most well-documented events in human history, but it’s reimagined here in a way that makes it feel new again. Lovers of space-race lore will want to pick this up.”

Mike Collins is a comic-book artist based in Wales. He has worked for Marvel on comics including Spider-Man and Transformers; for DC Comics on flagship titles such as Batman, Superman, and WonderWoman; and for the UK’s celebrated weekly comic 2000AD on JudgeDredd, Sláine, and RogueTrooper, among others. Matt Fitch and Chris Baker are the cofounders of Dead Canary Comics, a small press dedicated to comics and graphic novels. Together, they are the authors of Reddin (with Conor Boyle) and TheFitzroy, a collection of stories featuring artwork by Krent Able, Charlie Hodgson, Will Robson, Scott Cooper, and Will Kirkby.