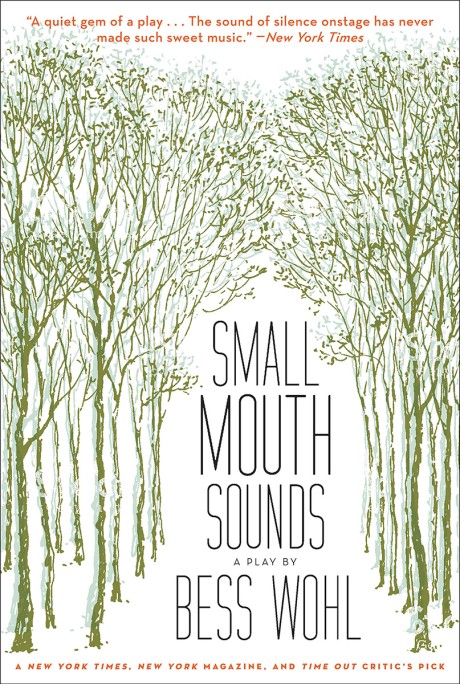 In the overwhelming quiet of the woods, six runaways from city life embark on a silent retreat. As these strangers confront internal demons both profound and absurd, their vows of silence collide with the achingly human need to connect. Filled with awkward and insightful humor, Bess Wohl’s beguiling and compassionate new play brilliantly captures the unique eloquence of a silent retreat and asks how we address life’s biggest questions when words fail us.

A major hit of the 2015–16 Off Broadway season with two sold out extended runs, Small Mouth Sounds is “wry and observant . . . long on emotions and short on words” (Daily News).

Bess Wohl’s plays include American Hero, Barcelona, and the original musical Pretty Filthy, in collaboration with The Civilians (Lucille Lortel and Drama Desk nominations for Outstanding Musical). She is an associate artist with The Civilians, an alumna of Ars Nova, and the recipient of commissions from Manhattan Theatre Club, Hartford Stage, and Lincoln Center. She is a graduate of Harvard and Yale School of Drama.