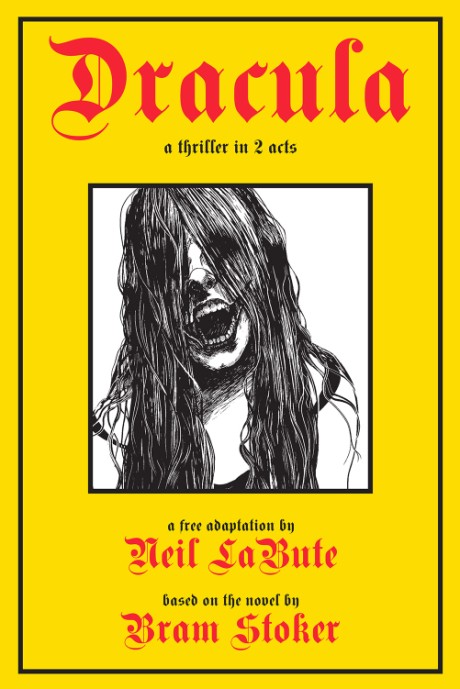 A Thriller in 2 Acts

By Neil LaBute and Bram Stoker

Before acclaimed playwright and filmmaker Neil LaBute became the creator and showrunner of Syfy’s hit series Van Helsing, he had already adapted Dracula for the stage—with a fierce female Van Helsing as the vampire hunter.

In this masterful adaptation, Neil LaBute brings a rich theatricality and his provocative way with language and story to the world of Count Dracula, Van Helsing, Jonathan Harker, and his beloved Mina—this time, with very much a mind of her own—infusing the classic gothic tale of terror, obsession, and pathos with a modern edge. Chilling yet stylish in its atmosphere, dark yet deeply human in its emotional impact, Neil LaBute’s Dracula: A Thriller in 2 Acts is a tribute to both LaBute’s dramatic vision and the timelessness of Stoker’s novel.

Neil LaBute is is an award-winning playwright, filmmaker, screenwriter, and television showrunner. His plays include Bash, In a Forest, Dark and Deep,Reasons to Be Happy, The Money Shot, How to Fight Loneliness, and Reasons to Be Pretty Happy. His adaptations include Dracula, Miss Julie, Woyzeck, and Antigone. He is the recipient of a Literature Award from the American Academy of Arts and Letters.