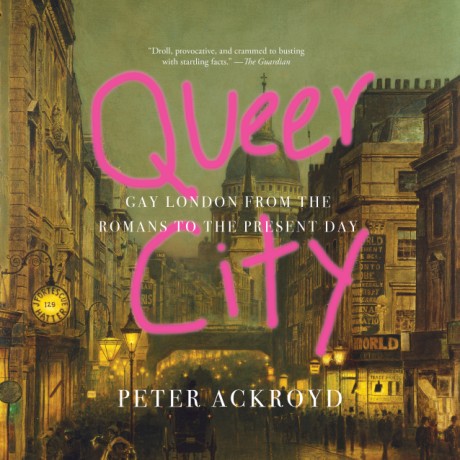 “Spanning centuries, the book is a fantastically researched project that is obviously close to the author’s heart . . . An exciting look at London’s queer history and a tribute to the ‘various human worlds maintained in [the city’s] diversity despite persecution, condemnation, and affliction.’”
— Kirkus Reviews

“[Ackroyd’s] work is highly anecdotal and near encyclopedic . . . the book is fascinating in its careful exposition of the singularities—and commonalities—of gay life, both male and female. Ultimately it is, as he concludes, a celebration as well as a history.”
— Booklist

"Queer City is a witty history-cum-tribute to gay London, from the Roman "wolf dens" through Oscar Wilde and Gay Pride marches to the present day."
— ShelfAwareness

“Always entertaining . . . much to be recommended.”
— The Spectator

“A nimble, uproarious pocket history of sex in his beloved metropolis.”
— Independent

“Ackroyd has an encyclopedic knowledge of London, and a poet’s instinct for its strange, mesmerizing drives and urges . . . Queer City contains something to alarm or fascinate on every page.”
— The Mail on Sunday

“Droll, provocative and crammed to busting with startling facts.”
— The Guardian