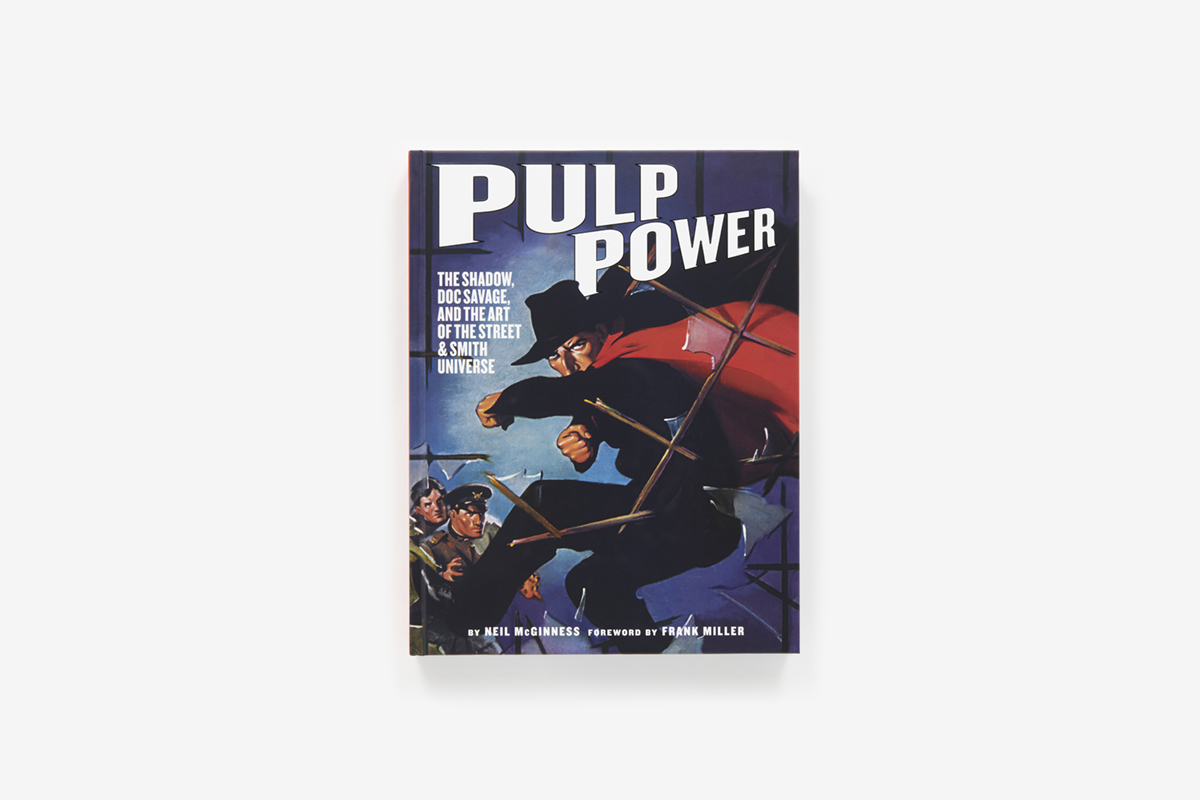 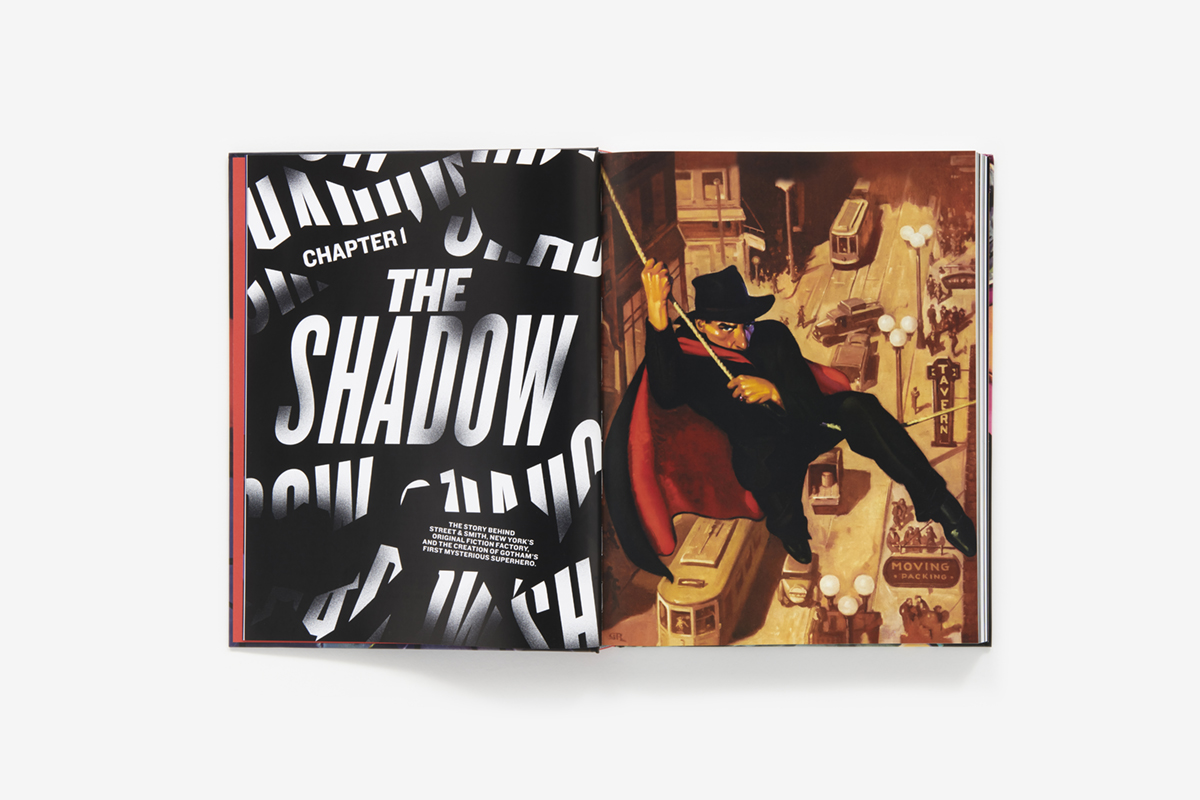 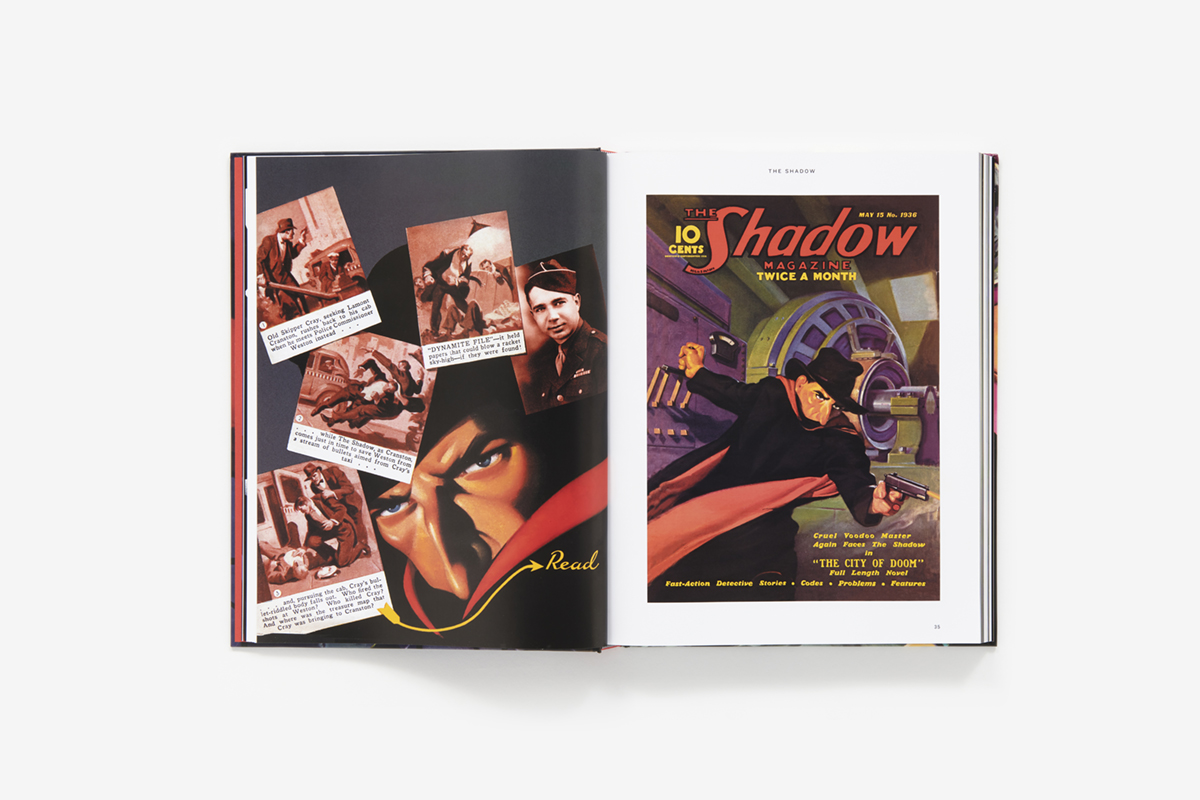 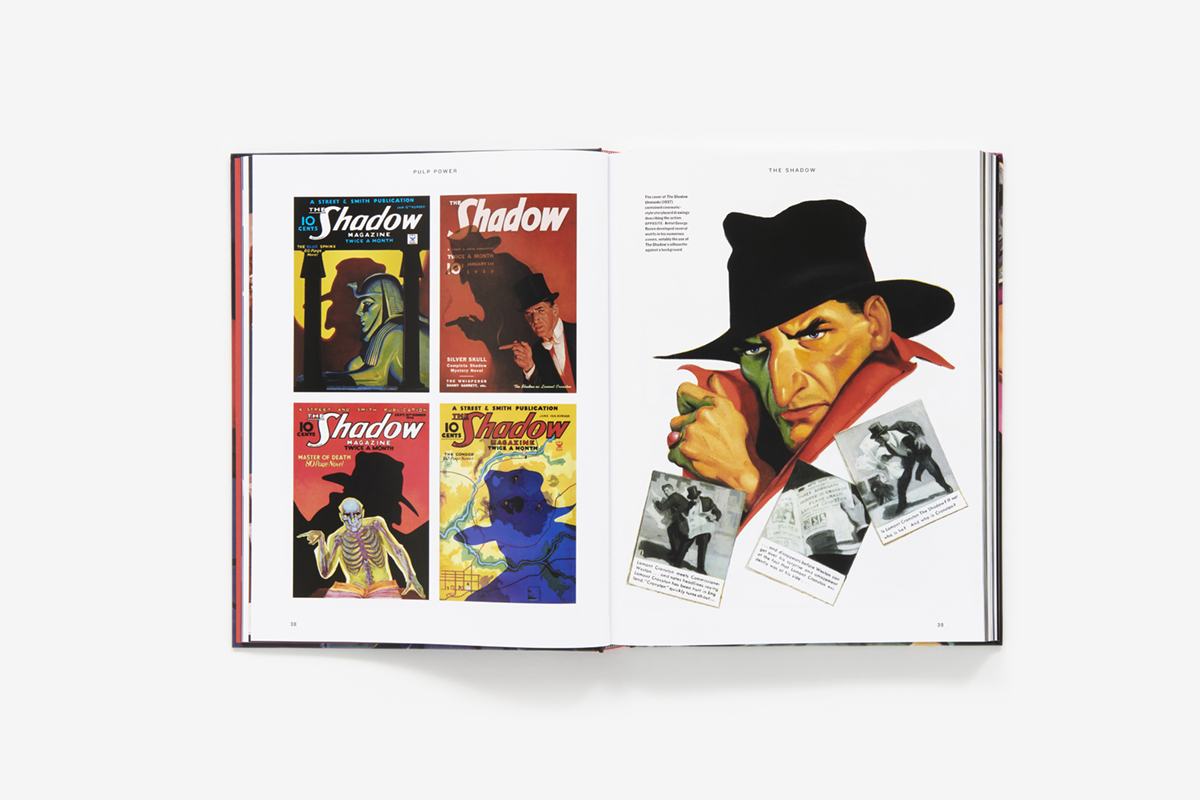 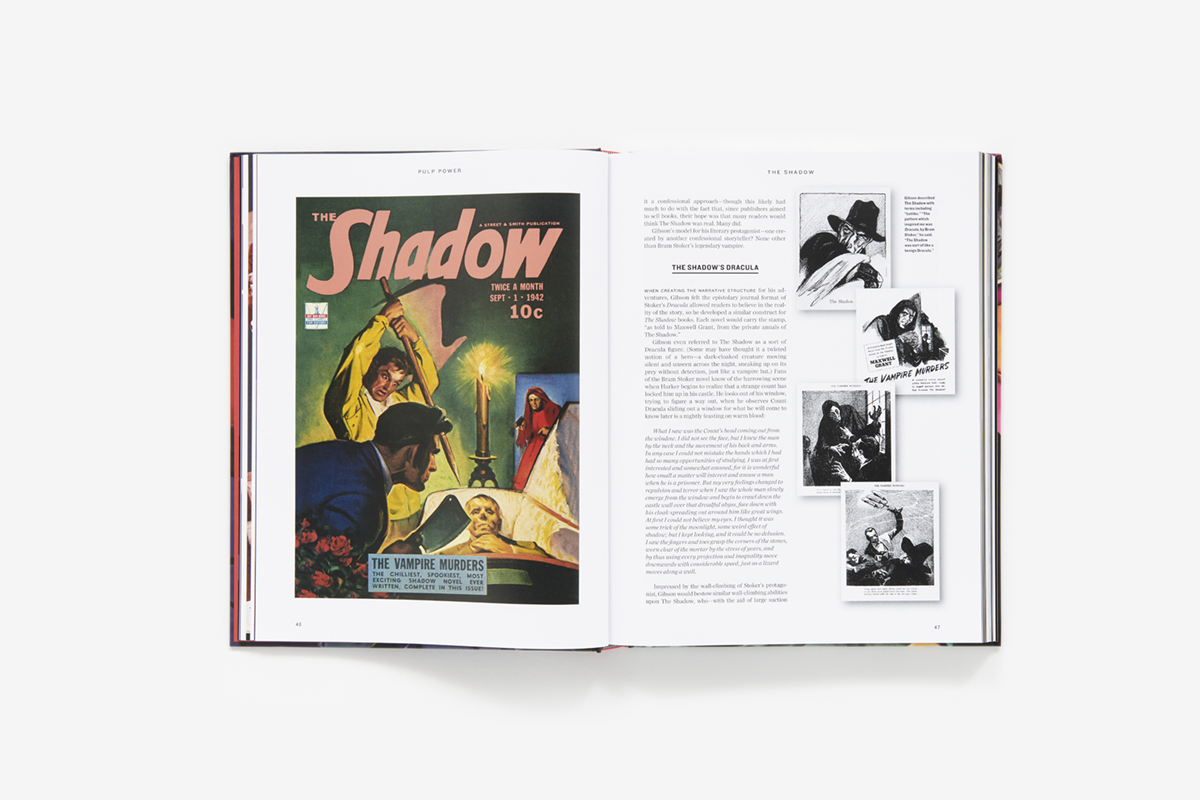 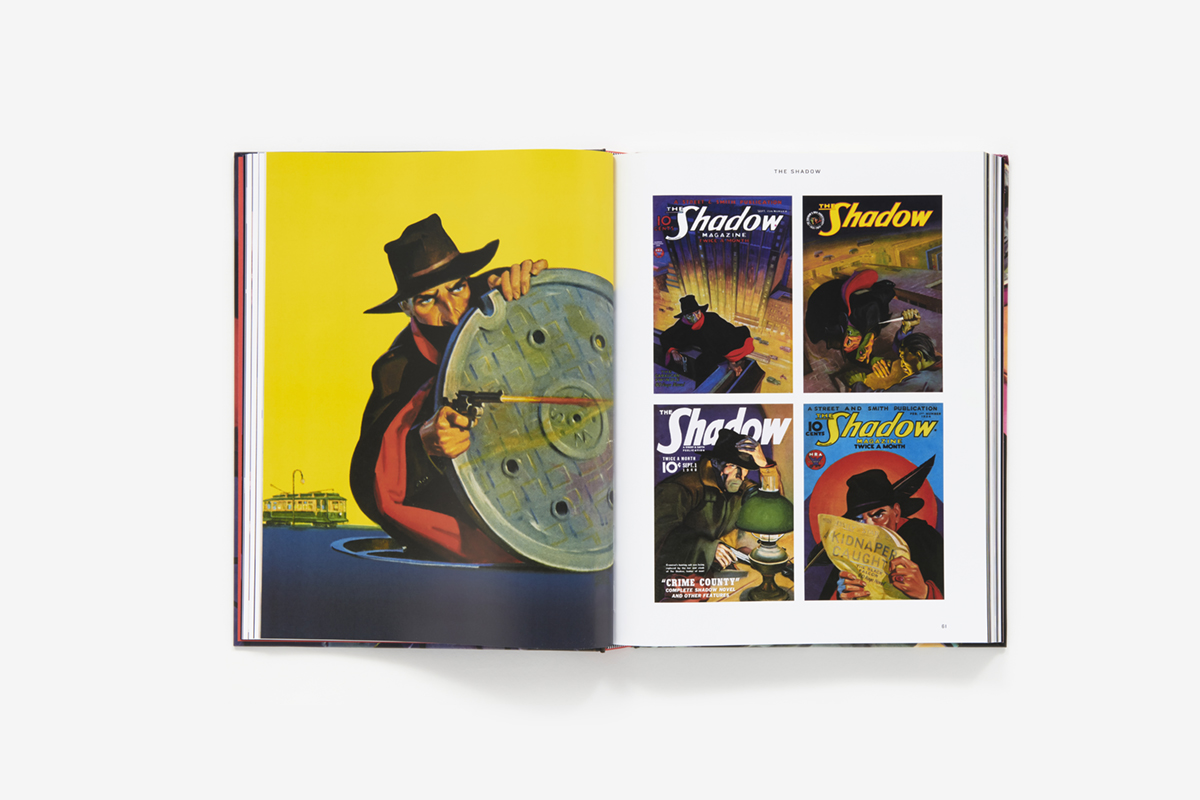 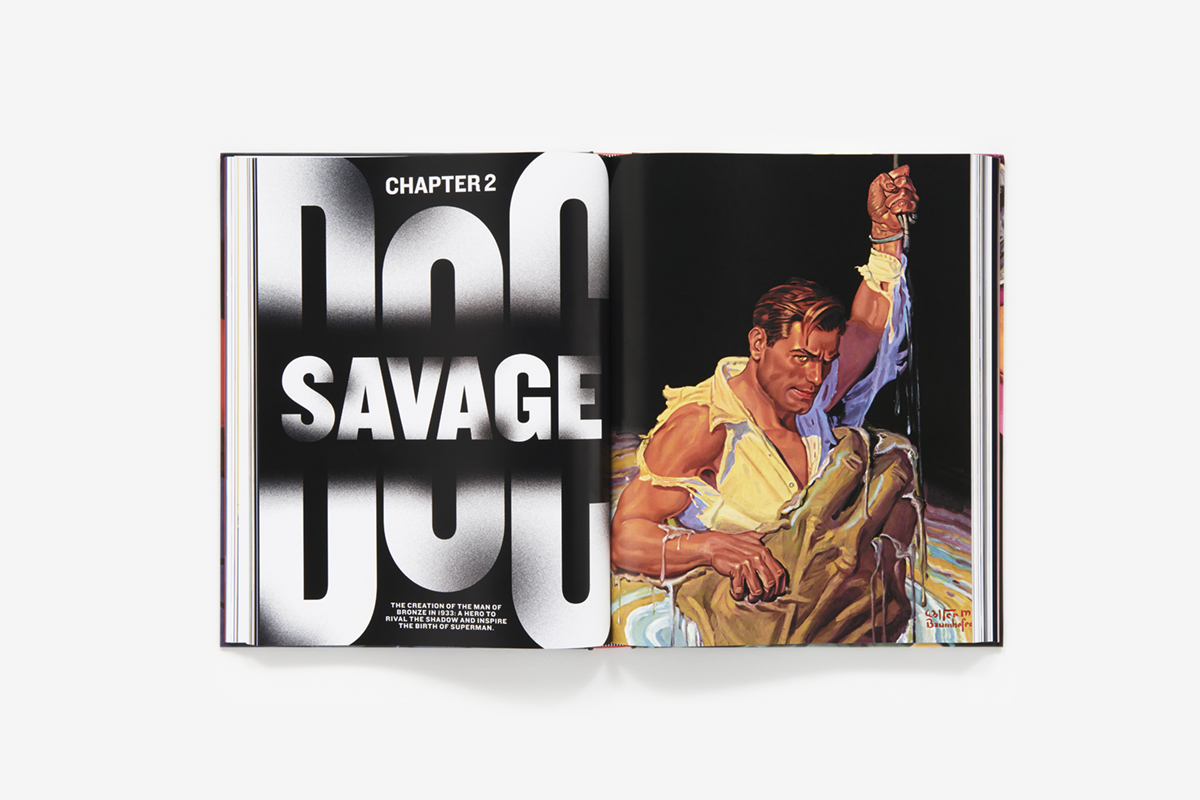 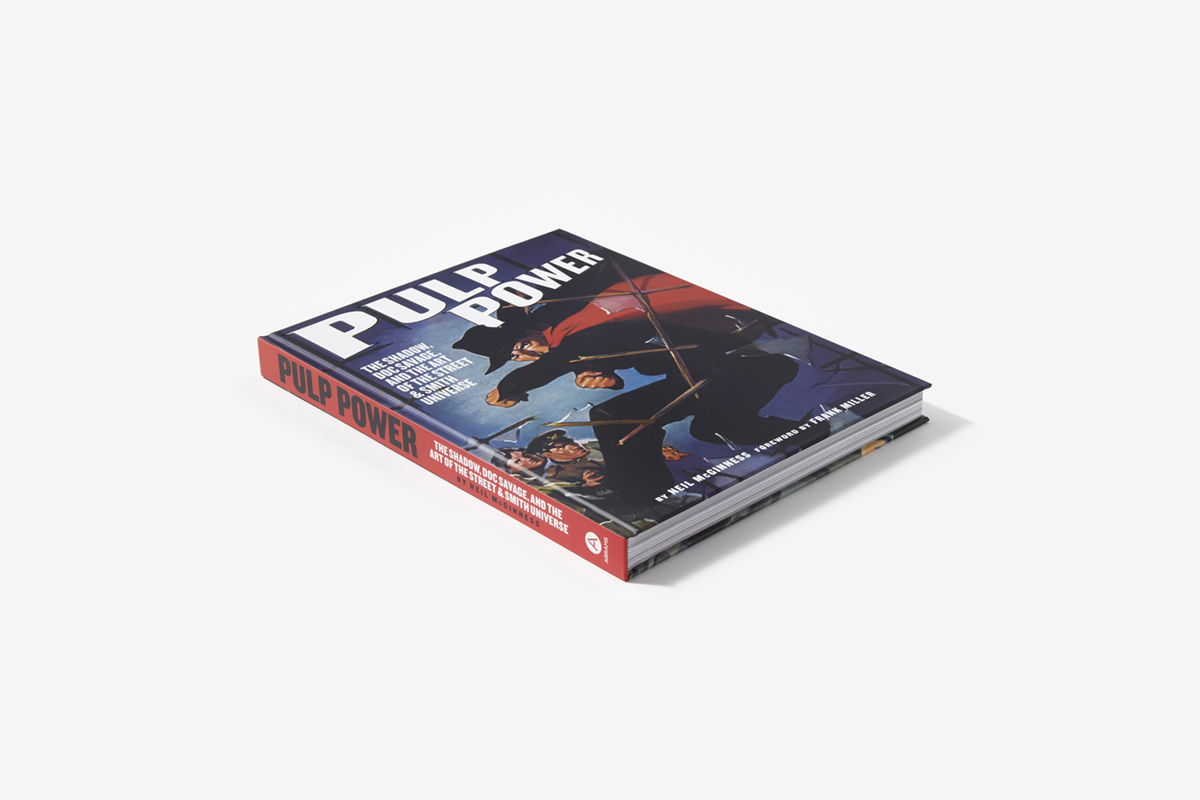 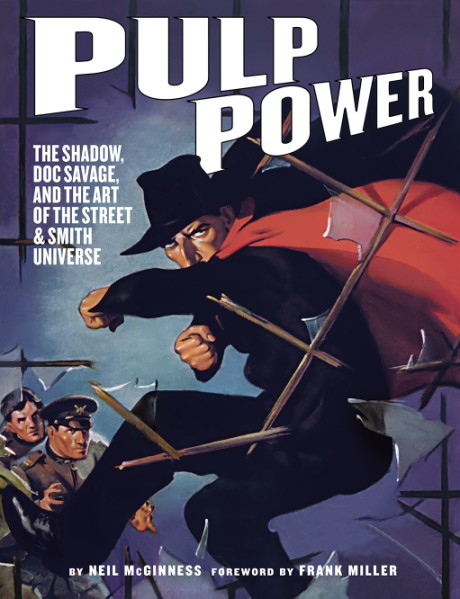 The Shadow, Doc Savage, and the Art of the Street & Smith Universe

Pulp Power: The Shadow, Doc Savage, and the Art of the Street & Smith Universe gives fans a rare glimpse into the pre-war pulp novel decade of the 1930s, a period of bold action and adventure storytelling that ultimately led to the creation of the comic book and the superheroes we know and love today.

This period, a pre-Batman, pre-Superman golden era of American creativity and artistic excellence, starred two main characters in leading roles: The Shadow and Doc Savage. In more than 500 novels written between 1930 and 1940, The Shadow, Doc Savage, and the Street & Smith universe of characters captivated a generation of Americans with their heroic exploits and inspired a new generation of writers to create a pantheon of comic book superheroes in their mold.

Street & Smith, the renowned publisher of these novels, commissioned leading artists to provide bold and original cover artwork for their publications, and in Pulp Power, hundreds of these eye-catching covers are reproduced as a collection for the first time. Comics legend Dan DiDio provides context for the cover illustrations alongside a narrative discussion of the influence of the Street & Smith superhero universe on legendary creators such as Orson Welles, Truman Capote, Michael Chabon, George Lucas, Agnes Moorehead, James Patterson, Walter Mosley, Dwayne Johnson, Frank Miller, James Bama, Jim Steranko, Jim Lee, Gail Simone, and many more.
The book also includes original line art illustrations from the volumes along with unique reproductions of Shadow ephemera. Pulp Power is the ultimate coffee table collectible book for all who love the world of superheroes.

"A gorgeous tribute to the art of classic crime serials."
Boing Boing —

Frank Miller is regarded as one of the most influential and awarded creators in the entertainment industry today, known for his intense, hard-boiled storytelling and gritty noir aesthetic across comics, novels, and film, including 300, Batman: Year One, The Dark Knight Returns, Sin City, Daredevil: Born Again, and many others. Neil McGinness partnered with author James Patterson in 2021 to develop the New York Times bestselling series The Shadow (Volume 1, Little, Brown); a companion Doc Savage series by James Patterson is currently in development and will publish its first volume next year. McGinness also developed The Shadow/Batman twelve-volume crossover comic-book series with DC Comics/DC Entertainment. Dan DiDio is a veteran comic book writer and editor and is the former co–publisher of DC Comics. His works include Justice League Dark, Batman and the Outsiders, and Metal Men.