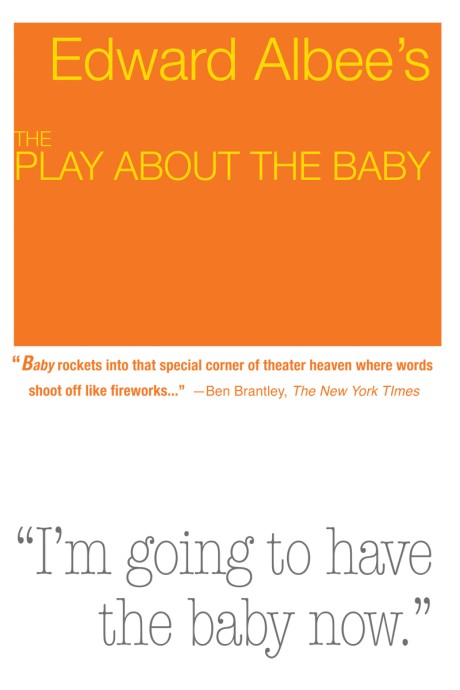 Play About the Baby

The Play About the Baby is an absurdist black comedy, reminiscent of burlesque in its high spirits and banter, that grapples with such issues as reality and the games we play to define it, the ambiguity of existence, and the agonizing bonds between parents and children. A fresh young couple—Boy and Girl—have a new baby, whom an older couple—Man and Woman—have come to steal. Why? Because, as Man says, "If you don't have the wound of a broken heart, how can you know you're alive?" Brutal loss—the loss of a child or childhood self—has been a recurring Albee theme, and Ben Brantley of the New York Times summed up the critical reaction to The Play About the Baby when he called it a "funny, harrowing dramatic fable … as explicit and concise a statement of what Mr. Albee believes as he is ever likely to deliver."