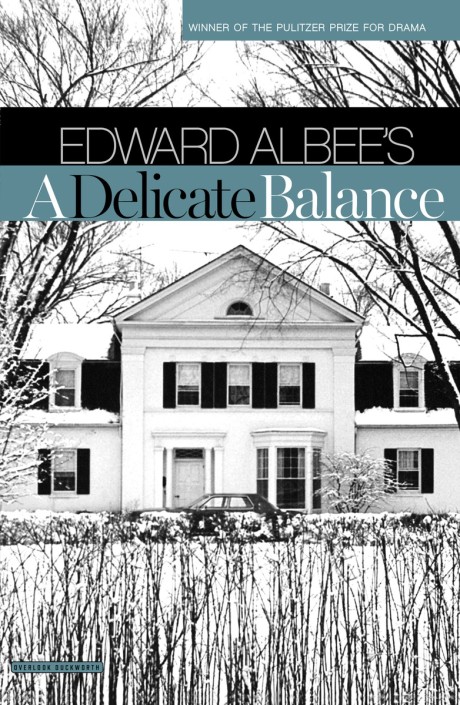 The play revolves around wealthy middle-aged couple Agnes and Tobias, who have their complacency shattered when their longtime friends Harry and Edna appear at their doorstep. Claiming an encroaching, nameless "fear" has forced them from their own home, these neighbors bring a firestorm of doubt, recrimination and ultimately solace, upsetting the "delicate balance" of Agnes and Tobias's household. In recent years, A Delicate Balance has enjoyed many and new stunning revivals, running now, including a Broadway production in 1996, which won the Tony Award for Best Revival, and another at the Alameida Theatre in London in 2011.