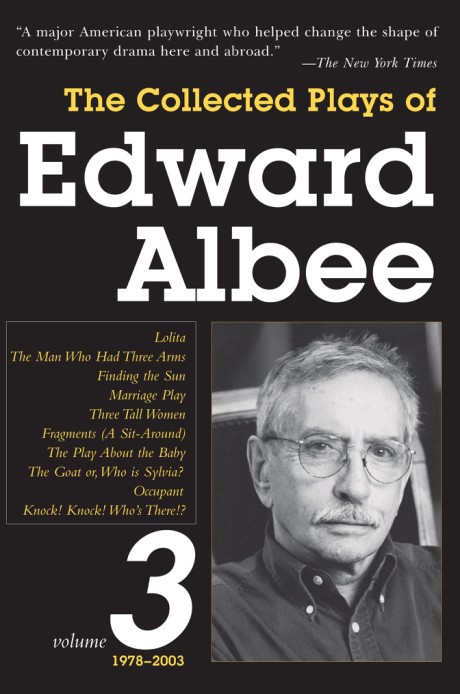 Included are some of Albee s most iconoclastic and influential plays, including his adaptation of Nabokov's masterpiece Lolita; The Man Who Had Three Arms, an indictment of the abuse of critical power; three shorter plays, Finding the Sun, Marriage Play, and Fragments, all hailed as triumphs of innovative dramaturgy; Occupant, a touching homage to, and a striking portrait of, Albee's longtime friend, the sculptor Louise Nevelson; as well as The Play About the Baby, Knock! Knock! Who s There!, and The Goat, or Who is Sylvia, a trilogy of plays that brought Albee the kind of critical and popular acclaim he enjoyed early in his career after years of neglect by the theater establishment.