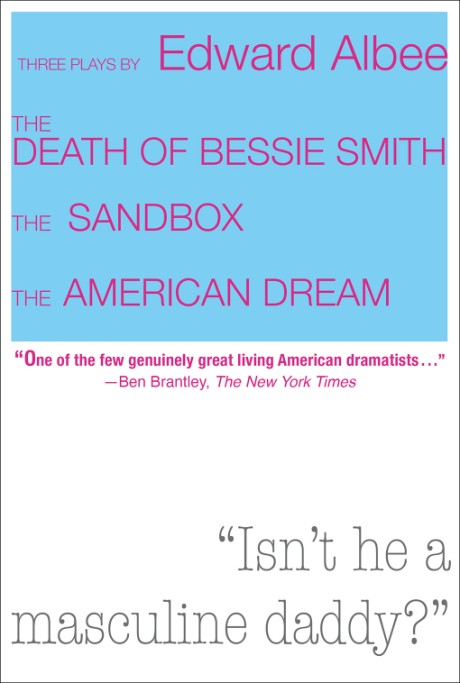 Three Plays by Edward Albee: The Death of Bessie Smith, The Sandbox, The American Dream

This new collection features three acclaimed one-act plays from Edward Albee's early years. With the initial productions of The Death of Bessie Smith, The Sandbox, and The American Dream, Albee consolidated his reputation as a brilliant new talent of the New York theater scene.

These three plays tackle major themes such as race relations, American family life, and the essence of theater itself -- each of which still continue to resonate. Representing the bold and exciting periods in the then young career of widely considered America's most popular and imaginative playwrights, this edition is a must-have for theater lovers.