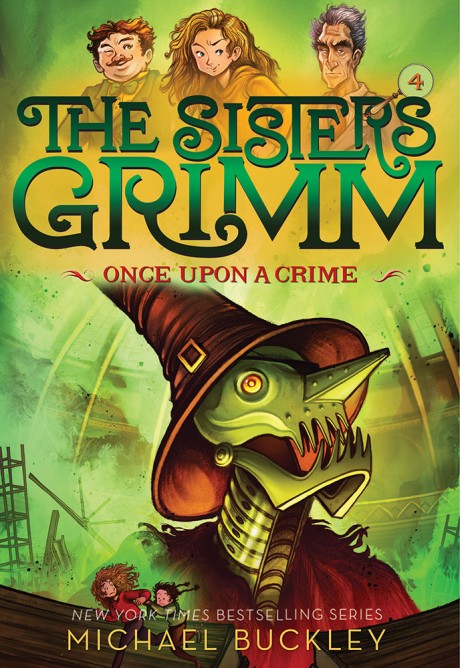 Once Upon a Crime (Sisters Grimm #4)

For the first time since their parents were kidnapped, Sabrina and Daphne Grimm return to their hometown, New York City, to find Puck’s family. But the fairy-tale detectives get more than they bargained for in the Big Apple: wand-wielding fairy godfathers, swashbuckling Wall Street pirates, subway-stealing dwarfs, and—worst of all—hidden among these urban Everafters, a murderer.

This isn’t the city Sabrina so fondly remembers: the place where she spent happy, normal days with her family. Even her memories of her parents aren’t safe. As the sisters Grimm investigate the death of an innocent Everafter, they learn that their mother kept a secret from them that might lead to the heart of that evil organization, the Scarlet Hand.

Peter Ferguson is an illustrator of picture books, comic books, and novels. He lives in Montreal, Canada.