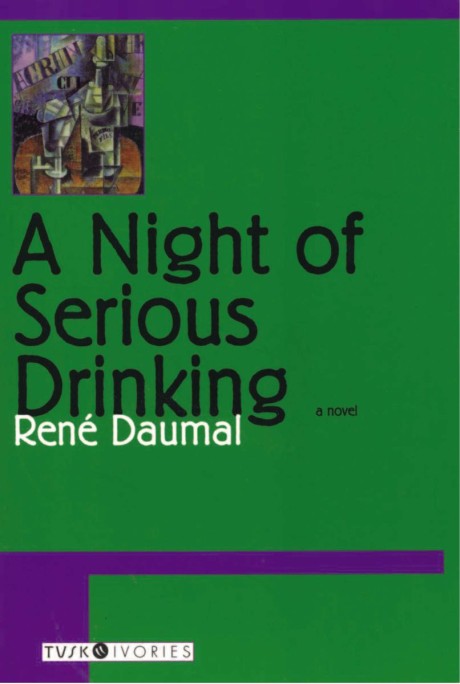 Buy
A Night of Serious Drinking
By Rene Daumal

A Night of Serious Drinking is among Rene Daumal's most important literary works. Like Daumal's Mount Analogue it is a classic work of symbolic fiction. An unnamed narrator spends an evening getting drunk with a group of friends; as the party becomes intoxicated and exuberant, the narrator embarks on a journey that ranges from seeming paradises to the depths of pure hell. The fantastic world depicted in A Night of Serious Drinking is actually the ordinary world turned upside down. The characters are called the Anthographers, Fabricators of useless objects, Scienters, Nibblists, Clarificators, and other absurd titles. Yet the inhabitants of these strange realms are only too familiar: scientists dissecting an animal in their laboratory, a wise man surrounded by his devotees, politicians, poets expounding their rhetoric. These characters perform hilarious antics and intellectual games, which they see as serious attempts to find meaning and freedom.