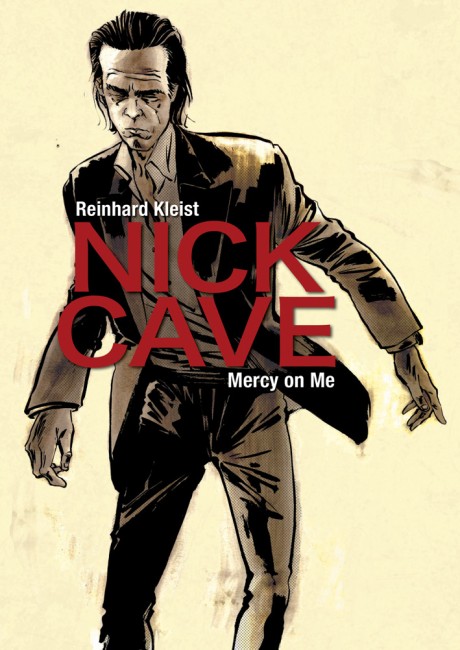 Musician, novelist, poet, actor: Nick Cave (b. 1957) is a Renaissance man. His wide-ranging artistic output—always uncompromising, hypnotic, and intense—is defined by an extraordinary gift for storytelling. In Nick Cave: Mercy on Me, Reinhard Kleist employs a cast of characters drawn from Cave’s music and writing to tell the story of a formidable artist and influencer. Kleist paints an expressive and enthralling portrait of Cave’s childhood in Australia; his early years fronting The Birthday Party; the sublime highs of his success with The Bad Seeds; and the crippling lows of his battle with heroin. Capturing everything from Cave’s frenzied performances in Berlin to the tender moments he spent with love and muse Anita Lane, Kleist’s graphic biography, like Cave’s songs, is by turns electrifying, sentimental, morbid, and comic—but always engrossing.

“Combining lyrics and characters drawn from Cave’s body of work, Kleist blends actual events with invented anecdotes and occasional sequences highlighting the point of view of Cave’s onetime lover and collaborator Anita Lane to create a story that has all the hallucinogenic fury and emotional resonance of the performer’s most memorable work.”
Library Journal —

“…if you are at all of a fan of Nick Cave, I recommend picking this book up right away.”
Dangerous Minds —

Reinhard Kleist is an award-winning graphic novelist best known for his graphic biographies Johnny Cash: I See a Darkness, The Boxer, and An Olympic Dream. He lives in Berlin.