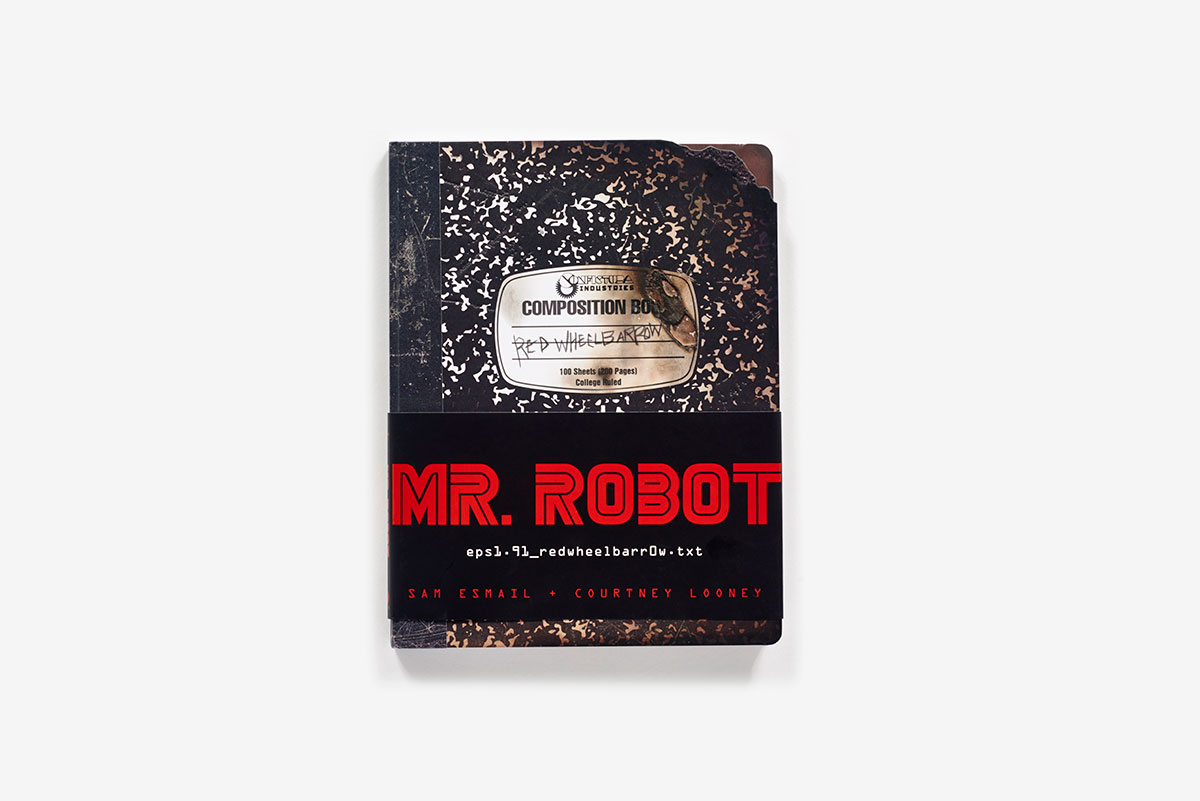 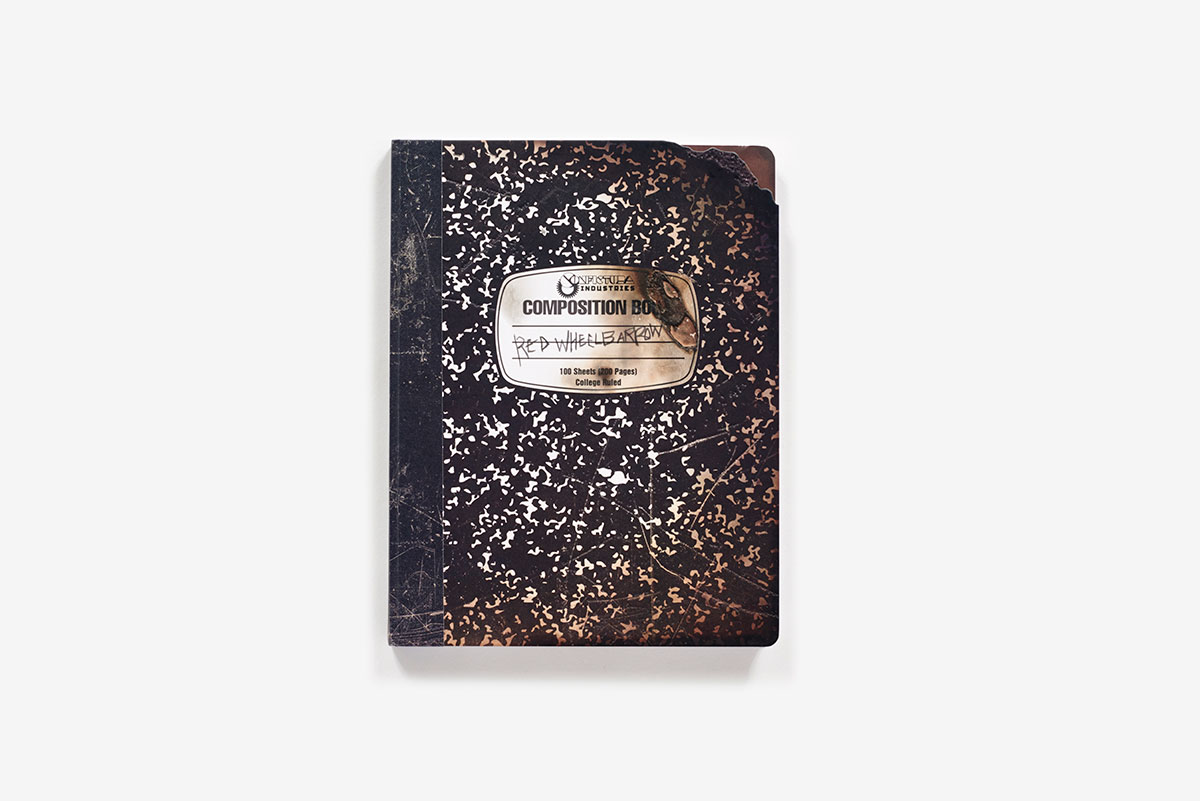 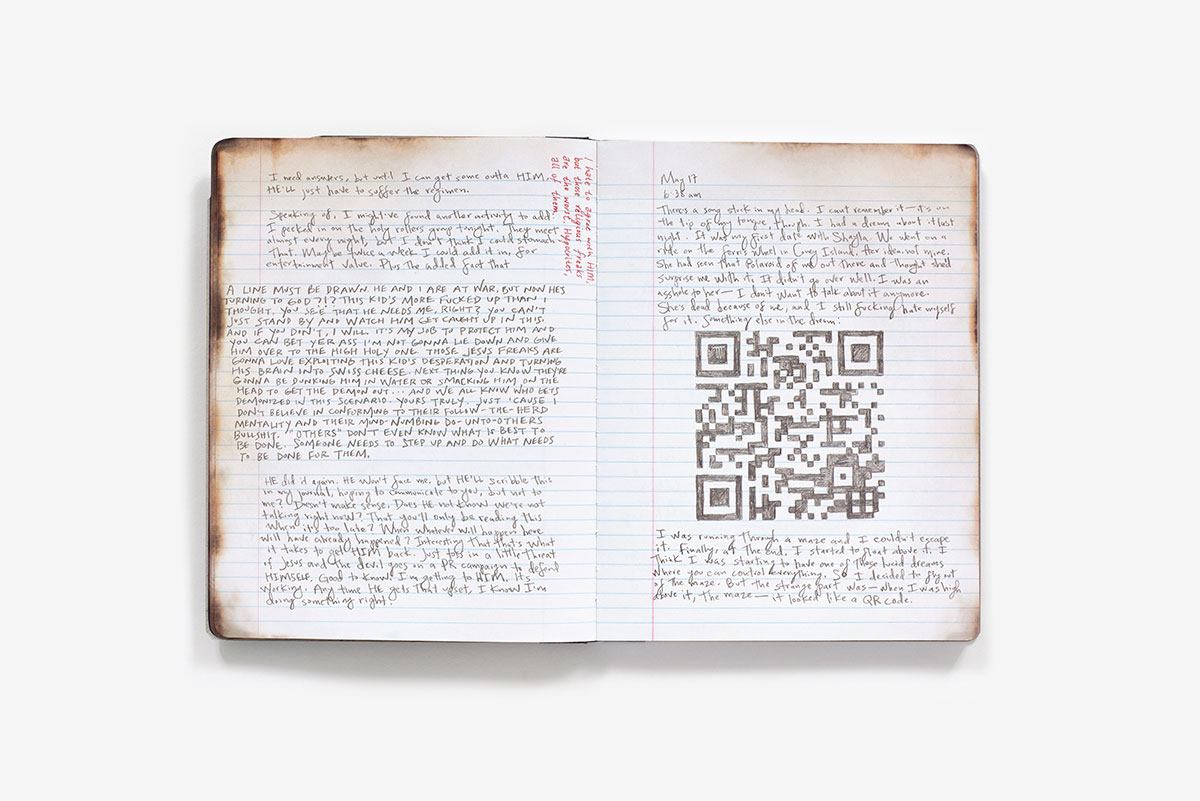 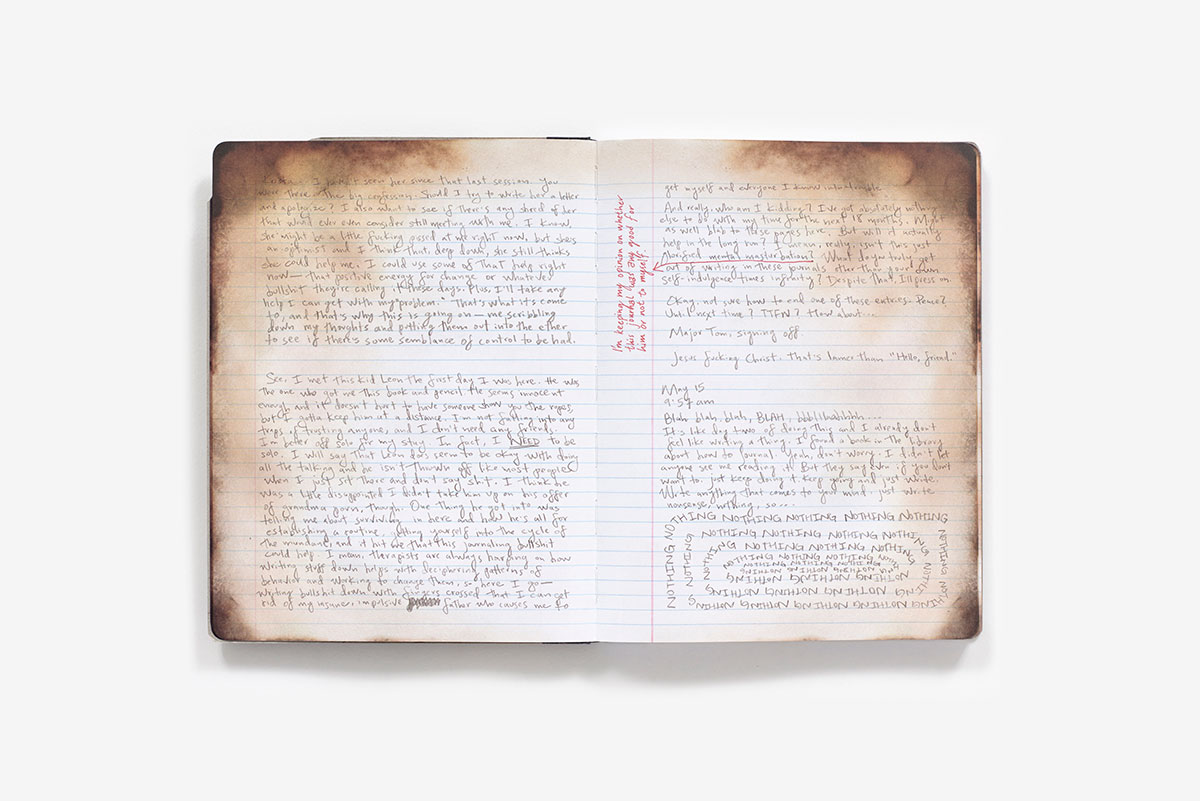 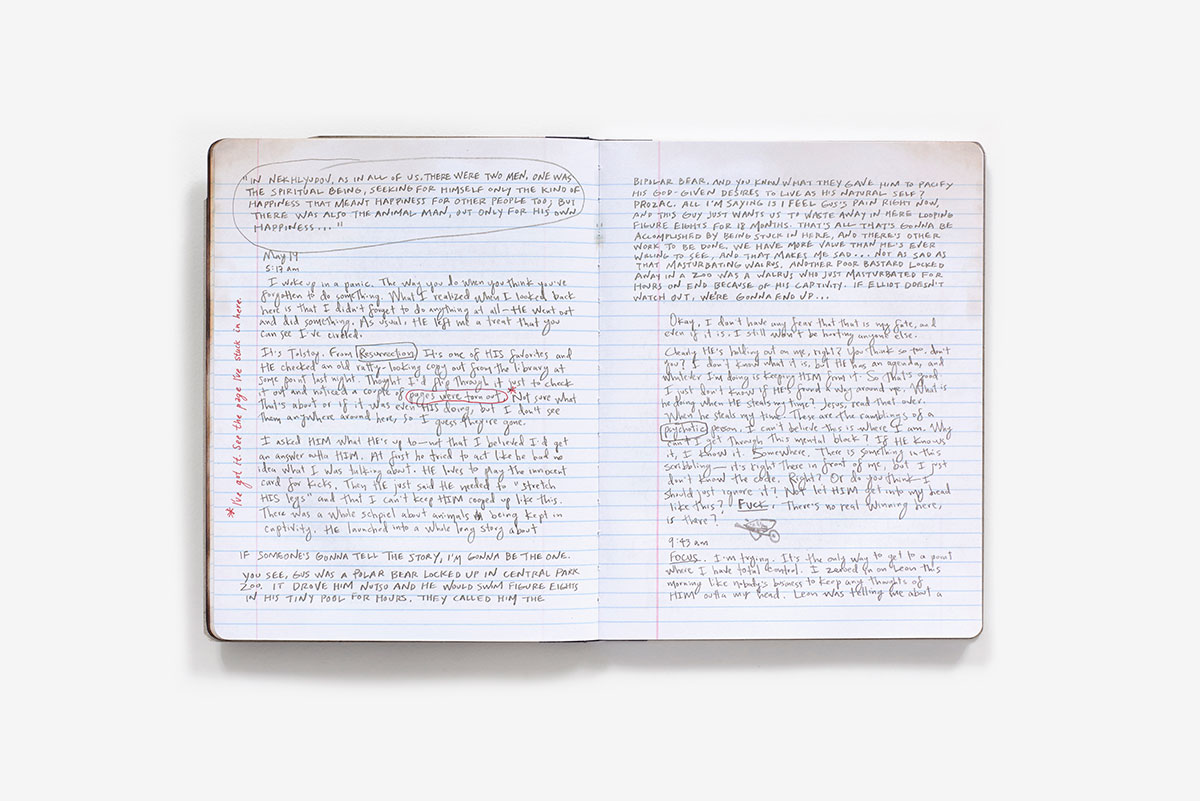 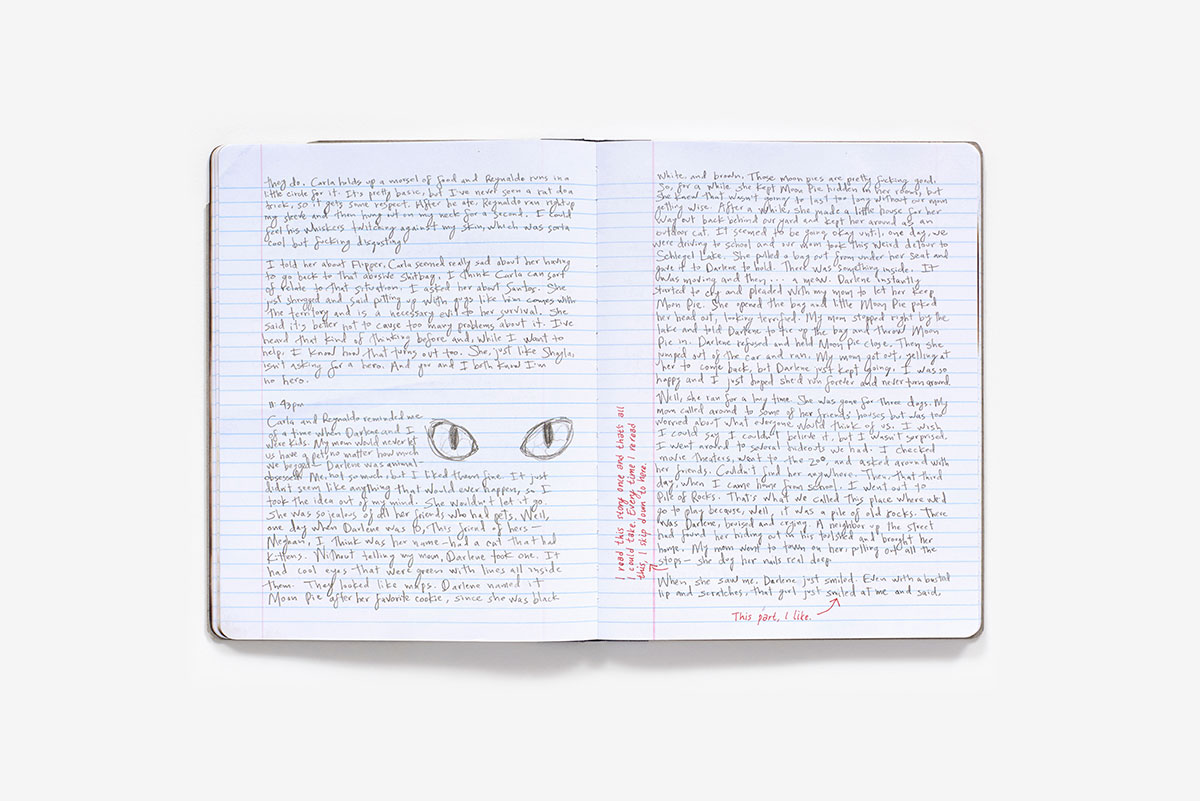 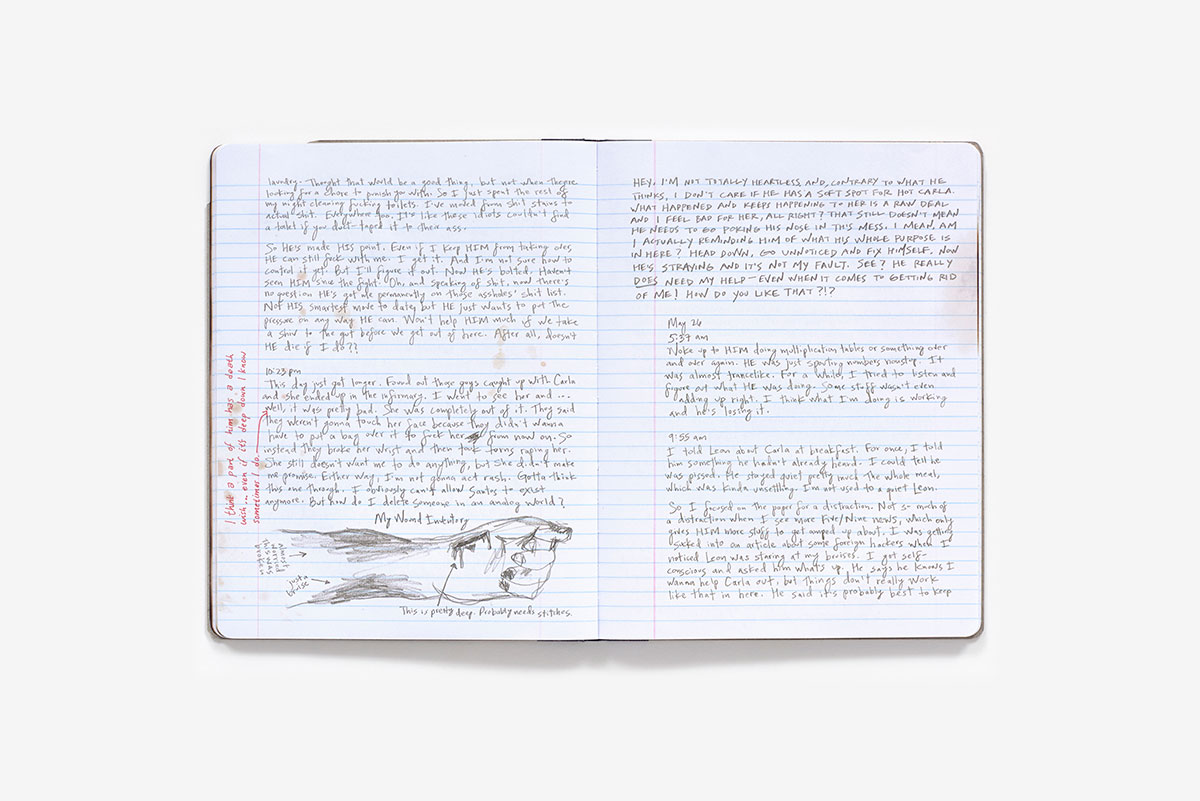 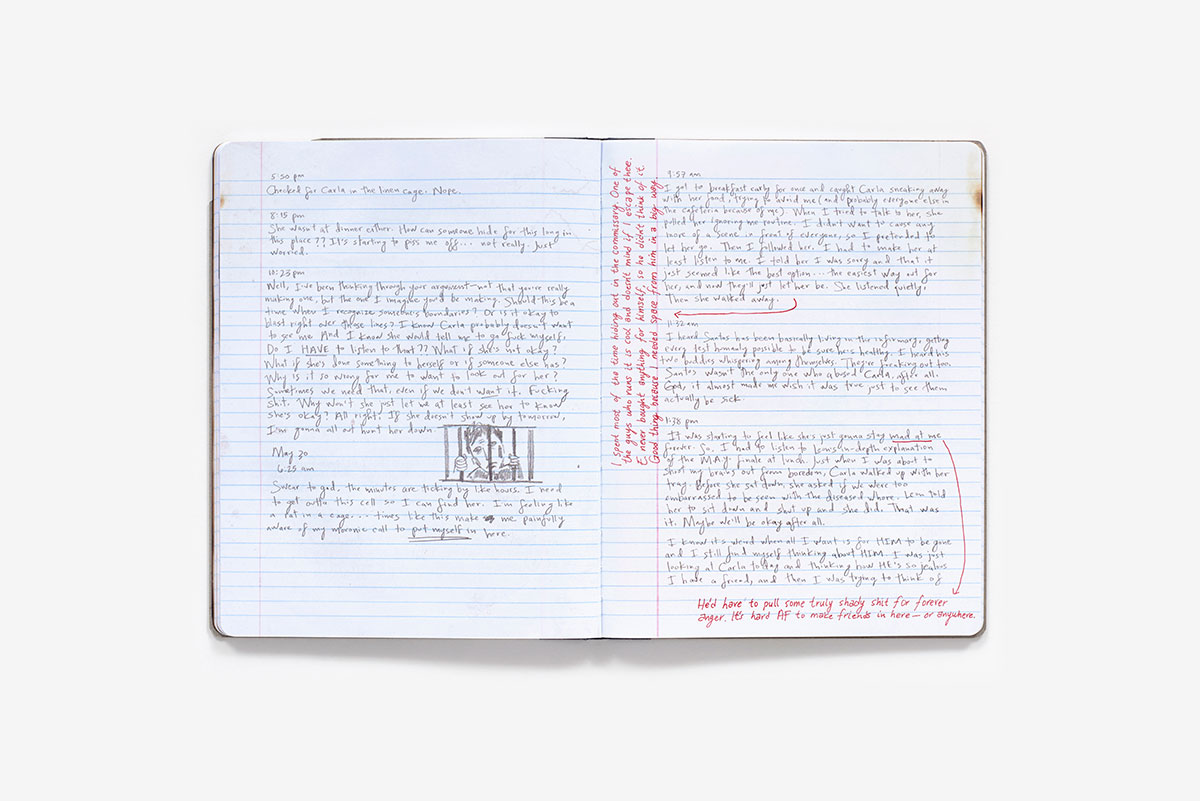 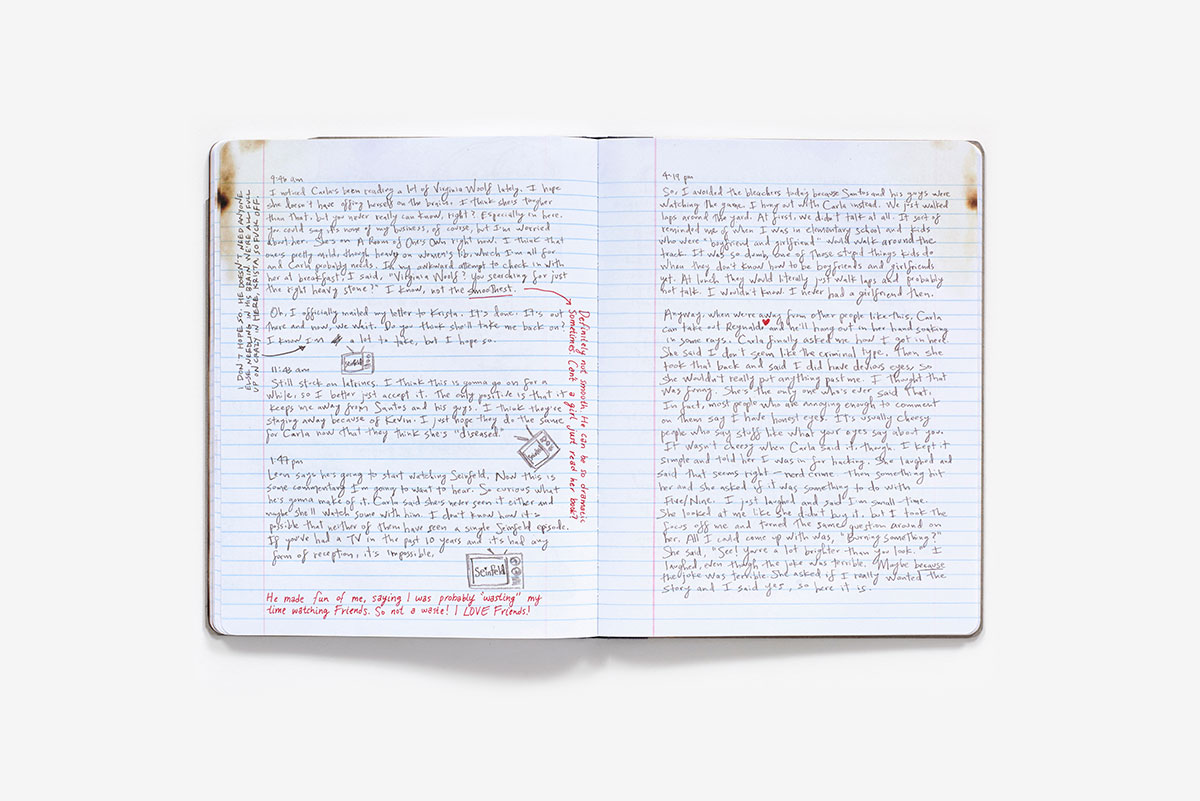 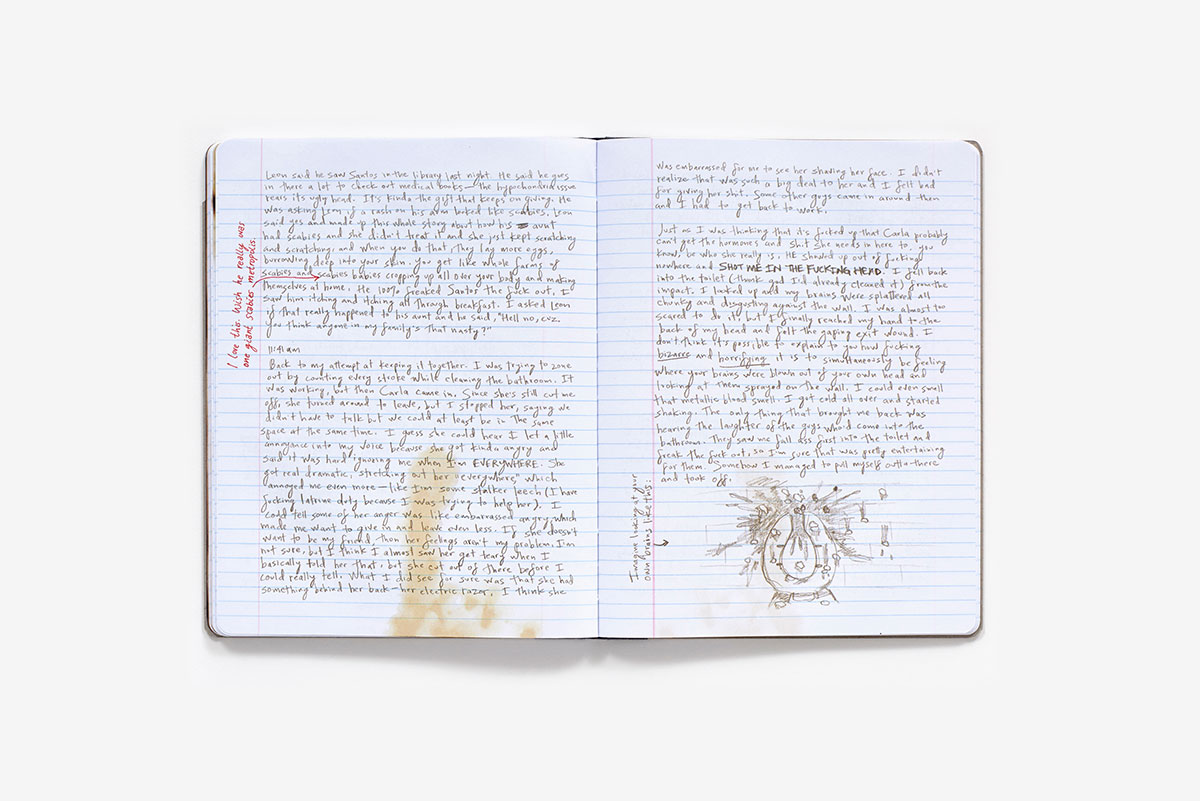 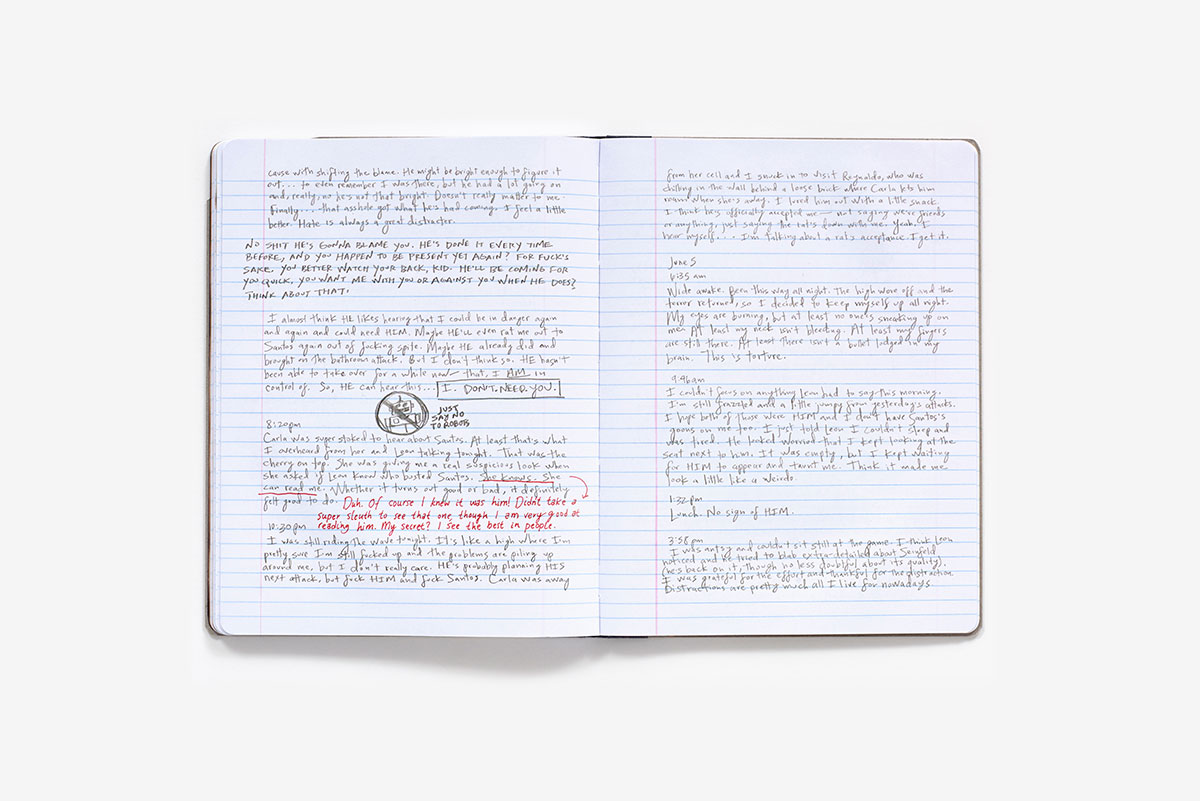 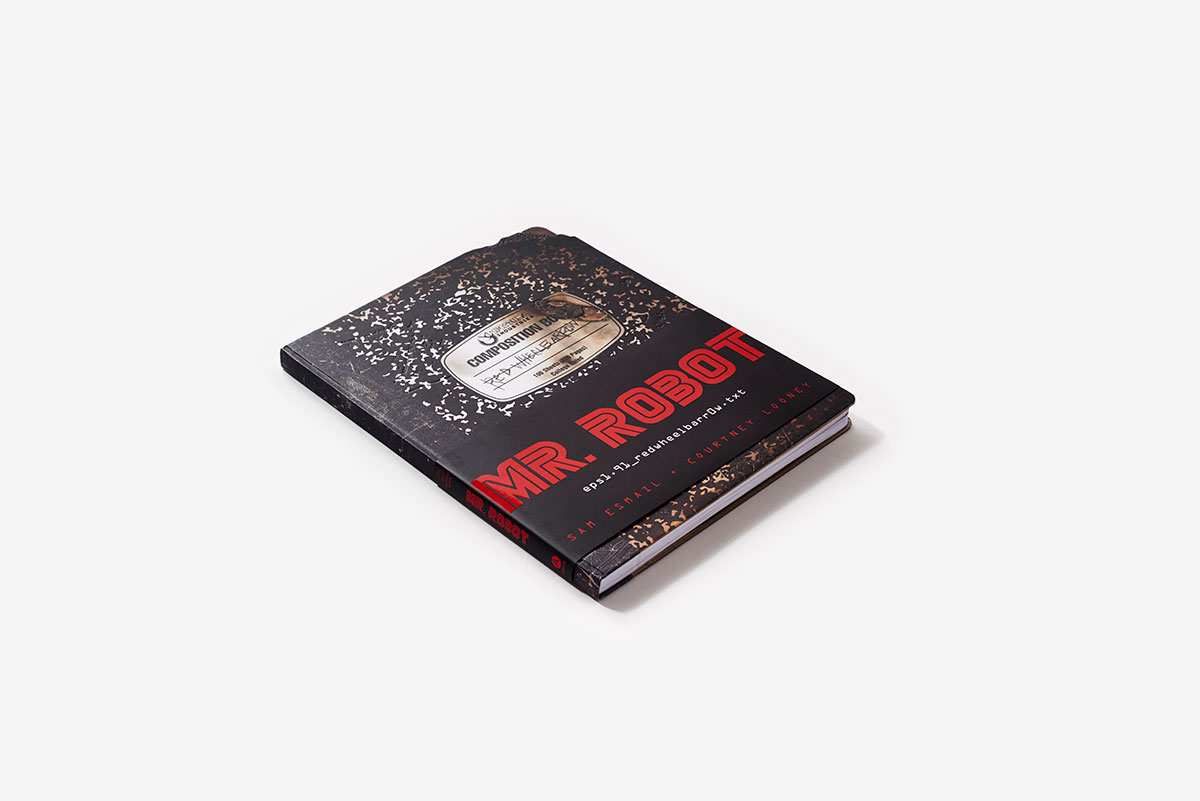 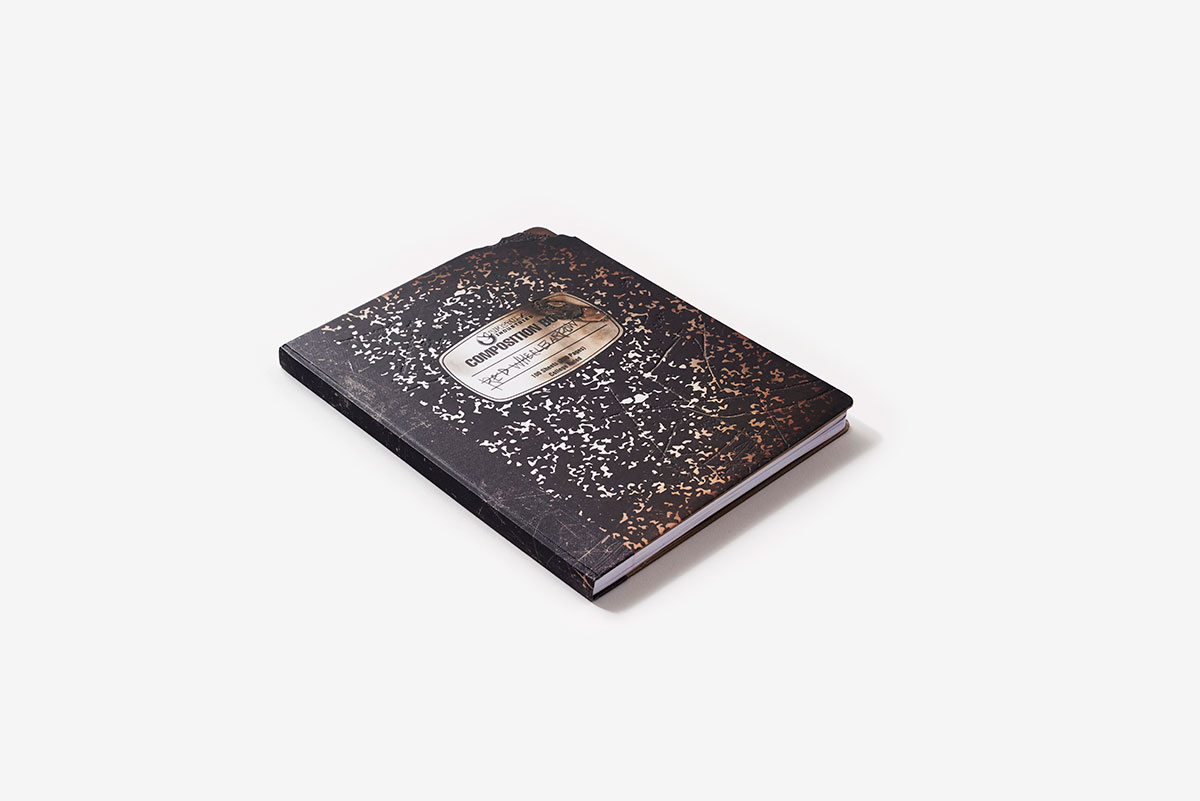 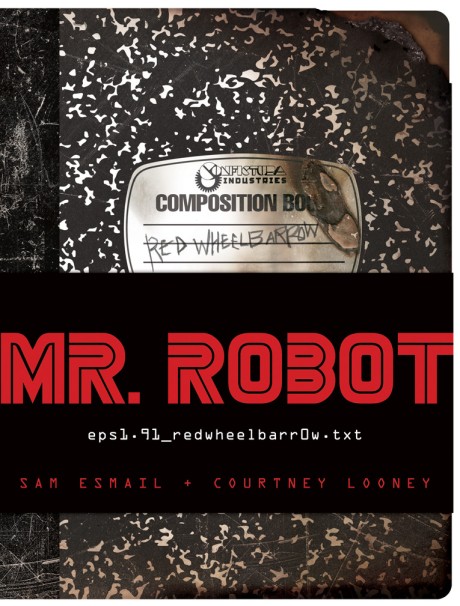 By Sam Esmail and Courtney Looney

Before and during the events of season two, Elliot recorded his most private thoughts in this journal—and now you can hold this piece of the series in your hands. Experience Elliot’s battles to gain control of his life and his struggles to survive increasingly dangerous circumstances, in a brand-new story rendered in his own words.

The notebook also holds seven removable artifacts—a ripped-out page, a newspaper clipping, a mysterious envelope, and more—along with sketches throughout the book. You’ll discover the story behind MR. ROBOT season two and hints of what is to come. This book is the ultimate journey into the world of the show—and a key to hacking the mind of its main character.

MR. ROBOT is a psychological thriller that follows Elliot (Rami Malek, The Pacific), a young programmer, who works as a cyber-security engineer by day and as a vigilante hacker by night. Elliot finds himself at a crossroads when the mysterious leader (Christian Slater, Adderall Diaries) of an underground hacker group recruits him to destroy the firm he is paid to protect.

“Sam Esmail is one of the most innovative creators to make his mark on television in a long time.” —Rolling Stone

“MR. ROBOT has the potential to be one of the defining shows of our age.” —TIME

Golden Globe Awards for Best Television Series, Drama, and Best Performance by an Actor in a Supporting Role in a Series, Mini-Series or Motion Picture Made for Television (Christian Slater)

Not everything was lost in the fire.

Sam Esmail is the creator, executive producer, director, and writer of MR. ROBOT. After graduating NYU’s Tisch School of the Arts, Esmail attended AFI’s directing program, where he received his MFA. His screenplays include Sequels, Remakes & Adaptions; Norm the Movie; and Comet, which he directed.

Courtney Looney is a writer on MR. ROBOT. She has worked extensively in the film, commercial, music video, and television industries as a writer, director, and producer.