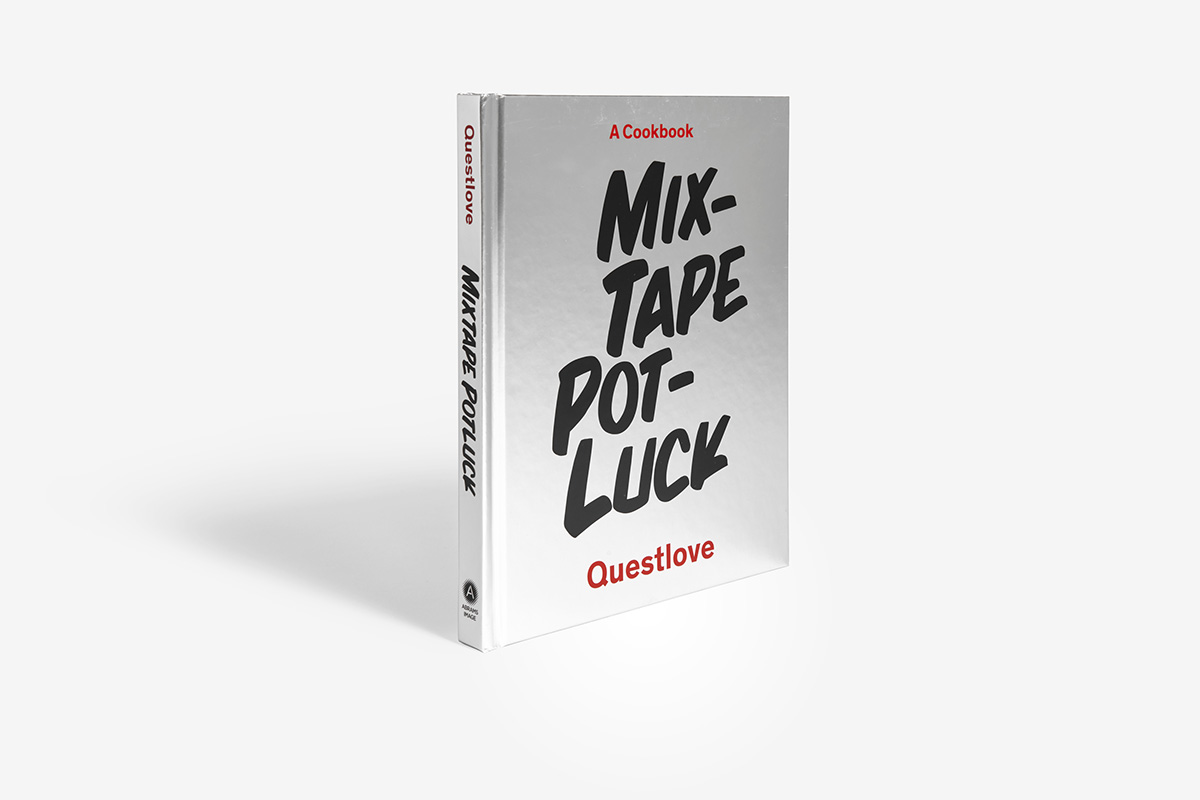 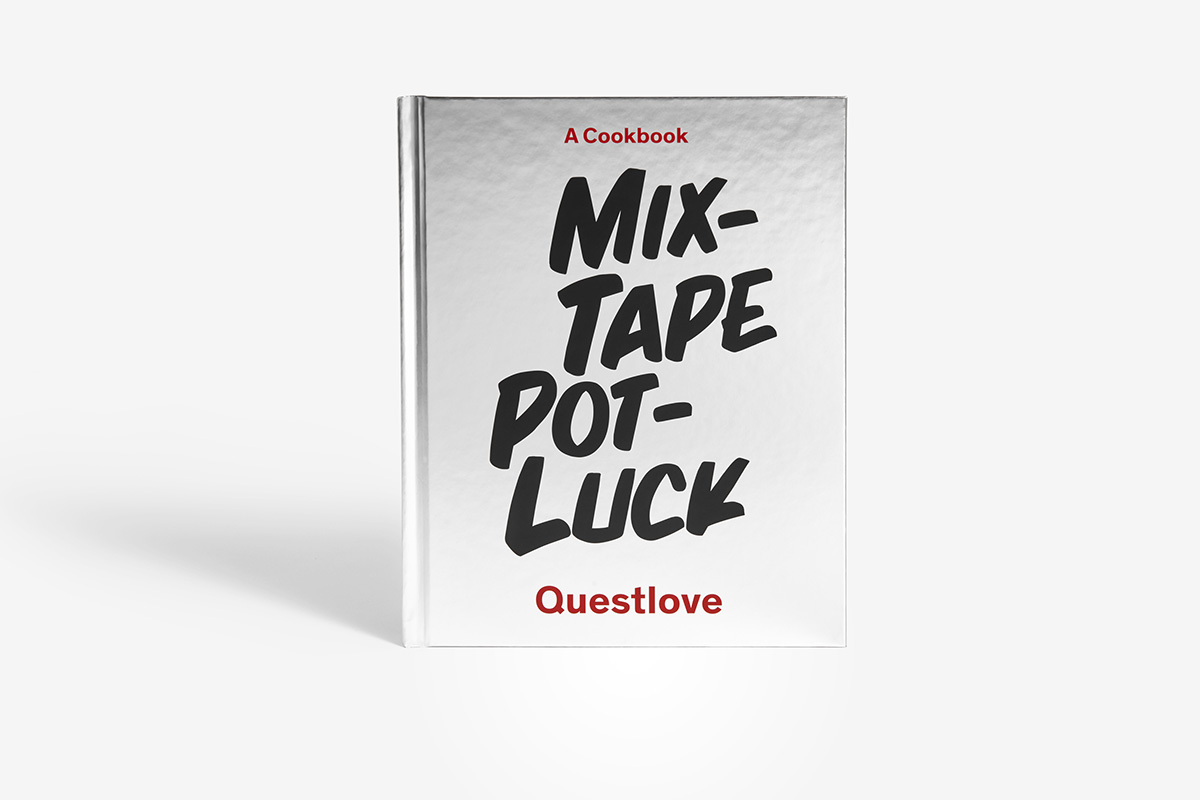 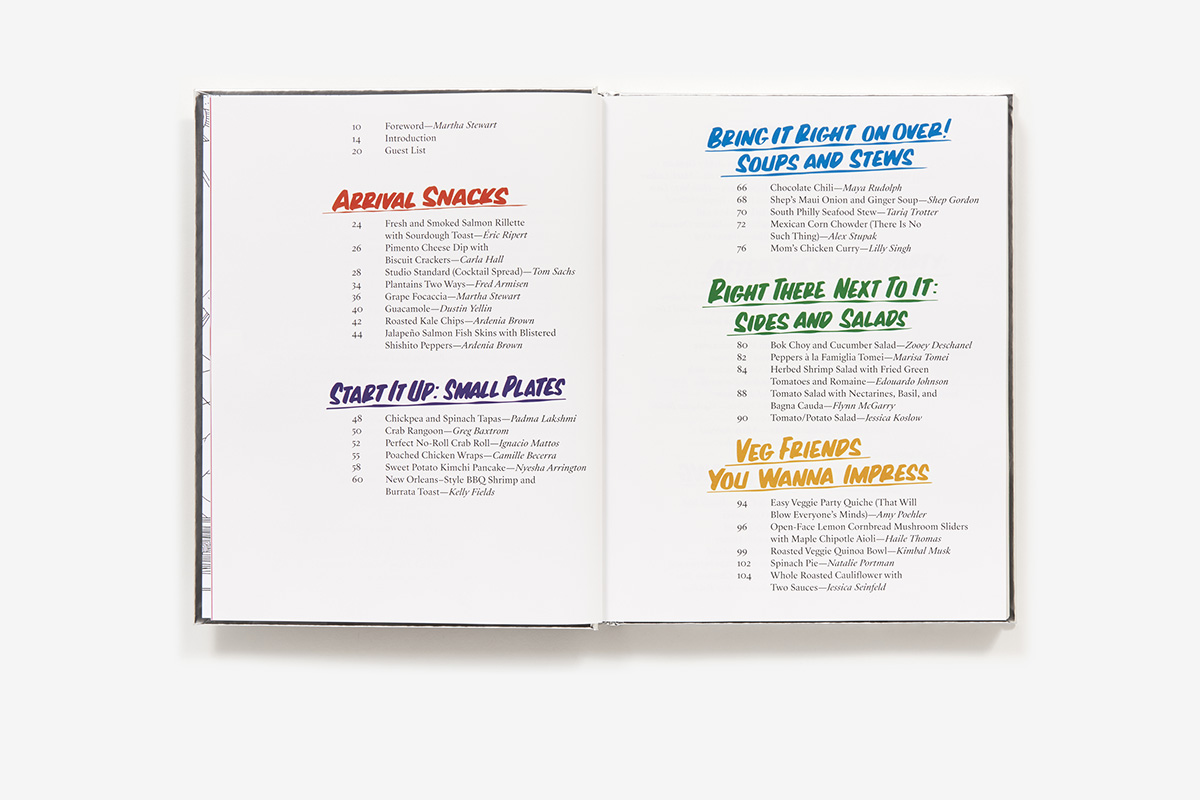 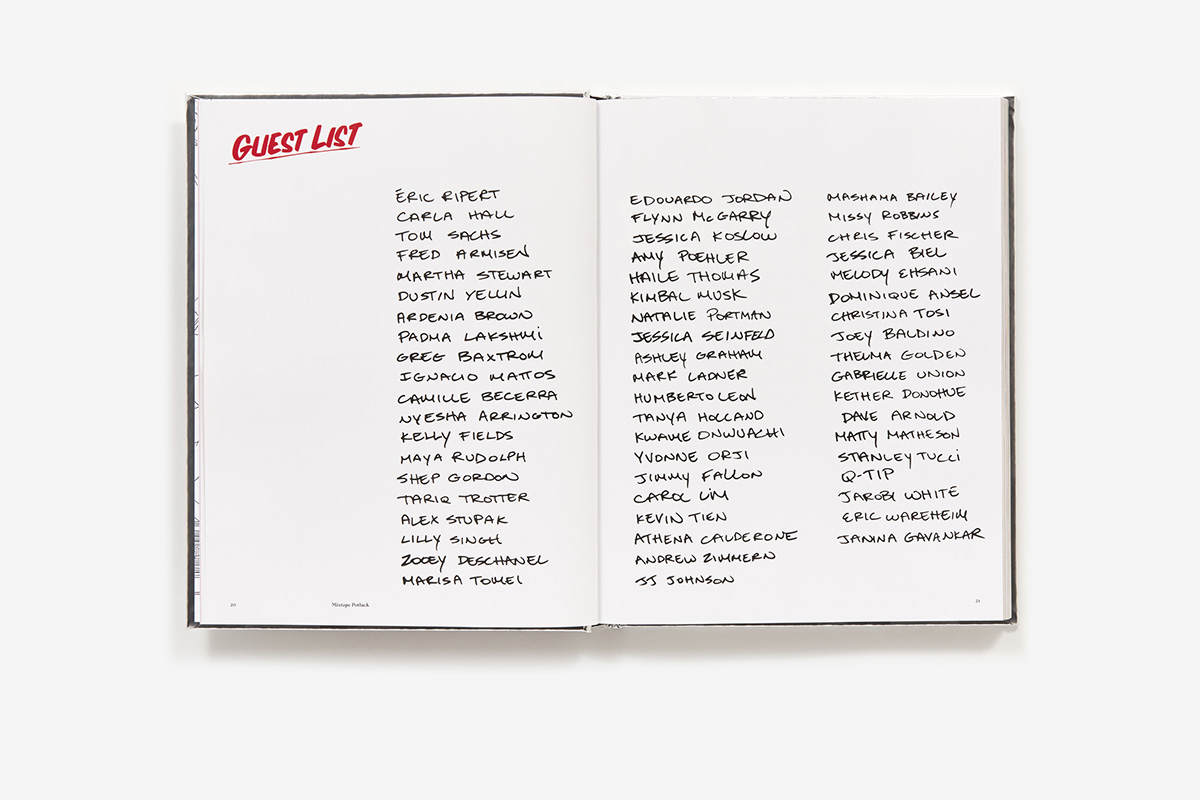 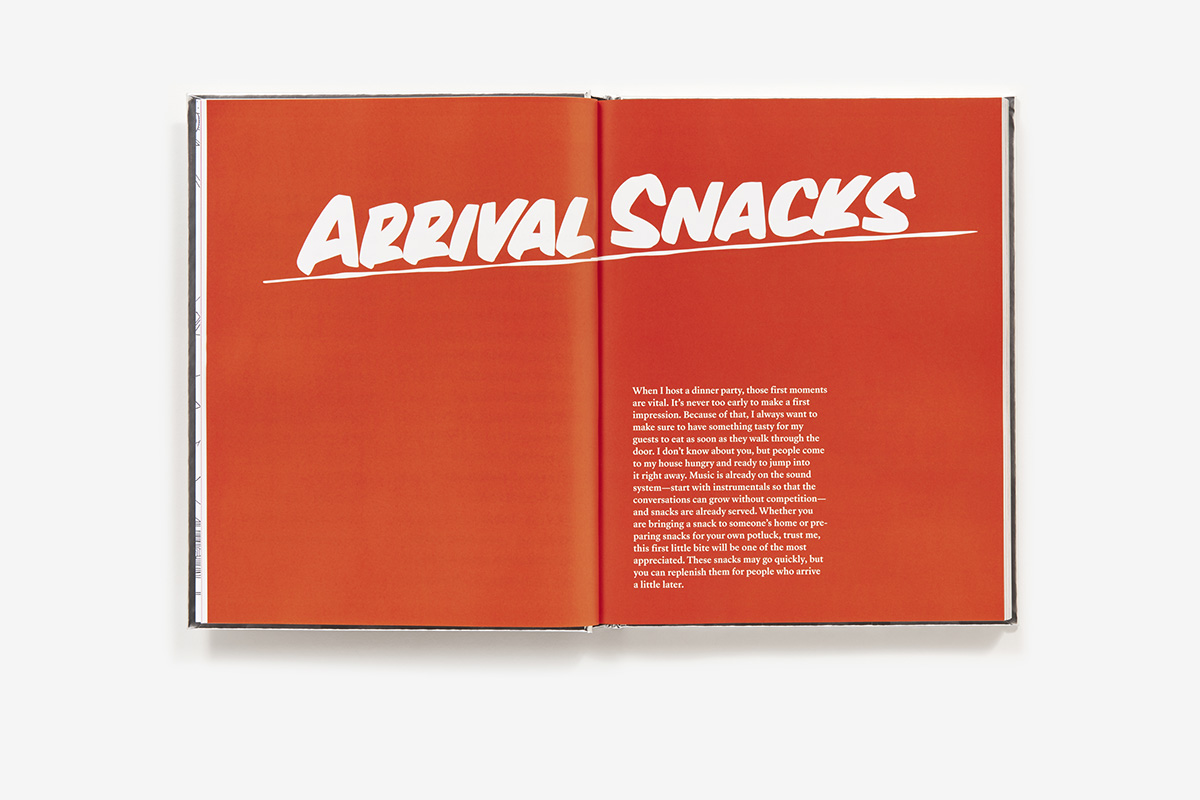 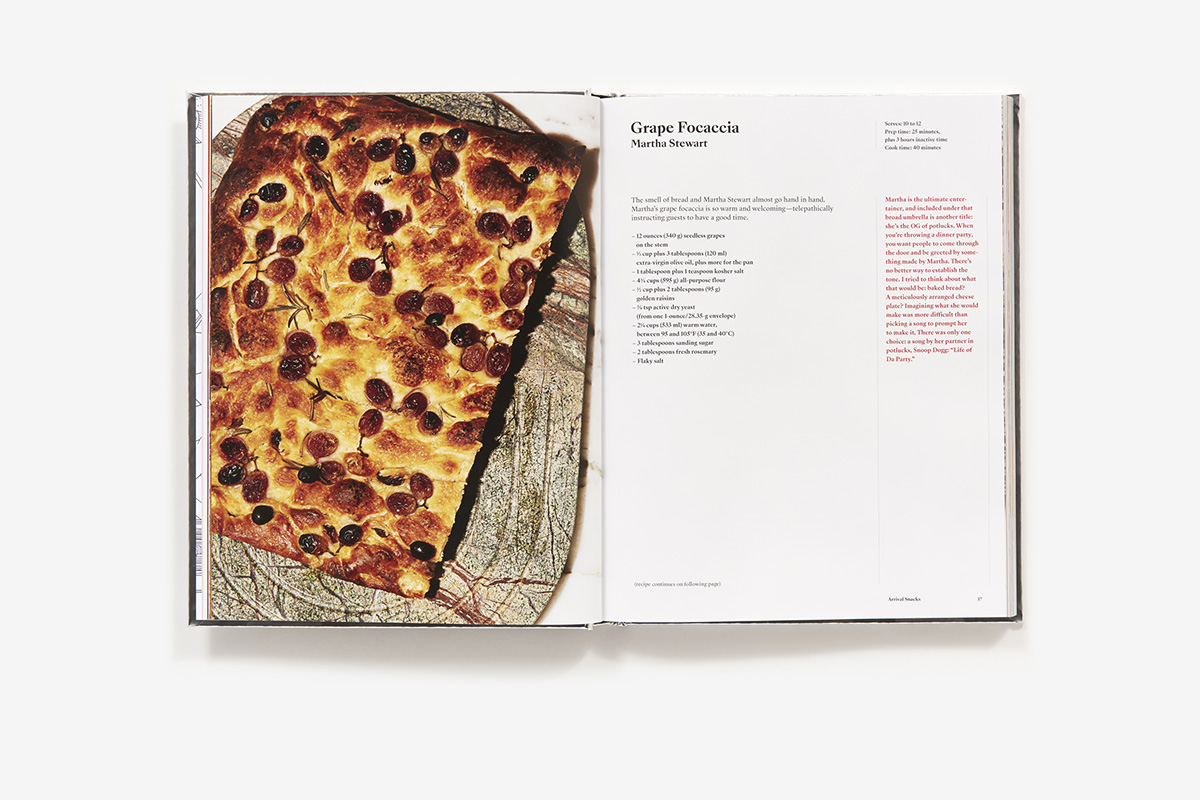 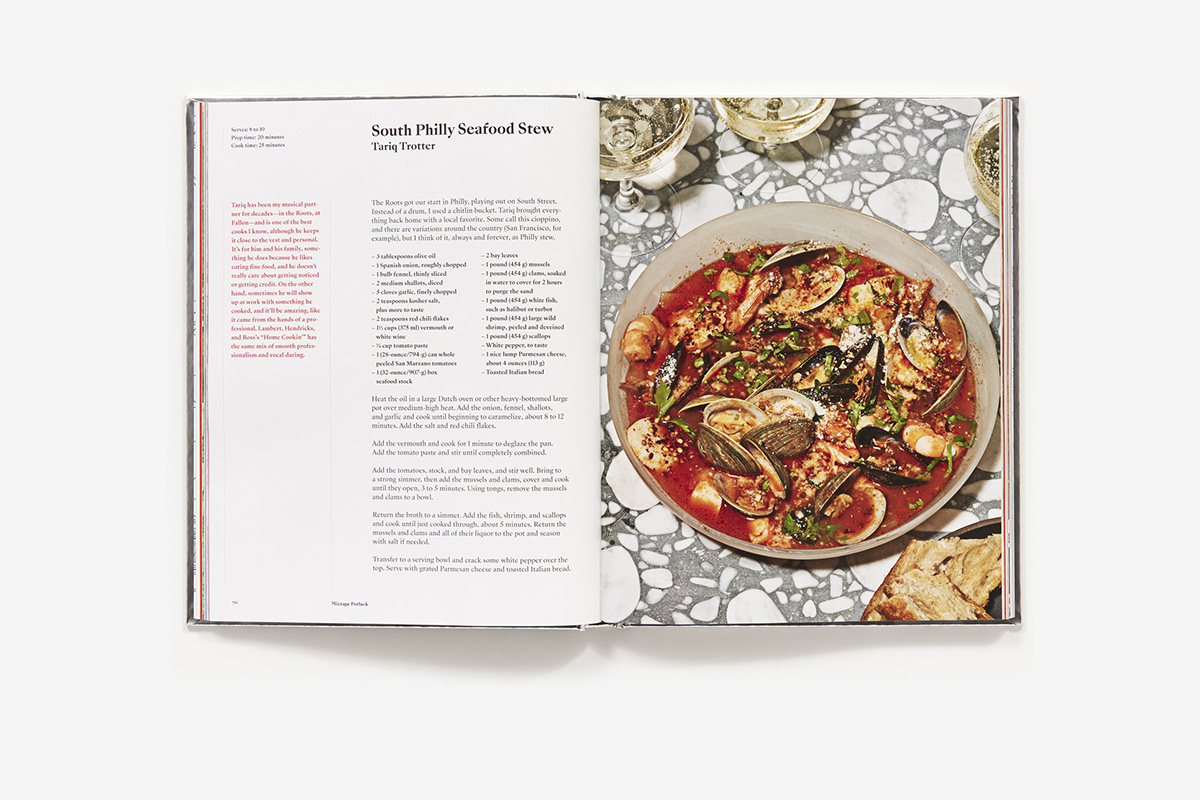 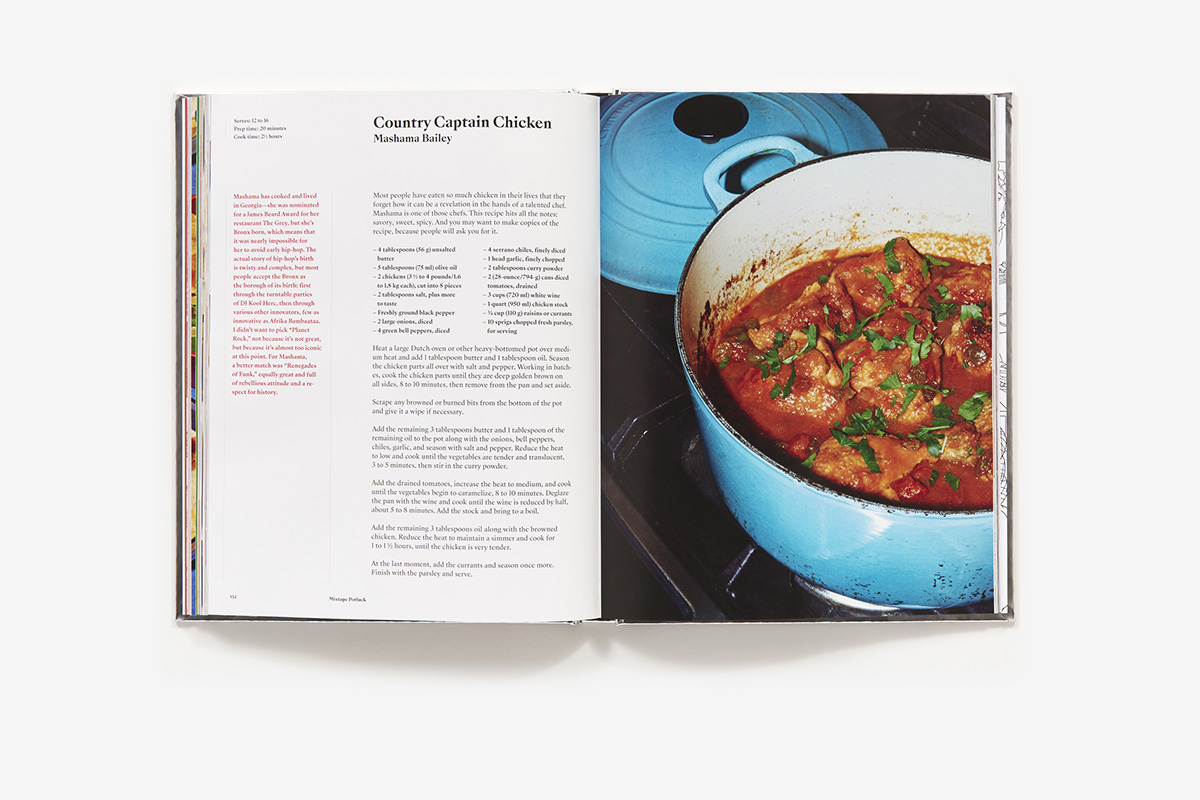 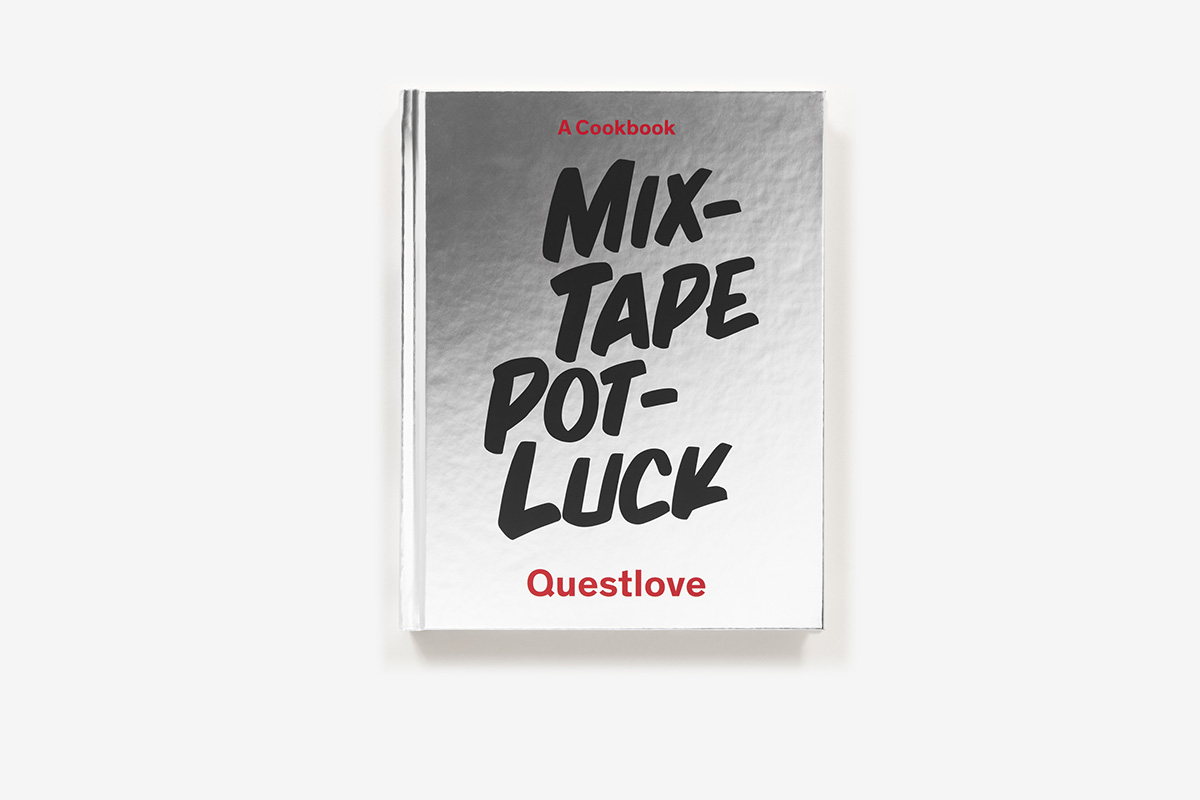 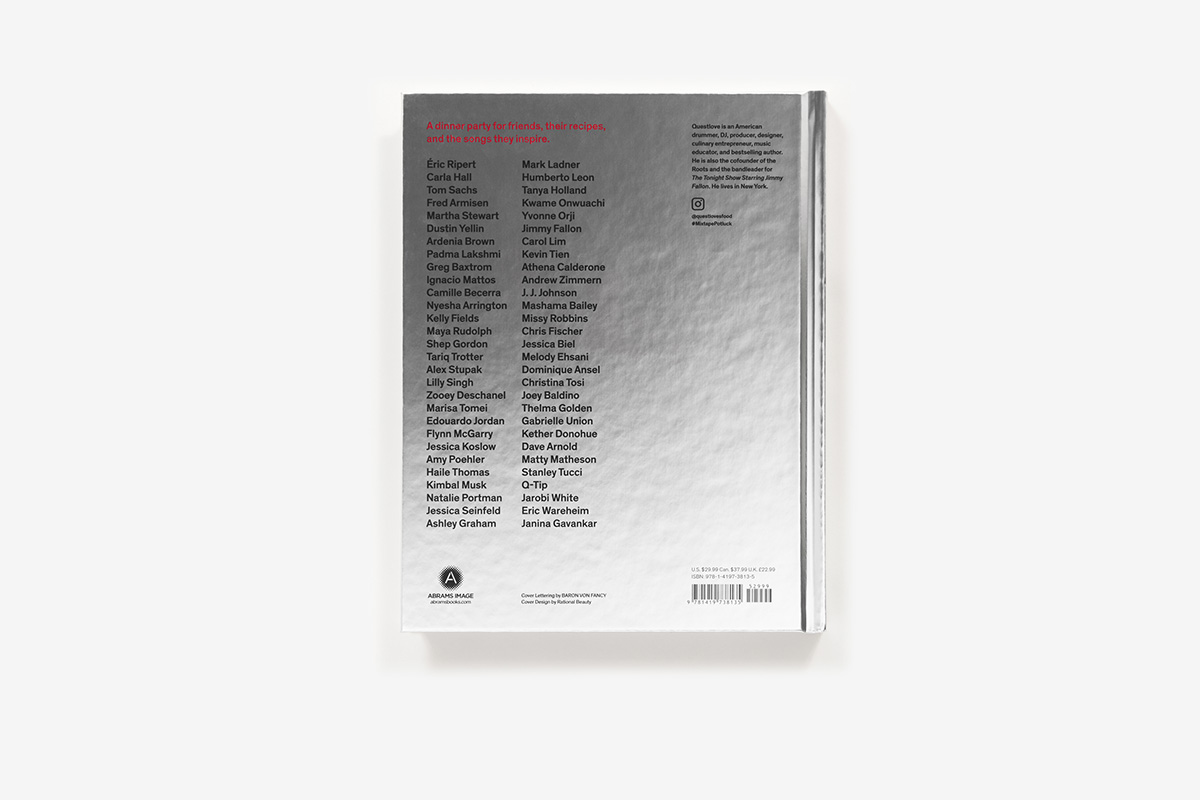 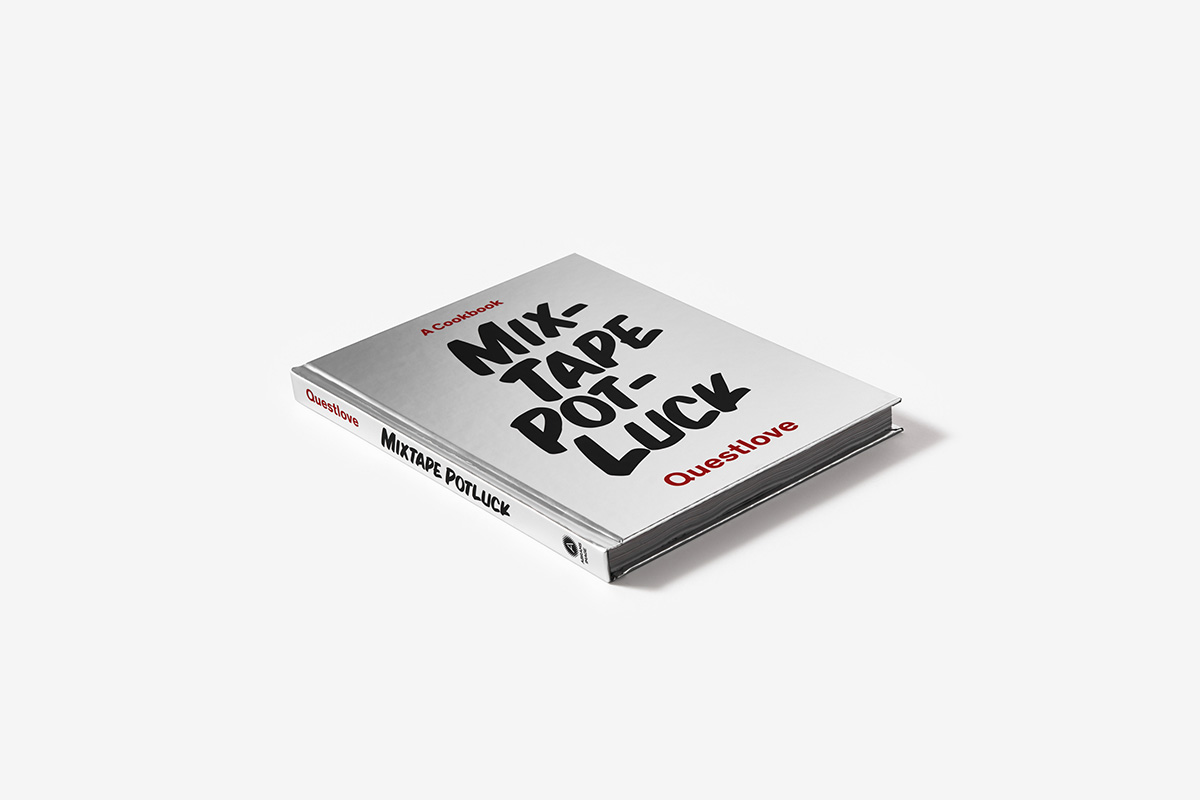 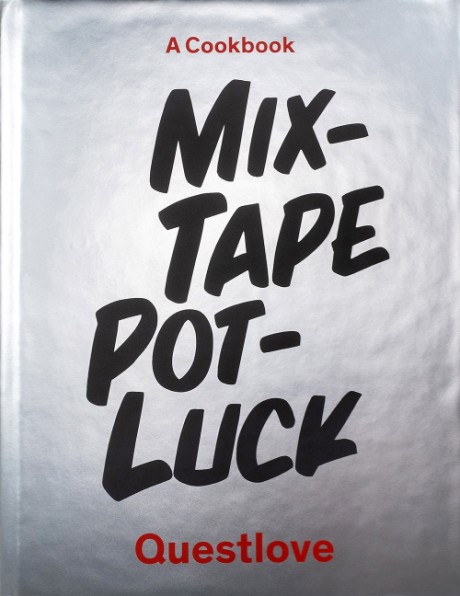 A Dinner Party for Friends, Their Recipes, and the Songs They Inspire

“Mixtape Potluck never wavers from its earnest stated intent: to help readers plan the best possible dinner party.” —Eater
“Thank you, Questlove, for this inspired book on a theme that is having a resurgence.” —Martha Stewart, from her foreword

What if Questlove threw a dinner party and everyone came? Questlove is best known for his achievements in the music world, but his interest in food runs a close second. He has hosted a series of renowned food salons and conversations with some of America’s most prominent chefs.

Now he is turning his hand to creating a cookbook. In Mixtape Potluck Cookbook, Questlove imagines the ultimate potluck dinner party, inviting more than 50 chefs, entertainers, and musicians and asking them to bring along their favorite recipes. These recipes are usually enough to feed a dozen or more. Here are:

He also pairs each cook with a song that he feels best captures their unique creative energy. The result is not only an accessible, entertaining cookbook, but also a collection of Questlove’s diverting musical commentaries and an illustration of the fascinating creative relationship between music and food.

With Questlove’s unique style of hosting dinner parties and his love of music, food, and entertaining, this book will give readers unexpected insights into the relationship between culture and food.

Note: The cover material for this book is meant to mimic the texture and tactile quality of tinfoil and is intentional.

“Don’t forget to pick up a copy of Questlove’s Mixtape Potluck to add to your cookbook collection! It’s really one-of-a-kind and from my opinion as a cookbook lover, it’s kind of the one we have been waiting for.”
Drew Barrymore —

Questlove is an American drummer, DJ, producer, designer, culinary entrepreneur, music educator, and bestselling author. He is also the cofounder of the Roots and the bandleader for The Tonight Show Starring Jimmy Fallon. He lives in New York.