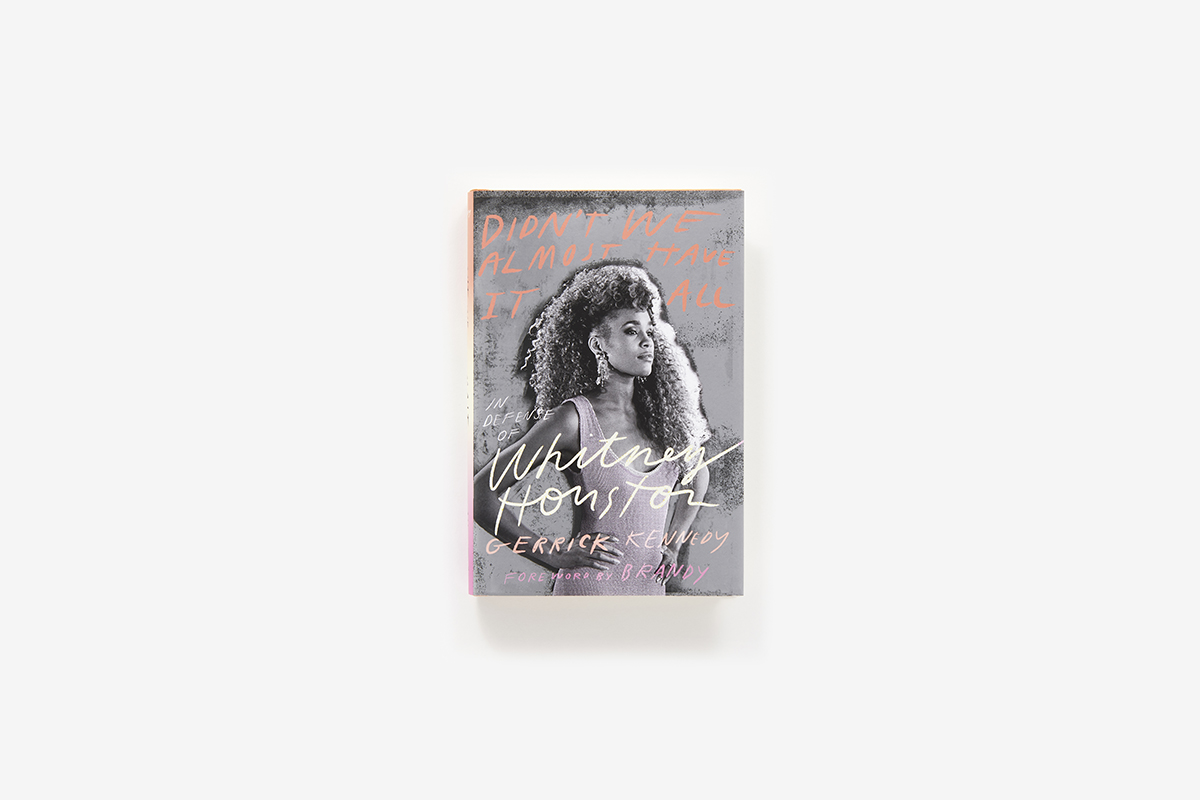 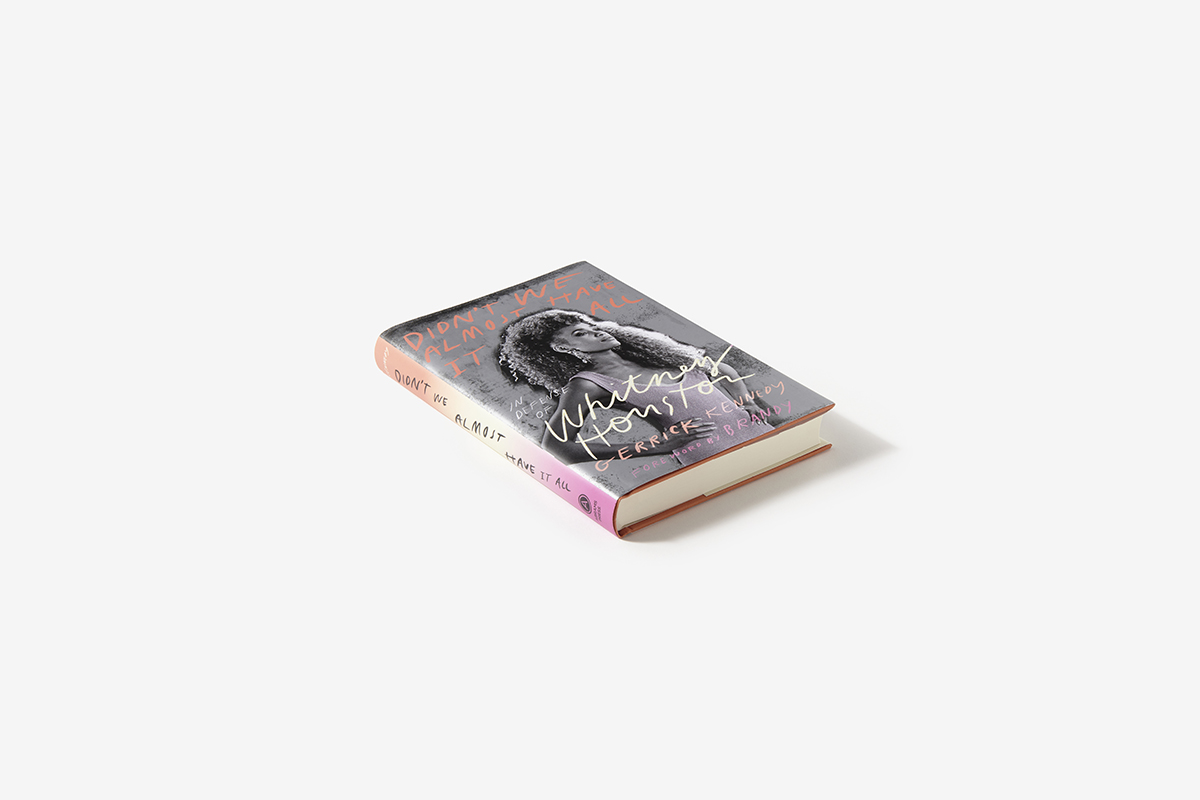 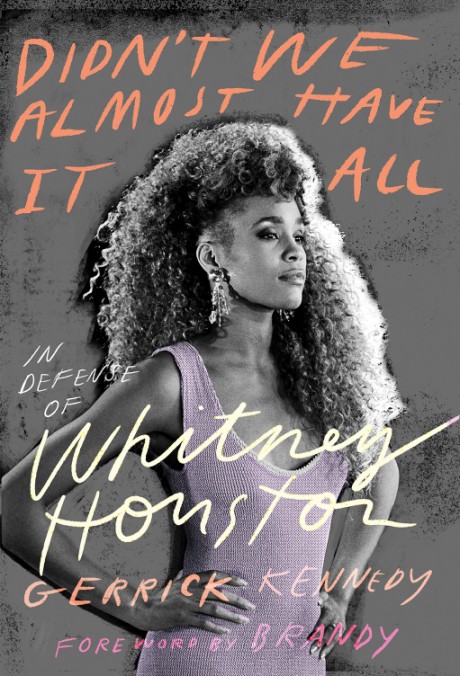 Didn't We Almost Have It All

In Defense of Whitney Houston

By Gerrick Kennedy
Foreword by Brandy

A candid exploration of the genius, shame, and celebrity of Whitney Houston a decade after her passing

On February 11, 2012, Whitney Houston was found submerged in the bathtub of her suite at the Beverly Hilton Hotel. In the decade since, the world has mourned her death amid new revelations about her relationship to her Blackness, her sexuality, and her addictions. Didn’t We Almost Have It All is author Gerrick Kennedy’s exploration of the duality of Whitney’s life as both a woman in the spotlight and someone who often had to hide who she was. This is the story of Whitney’s life, her whole life, told with both grace and honesty.

Long before that fateful day in 2012, Whitney split the world wide open with her voice. Hers was a once-in-a-generation talent forged in Newark, NJ, and blessed with the grace of the church and the wisdom of a long lineage of famous gospel singers. She redefined “The Star-Spangled Banner.” She became a box-office powerhouse, a queen of the pop charts, and an international superstar. But all the while, she was forced to rein in who she was amid constant accusations that her music wasn’t Black enough, original enough, honest enough.

Kennedy deftly peels back the layers of Whitney’s complex story to get to the truth at the core of what drove her, what inspired her, and what haunted her. He pulls the narrative apart into the key elements that informed her life—growing up in the famed Drinkard family; the two romantic relationships that shaped the entirety of her adult life, with Robyn Crawford and Bobby Brown; her fraught relationship to her own Blackness and the ways in which she was judged by the Black community; her drug and alcohol addiction; and, finally, the shame that she carried in her heart, which informed every facet of her life. Drawing on hundreds of sources, Kennedy takes readers back to a world in which someone like Whitney simply could not be, and explains in excruciating detail the ways in which her fame did not and could not protect her.

In the time since her passing, the world and the way we view celebrity have changed dramatically. A sweeping look at Whitney’s life, Didn’t We Almost Have It All contextualizes her struggles against the backdrop of tabloid culture, audience consumption, mental health stigmas, and racial divisions in America. It explores exactly how and why we lost a beloved icon far too soon.

“In this stirring work, journalist Kennedy reexamines ‘all that Whitney was and all that she was never able to be’...the author both celebrates the legendary singer’s inimitable talent and offers a rousing critique of oppressive systems still at work today. This is a must-read for fans.”

“A collection of unsparing, deeply personal essays on the singer’s life and career that arrives 10 years after her death...Kennedy’s book, unlike so many before it, is not a gossipy biography but a collection of often powerful meditations on Whitney’s life and the culture that failed her”.

“A decade after Houston’s death, journalist Gerrick Kennedy celebrates the music legend’s triumphs in a judgment-free exploration of her life following a foreword by Brandy.”

“A candid exploration of Houston’s talent, dysfunction and fame beyond the tabloid headlines...It seriously considers her impact on music, pop culture, race and the author’s own life as a queer Black man.”
Los Angeles Times —

“By contextualizing her career, this book is far from a simple biography or tell-all, and feels like, what Wills described as ‘a collective apology’ to a beloved icon.”
The Grio —

“The great strength of this book is that Kennedy—who sees Houston through the lens of the Black Lives Matter, #MeToo and LGBTQ+ movements o f the last decade—refuses to pass judgment. Instead, he seeks to understand Houston’s struggles as evidence of a woman who shouldered an enormous burden—not just as a pop icon, but as a deeply devout queer Black artist forced to inhabit an unforgiving premade identity...Thoughtful reading for Houston fans and music historians alike.”
Kirkus Reviews —

“Kennedy’s winning argument invites readers to focus on Houston's triumphs: the ceilings she broke and the pathways she paved. Particularly impactful is Kennedy’s work to locate Houston's legacy in a historical-cultural context, retrieving, for example, the no longer-sung, racist third verse of ‘The Star-Spangled Banner’—which she breathtakingly performed in 1991—and contemplating the meaning of a Black woman performing the national anthem at such a profound level.”
Booklist —

“Tackle Didn’t We Almost Have It All...and you can expect to see things you already know, but you can also expect to be delighted. It’s a fan’s book, for sure, and reading it might be the greatest love of all...There’s a lot of introspection in it, as well as a shift in how we think about our celebrities.”
Jacksonville Free Press —

Gerrick Kennedy is an award-winning journalist, cultural critic, and author based in Los Angeles. Kennedy is the author of Parental Discretion Is Advised: The Rise of N.W.A and the Dawn of Gangsta Rap. His writing has appeared in GQ, WSJ. Magazine, NPR Music, Spin, Playboy, Teen Vogue, Shondaland, Cultured Magazine, Men’s Health, and the Los Angeles Times.