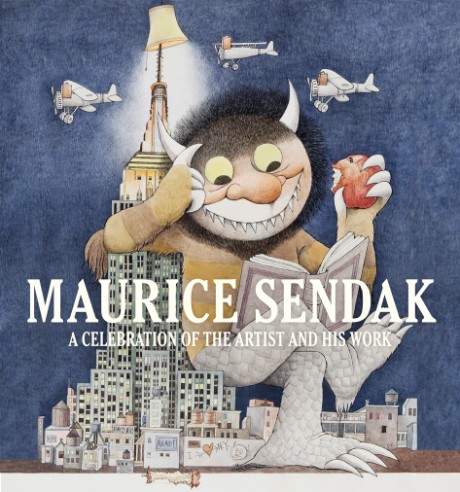 Maurice Sendak: A Celebration of the Artist and His Work

The preeminent children's book artist of the twentieth century, Maurice Sendak and his sixty-year career are celebrated in this full-color catalog of more than two hundred images being exhibited at the Society of Illustrators in New York City from June 11–August 17, 2013. Accompanied by twelve essays by such noted scholars and historians as Leonard S. Marcus, Iona Opie, Steven Heller, and Paul O. Zelinsky, Maurice Sendak: A Celebration of the Artist and His Work showcases the collection of Justin G. Schiller and Dennis M. V. David, prominent authorities on Sendak's artwork, and is a deeply personal and thoughtful tribute to a seminal artist whose singular vision has captured the imaginations of countless children and grown-ups throughout the world.

Praise for Maurice Sendak: A Celebration of the Artist and His Work

"A must-have for Sendak fans." —BookPage.com

Justin G. Schiller is a collector and rare book dealer (Justin G. Schiller Ltd. is the oldest specialist in antiquarian children’s books). He was one of the principal founders of the International Wizard of Oz Club in 1957 (in 1956, at the age of twelve, his collection of L. Frank Baum Oz books went on exhibit at Columbia University for the centenary of the author’s birth). Schiller helped finance his college education by issuing rare-book catalogues from his dormitory. In 1964 he was one of two American undergraduates selected for an eight-week Shakespeare symposium at Stratford-on-Avon, graduating the following year with honors in English Renaissance literature. Schiller is the author of a number of journal and magazine articles, including “Sendak All Around” (2003), as well as the catalogue Sendak in Asia (1996), and the books Realms of Childhood (1983), Nonsensus (1988), Digging for Treasure: An Adventure in Appraising Rare and Collectible Children’s Books (1998), and Pioneering Collectible Children’s Books (2002). Since 1967 he has compiled catalogues for various museum exhibitions throughout the United States and the world.

Dennis M. V. David came to the United States from his native Philippines in 1980 for graduate studies toward a master’s degree in biology. Soon after, he was introduced to the world of rare children’s books and Maurice Sendak. He studied paper conservation and restoration, learned how to research and catalogue old books, and ultimately began doing rare-book appraisal. Following the death of Arnold Lobel and evaluating the artwork in his estate, David collaborated with Justin Schiller to create Battledore Ltd. in 1988 as a business promoting illustration art. The 2013 Maurice Sendak exhibition at the Society of Illustrators also celebrates the twenty-fifth anniversary of Battledore.

Leonard S. Marcus is among the leading authorities on children’s books and their creators. His own award-winning books include Margaret Wise Brown: Awakened by the Moon; Dear Genius: The Letters of Ursula Nordstrom; Minders of Make-Believe; The Annotated Phantom Tollbooth; and Show Me a Story! A frequent contributor to the New York Times Book Review and the Horn Book Magazine, Marcus is a founding trustee of the Eric Carle Museum of Picture Book Art and teaches a popular course on childr