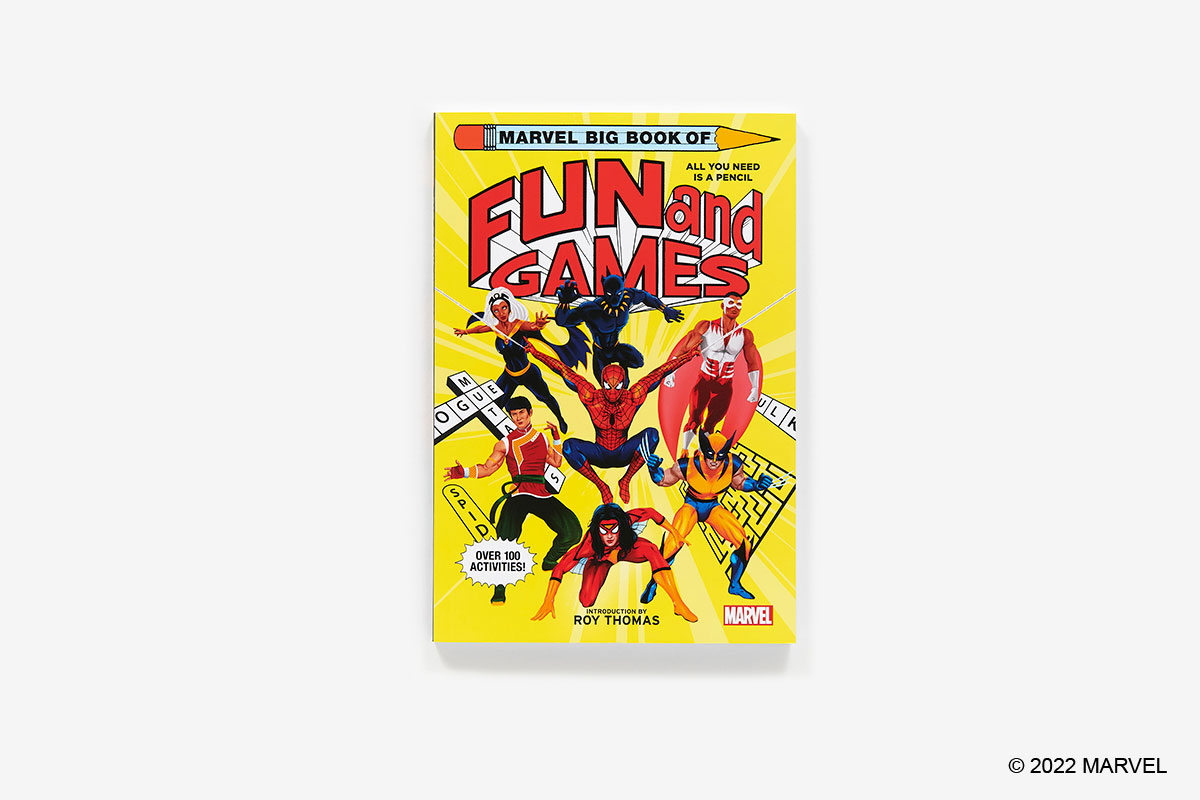 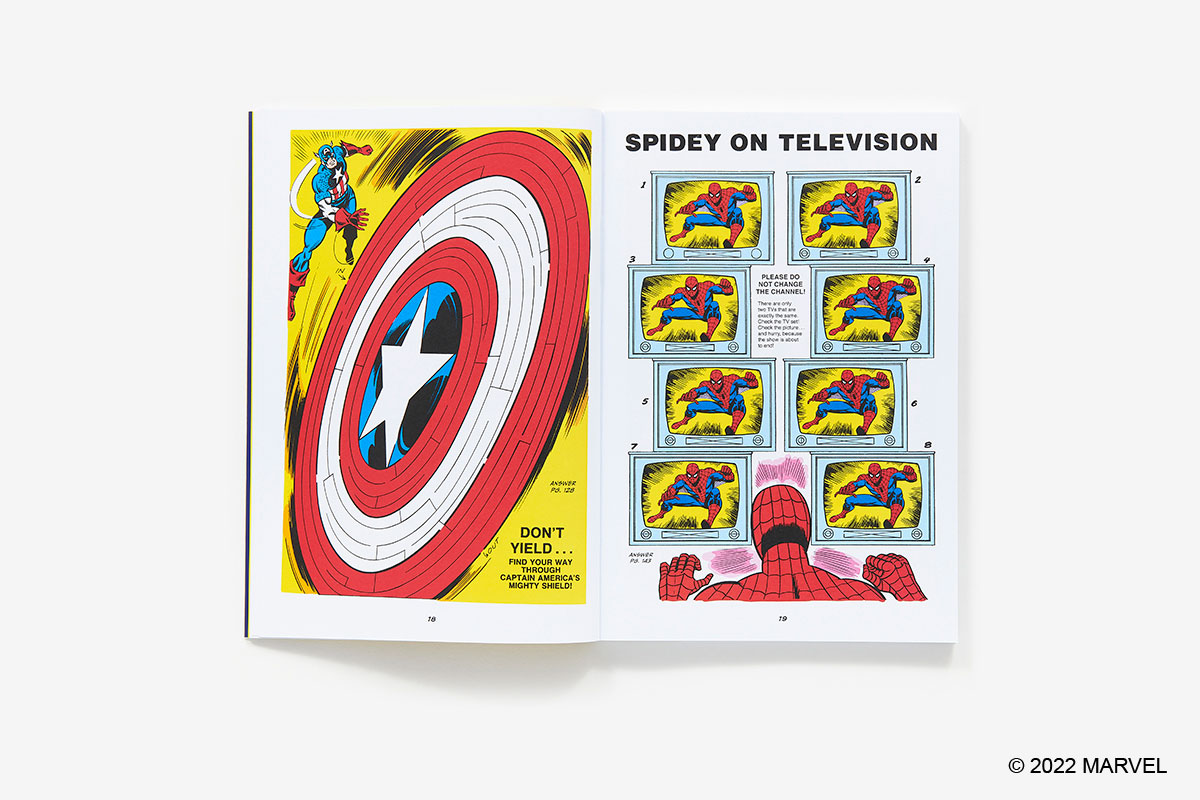 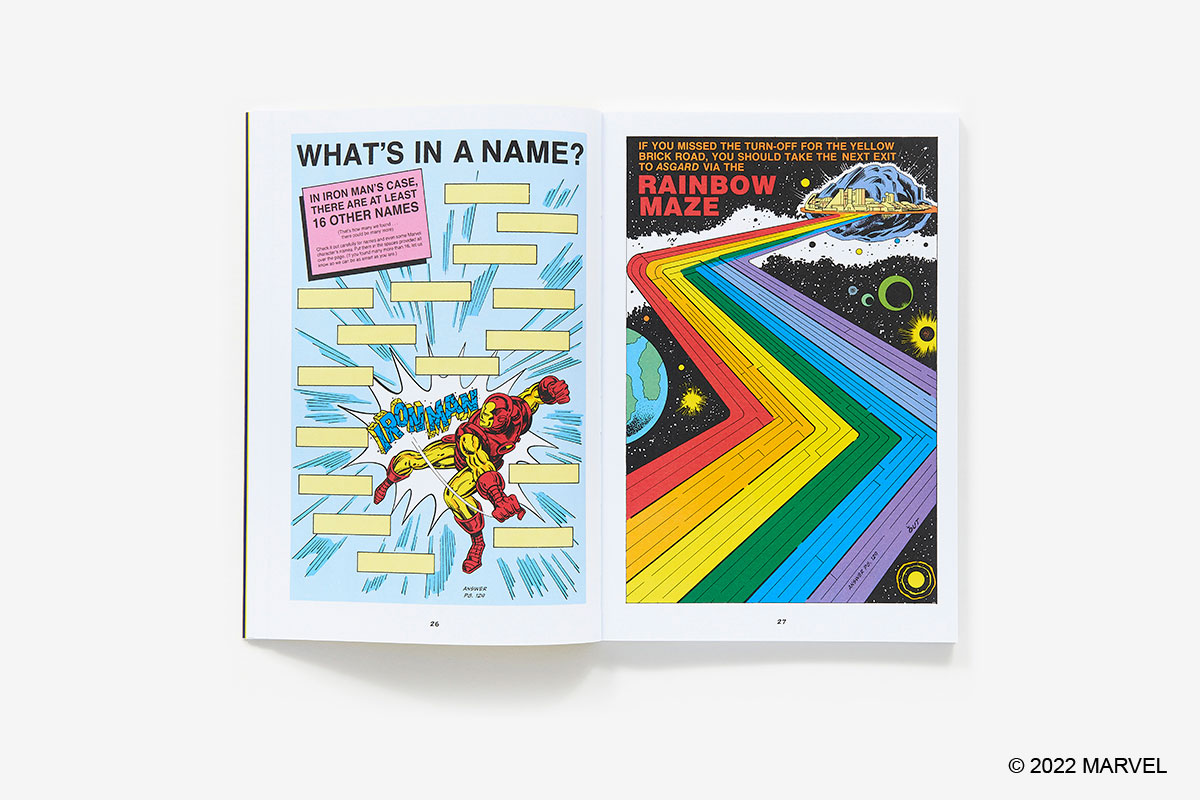 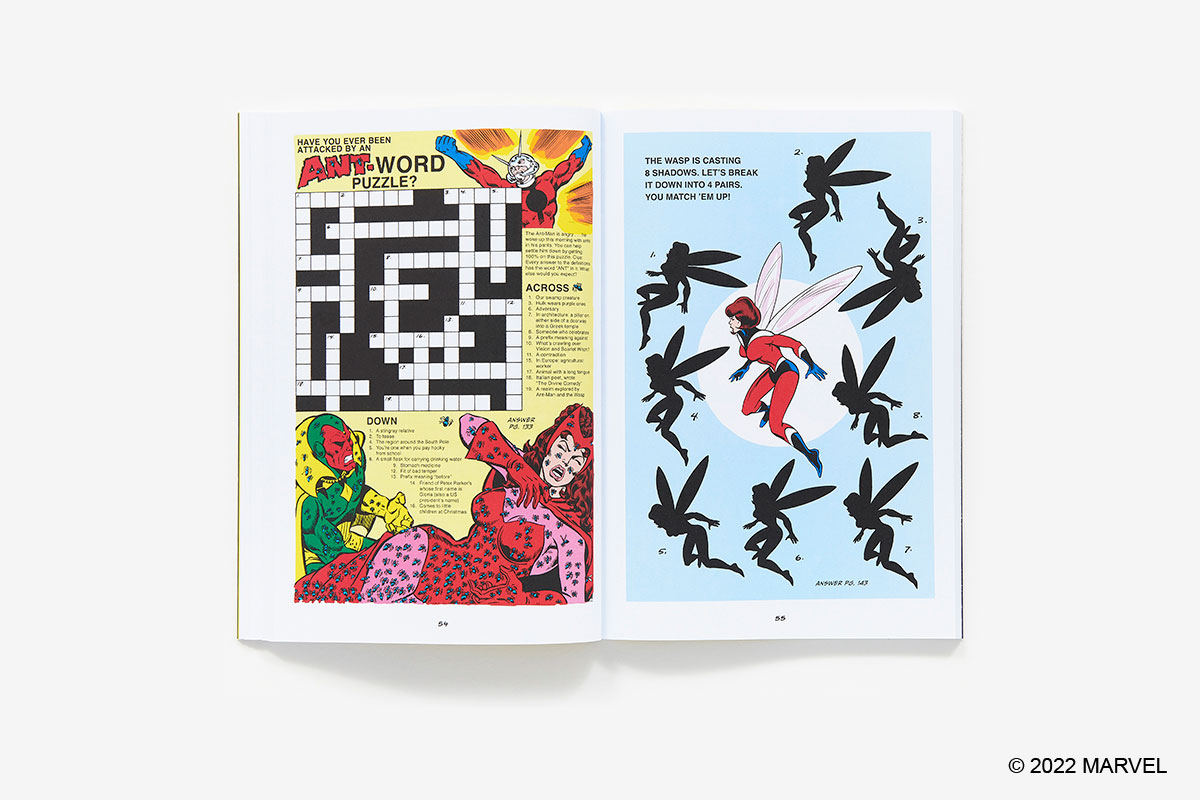 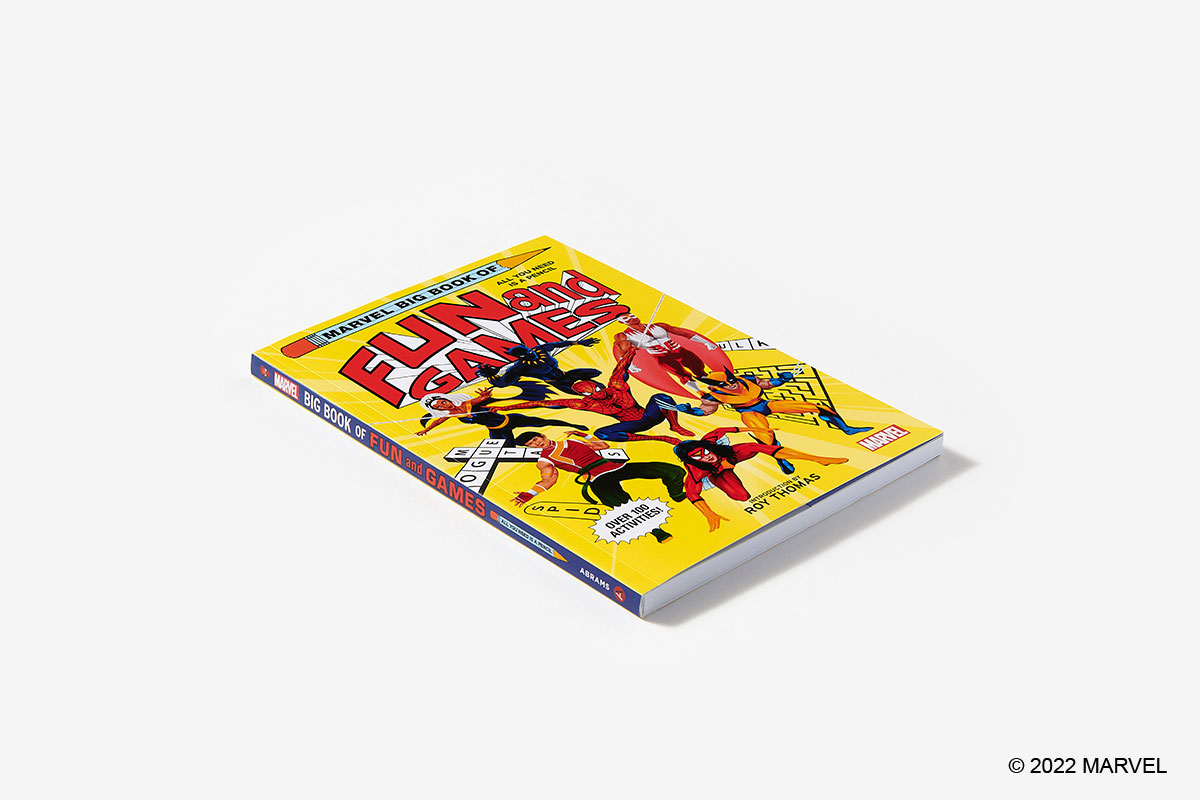 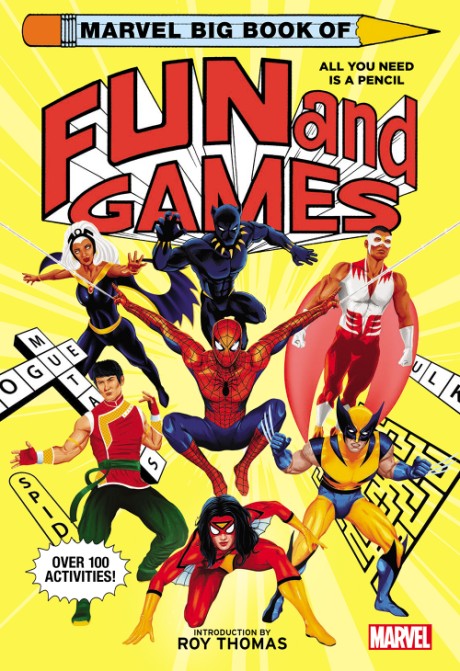 Can you solve riddles with the genius of Iron Man? Spot the Invisible Woman before she disappears? Crack Nick Fury’s secret codes?

Hulk-smash through every challenge and help your favorite Marvel characters conquer the most head-scratching, pulse-pounding puzzles and games in the Multiverse. Journey through Doctor Strange’s mystic maze, unscramble Spider-Man’s word webs, weather Storm’s seek-and-find, fly through word searches faster than Falcon, and learn to conjure the Scarlet Witch—all you need is a pencil. Featuring crosswords, mazes, word searches, trivia, drawing tutorials, connect-the-dots, and more from Marvel’s Fun and Games magazine, this a-maze-ing compendium is a throwback to classic comics and an activity-packed adventure perfect for Marvel fans young and old.

Marvel Entertainment, LLC, a wholly owned subsidiary of The Walt Disney Company, is one of the world’s most prominent character-based entertainment companies, built on a proven library of more than 8,000 characters featured in a variety of media over 80 years. Marvel utilizes its character franchises in entertainment, licensing, publishing, games, and digital media. For more information, visit marvel.com. Roy Thomas has been a comic book writer and editor since 1965, primarily for Marvel Comics and DC Comics. Inducted into the Will Eisner Comic Book Hall of Fame in 2011, he currently edits Alter Ego magazine, and writes the online Tarzan strips and the occasional comic book. Thomas is also the author of two definitive histories for Taschen—75 Years of Marvel Comics: From the Golden Age to the Silver Screen and The Stan Lee Story. He lives in rural South Carolina. Doaly is a UK-based graphic designer and digital illustrator with a passion for storytelling. His clients include the BBC, Disney, Pixar, Marvel, Lucasfilm, Warner Bros, 20th Century Fox, Sony Pictures, Wired, Sony Playstation, and Image Comics. In recent years he has migrated his skills to comic book covers for properties including Spider-Man, MODOK, X-Men, Marauders, and Radiant Black.