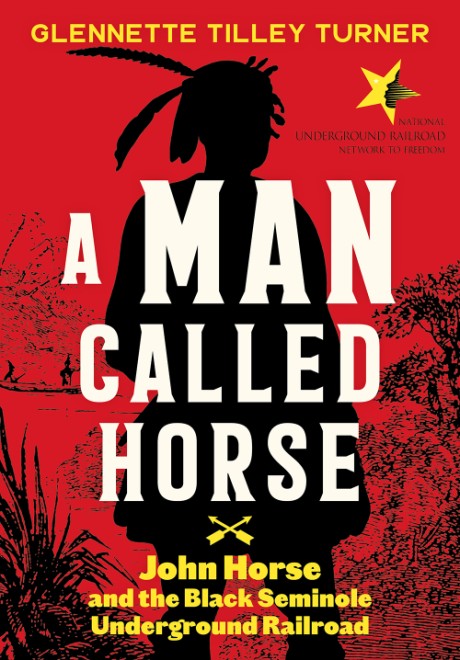 A daring account of Black Seminole warrior, chief, and diplomat John Horse and the route he forged on the Underground Railroad to gain freedom for his people

John Horse (c. 1812–1882, also known as Juan Caballo) was a famed chief, warrior, tactician, and diplomat who played a dominant role in Black Seminole affairs for half a century. His story is central to that of the Black Seminoles—descendants of Seminole Indians, free Blacks, and escaped slaves who formed an alliance in Spanish Florida. A political and military leader of mixed Seminole and African heritage, Horse defended his people from the US government, other tribes, and slave hunters.

A Man Called Horse focuses on the little-known life of Horse while also putting into historical perspective the larger story of Native Americans and especially Black Seminoles, helping to connect the missing “dots” in this period. After fighting during the Second Seminole War (1835–1842), one of the longest and most costly Native American conflicts in US history, Horse negotiated terms with the federal government and later became a guide and interpreter. Forced to relocate, he led a group of Black Seminoles to find a new home, first heading westward to Texas and later to Mexico.

Turner worked with descendants of Horse, who provided oral histories as well as many photographs and other artifacts. Her expertly researched and vetted biography depicts Horse as a complex, fascinating figure who served in many varied roles, including as a counselor of fellow Seminole leaders, an agent of the US government, and a captain in the Mexican army. But no matter the part he played, one thing remained constant: whether in battle or at the negotiating table, Horse fought tirelessly to help his people survive. The story of John Horse is a tale of daring, intrigue, and the lifelong quest for freedom.

The book includes black-and-white archival photos throughout (though the book is designed in full color), as well as a map, timeline, author's note, endnotes, and select bibliography.

"The book is written in an easy-to-digest manner. . .it is an excellent introduction to the history of the Seminole. A worthy celebration of a life too little known."
Kirkus Reviews —

Glennette Tilley Turner has written nine children’s books, including Fort Mose, An Apple for Harriet Tubman, and Running for Our Lives. She has also written collections of biographies of notable African Americans for adults, and she serves as an advisor to the National Park Service, where she helps plan programs for the national historic Underground Railroad trail. Turner has a master’s degree in history and children’s literature; has spoken at ALA, NCTE, BCALA, and the Library of Congress; has presented at Illinois library, historical, and reading organizations; and taught in the Chicago Public School system for many years. She has received numerous awards and accolades for her writing and was inducted into International Literary Hall of Fame for Writers’ of African Descent at the Gwendolyn Brooks Center of Chicago State University. She lives in Wheaton, Illinois.