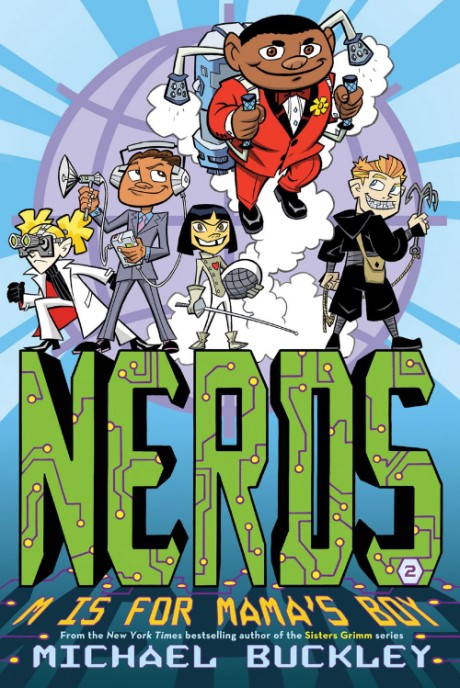 The last time we met the NERDS, a team of superspies operating out of their school basement, they were using their high-tech abilities to stop an evil genius from destroying the world. Now they’re up against one of their own—a former teammate determined to destroy them. His unlikely henchman? A computer genius who still lives with his mom.

The evil duo manage to strip the spies of their incredible abilities. Can Duncan “Gluestick” Dewey and the rest of the NERDS team fight evil using just old-fashioned bravery and smarts?

Michael Buckley is the author of The Sisters Grimm, a New York Times bestselling series and a Today Show Al Roker Book Club pick. He has also written and developed shows for such networks as the Cartoon Network, Nickelodeon, and Disney. He lives with his family in Brooklyn, New York. Visit teamnerds.com.