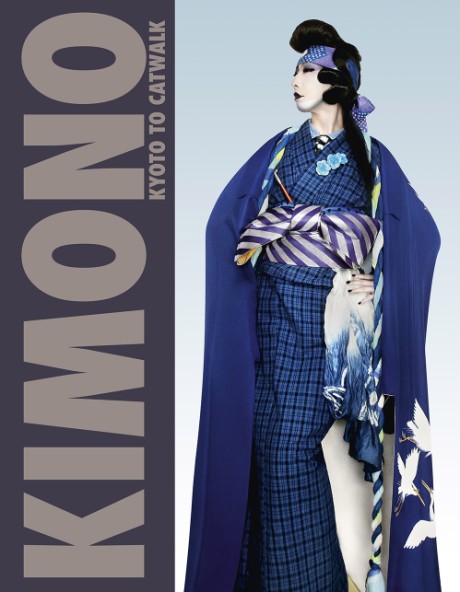 The rich, complex, and beautiful kimono

The kimono—worn by women, men, and children—is the ultimate signifier of Japan: revered within the country as the embodiment of national culture and regarded internationally as an exotic fascination. Often viewed as a simple, unchanging garment, the kimono has been equated with“ tradition” and seen as something static and timeless. This book, published to accompany a major exhibition at the V&A, London, presents the kimono as dynamic and fashionable, and explores its significance in historical and contemporary contexts, both in Japan and in the West. Beautifully illustrated,it includes more than 200 kimono from collections at the V&A and around the world, as well as examples of the ways in which they have been represented in paintings, prints, and photographs, and interpreted more recently in popular culture and fashion, from Björk to David Bowie, John Galliano to Issey Miyake.

“The kimono . . .cannot simply belong to Japan, or it will disappear. This is not a ceremonial garment. It’s fashion; it always has been. And fashion is for everybody.”
Vogue Magazine, Jataro Saito —

“The photos of young women mashing up western, eastern, modern and historic fashion into kimono-based outfits at the close of the show are characterized by playfulness, joy and creativity – exactly what keeps any fashion truly alive."
Time Out —

“Kimono: Kyoto to Catwalk is a must-see (exhibition) and is set to be one of the hottest exhibitions of the year.”
Tatler —

“In late February, the Victoria & Albert Museum (V&A) in London opened "Kimono: Kyoto to Catwalk," advertised as the first major European exhibition dedicated to the garment. Presenting 84 kimonos dating as far back as the 1660s, the show traces how the kimono became a truly global garment worn, sold, riffed on and reinvented by artisans, designers and fashion-lovers around the world.”
CNN —

Anna Jackson is keeper of the Asian department at the V&A.