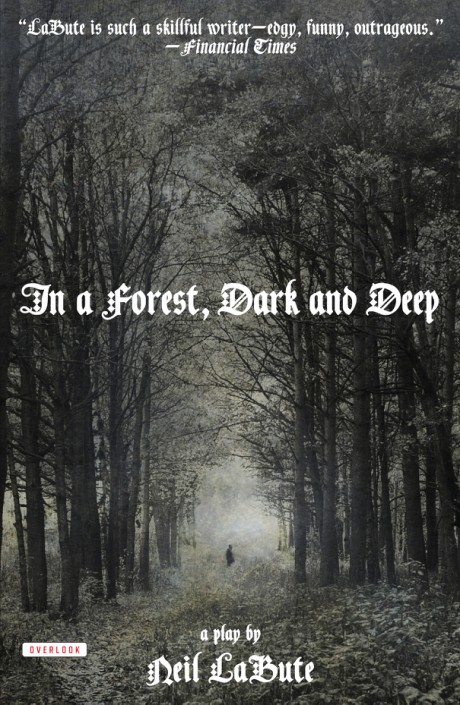 In a Forest, Dark and Deep

She's a college professor with a prim demeanor, and he's a carpenter with a foul mouth and violent streak. Betty has a history of promiscuity that Bobby won't let her forget, and from their first taunting exchanges there are intimations also of the history between them. Yet on the night when Betty urgently needs help to empty her cabin in the woods--the cabin she's been renting to a male student--she calls on Bobby. In this exhilarating play of secrets and sibling rivalry, which had its premiere in London's West End in 2011, Neil LaBute unflinchingly explores the dark territory beyond, as Bobby sneeringly says, "the lies you tell yourself to get by."