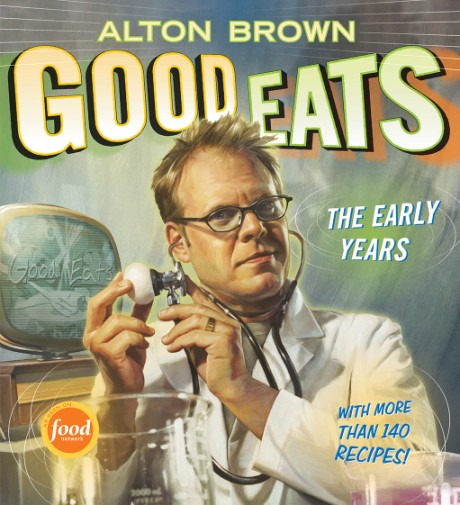 Alton Brown is a foodie phenomenon: a great cook, a very funny guy, and—underneath it all—a science geek who's as interested in the chemistry of cooking as he is in eating. (Well, almost.) Here, finally, are the books that Brown's legion of fans have been salivating for—two volumes that together will provide an unexpurgated record of his long-running, award-winning Food Network TV series, Good Eats.

From "Pork Fiction" (on baby back ribs), to "Citizen Cane" (on caramel sauce), to "Oat Cuisine" (on oatmeal), every hilarious episode is represented. Each book—the second will be published in fall 2010—is illustrated with behind-the-scenes photos taken on the Good Eats set. Each contains more than 140 recipes and more than 1,000 photographs and illustrations, along with explanations of techniques, lots of food-science information (of course!), and more food puns, food jokes, and food trivia than you can shake a wooden spoon at.

Alton Brown is the writer, director, and host of the Food Network show Good Eats, which won a 2007 Peabody Award, and is the expert commentator on Iron Chef America. In 2004 his STC book I’m Just Here For the Food won the James Beard Award for in the reference category. Brown lives in Georgia with his wife and daughter.