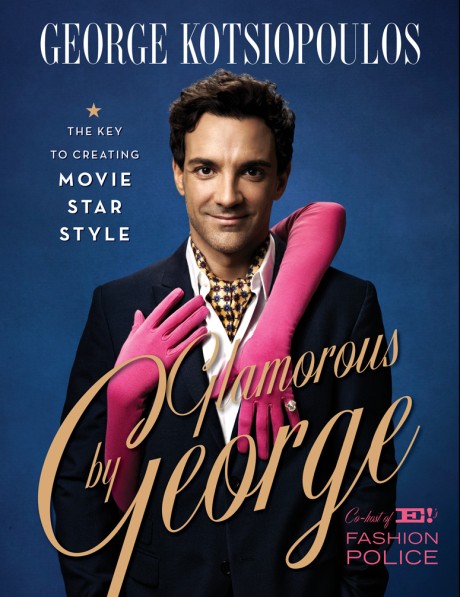 The Key to Creating Movie-Star Style

With the advent of inexpensive but beautifully designed clothing available nationwide, elegance is within everyone’s reach. And George Kotsiopoulos—the breakout star of TV’s Fashion Police—will show you the way. Glamorous by George offers easy-to-achieve tips for looking like a movie star. Through practical advice and blunt observations, this simple, no-nonsense guide is accessible to people of all ages and income levels. George addresses clothing, accessories, and fashion, as well as the best pieces for different body types and skin color. And because movie-star style also extends to surroundings, Glamorous by George also guides readers to budget-friendly ideas for easy decorating and entertaining.

George Kotsiopoulos is a fashion editor, consultant, and stylist. He is currently the cohost of the hugely popular series Fashion Police on E!. Kotsiopoulos began his career in the style department at the New York Times Magazine. In 2011 and 2012, he was named one of the Hollywood Reporter’s “25 Most Powerful Stylists in Hollywood” and was featured in the coveted OUT100, Out magazine’s annual list of the most influential people in the LGBT communities.

Praise for Glamorous by George:

“In his new book Glamorous By George, celeb stylist and fashion-police man George Kotsiopoulos lays down the law on how to look like Angelina—without the glam squad.”  —Cosmopolitan

“In his new book, Glamorous by George, Kotsiopoulos brings his witty banter and high-fashion knowledge to readers, providing advice on subjects ranging from closet organization to being the perfect party host.” —The Daily Beast